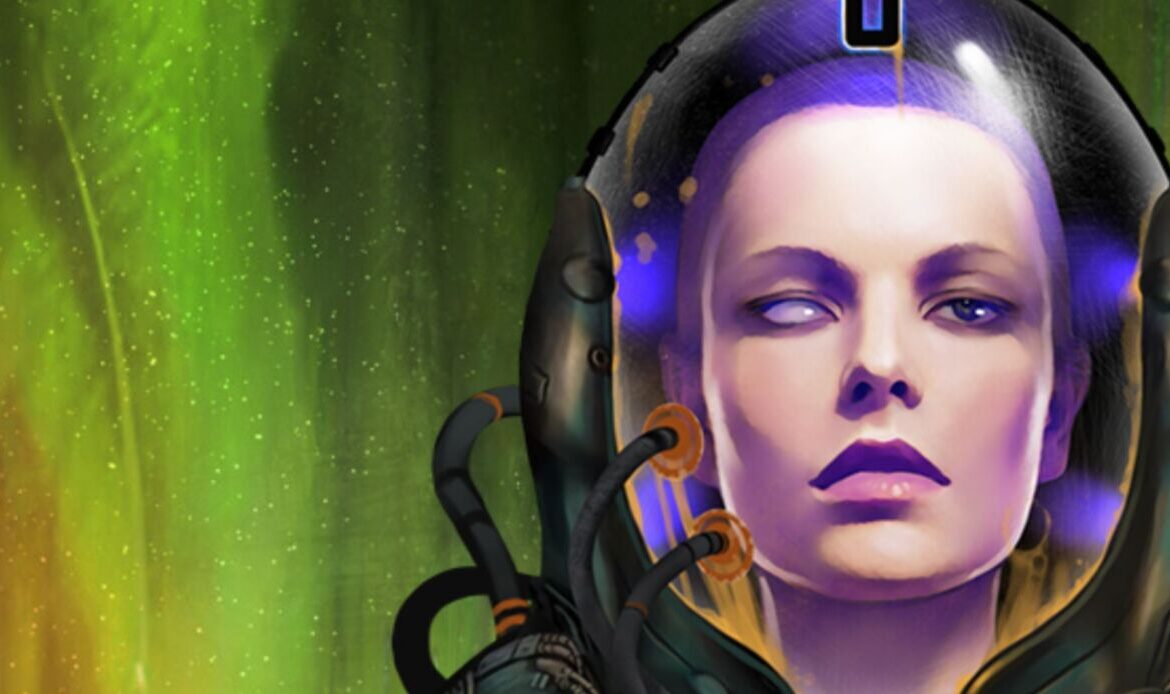 Out There review
Home
Gaming
Game Reviews
Out There: Oceans of Time (PC) REVIEW – Lost in Space 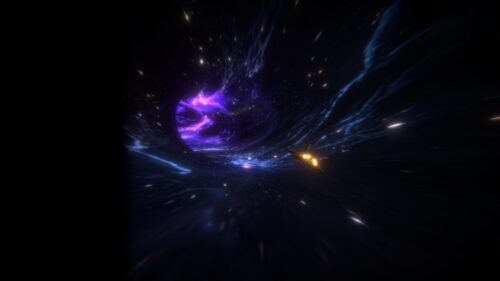 Space exploration has always captivated the mind, so much so that many sci-fi games, be it strategy or otherwise, include exploration as a major part of gameplay. While it may not be strictly a strategy game, the Out There series of games wears its space adventuring heart on its sleeve, with the 2014 indie original captivating with its solid presentation and vibrant presentation of its world. Is the next step in the series, Out There: Oceans of Time, a marvelous wonder of space or does it get trapped by a black hole of mediocrity, forever lost?

Out There is a turn-based resource management and exploration game where you’ll be thrown thousands of years into the future where space travel is common. However, humanity isn’t a dominant space-faring species but is instead part of a galactic struggle for dominance between rival factions. There’s a central narrative thread that runs through the game, but mostly players will be traveling from system to system, exploring planets, harvesting resources, interacting with random events, engaging in hex-based expeditions, and managing their spaceship.

The game only has a single narrative campaign mode, which is certainly lengthy and offers plenty of space to travel — but it’s unlikely that you’ll want to. The central conflict within the story is potentially interesting, yet the world-building and context are all rather confusing and poorly presented, making it difficult to understand what’s going on politically or diplomatically.

In the audio and visual department, Out There is unimpressive and bland at worst and serviceable at best, which immediately raises some red flags, as these are arguably some of the most important components of any adventure game in this day and age. The 3D character models in particular lack detail and have this washed-out look to them in their textures, which makes the game feel low budget and without any particularly unifying artistic vision. The choice to go with 3D is especially odd, given that the original’s 2D style gave it a distinct appearance and plenty of vibrancy and life to the world, and there are hints of that style in the 2D character portraits.

Aside from the questionable level of graphical detail, the alien designs are quite neat, wacky, and creative, but you don’t meet new aliens quite often enough to really appreciate the work here. The audio doesn’t fare much better than the visuals with a generic electro and synth drone pervading the entire game without a single memorable track.

Unfortunately, where Out There really drops the ball is in the gameplay, with the entire game coming across as repetitive, grindy, unengaging, and, dare I say, boring – absolutely criminal for an adventure game set in space. The overall feeling is that the game’s current state is like the initial disastrous launch of No Man’s Sky without the unique technology or massive potential to back it up.

The core resource gathering and management mechanic involves players endlessly landing on empty planets and pressing the drill button over and over, while occasionally fixing the drill or hydrogen probe due to overuse. Alternatively, you can get resources from trading with villages or refining minerals and plants to restock your ship’s cargo holds. Ultimately, though, refining is wholly unengaging and yawn-inducing as you click a button and wait for a yellow circle to fill up for every mineral that you need to refine. There’s nothing the player can do in the meantime but watch on as their own precious time gets pointlessly lost to menial tasks.

There’s an interesting plant system at play, at least on paper, where harvesting organic resources from expeditions can yield special plants that give the crew some bonuses. It’s cool when you get to initially experience this mechanic — until you realize that the only real bonuses or effects plants provide is morale, which in itself has a limited impact on the crew. It feels like this plant system had a lot of potential to explore an innovative feature that often gets ignored or sidelined in space-faring games, but instead, this opportunity is completely wasted.

Throughout your endless jumps and expeditions, your crew will find items they can equip to grant various effects, but most of these are just as shallow as the plant system. Most of the item effects boil down to simply shortening travel time — a way to deal with the slow and grueling pacing of expeditions.

Altogether, resource gathering and management in Out There is an endless game of tedious whack-a-mole to constantly keep the core ship systems as high and healthy as possible. In addition, there’s simply a lack of depth to any of the mechanics to provide even a sliver of a challenge or give the player the ability to customize their ships and characters further to personalize the experience.

Other vital systems simply add to the grindy repetition and make the overall gameplay meaningless. Visiting star systems and landing on planets can trigger random events, which often have somewhat generic writing that does little to enrich the world, but, more egregiously, I regularly noticed the same events repeating, showing just how shallow the game’s world actually is. Planetary environments also repeat way too often and will easily make you think that you’re going in circles and coming back to the same planet over and over again.

Visiting civilized planets or villages on inhospitable planets will often give the opportunity for short interactions with the locals through a greeting event or some other situation. No matter the option you end up selecting, there seems to be an incongruity between what the dialogue box says and its actual gameplay impact, essentially making the interaction meaningless. For example, I offended a shopkeeper to the point of them taking out their weapons and explicitly indicating the party to leave, yet I was still able to make trades with apparently little fuss.

Another major aspect of Out There, the expeditions, are also marred by repetition and a feeling of meaninglessness. There’s almost a complete lack of challenge, aside from avoiding potentially dangerous terrain, which just draws out expeditions even longer. Essentially, expeditions turn into yet another way to get resources, though mostly minerals and plants for the boring refinery and laboratory.

There’s definitely a hint of an interesting idea here, as each character has a set number of action points they can use for active abilities and participating in interactions and events. But again, these abilities usually don’t do much aside from making expeditions quicker and only slightly more bearable.

Perhaps the worst part of expeditions is that they slow the pace of the game way down to the point where you’ll dread sending your crew out on expeditions and instead avoid scanning planets altogether. At least bouncing from planet to planet and drilling for resources has a bearable and rapid enough pace.

There’s perhaps one minor saving grace to Out There, and that’s ship management. Each ship has its own stats and module slots, with each ship class accepting its own set of resources for maintenance, providing some options of player flexibility in resource management and giving each ship a unique gameplay identity. I found that the game picked up after I found a cool-looking crystalline ship that could accept rare metals for its fuel, life support, and hull integrity.

However, the game does its best to subvert even this minor positive in that ship classes repeat way too often, so you’ll need to be lucky or spend a huge amount of time searching for an interesting ship. Finally, ships themselves mostly act as bland transport and cargo vessels without much personality or options to truly make them your own.

The final nail in the coffin for Out There’s poor gameplay is that it fails to provide enough information to you, which will inadvertently make the inevitable back-tracking frustrating and confusing if there’s a particularly useful planet you want to return to. The UI doesn’t help either due to its questionable organization and lack of relevant information in key menus, such as character customization or star system readouts.

At least the game ran without much issue and should run fine if your system meets even minimum requirements. I didn’t encounter any crashes, but there were some regular and annoying bugs, such as the galactic and solar views disappearing and preventing movement, forcing a save reload to refresh the game.

Out There: Oceans of Time is barely a skeleton of a game without a single shred of gameplay meat on its styrofoam bones. It’s simply a highly repetitive chore replete with meaningless and unengaging systems that seem to have little impact on you as the player or the game’s world. One of the worst crimes any game can commit is being boring — Out There: Oceans of Time is certainly guilty of that.

A Steam key was provided by PR for this review. 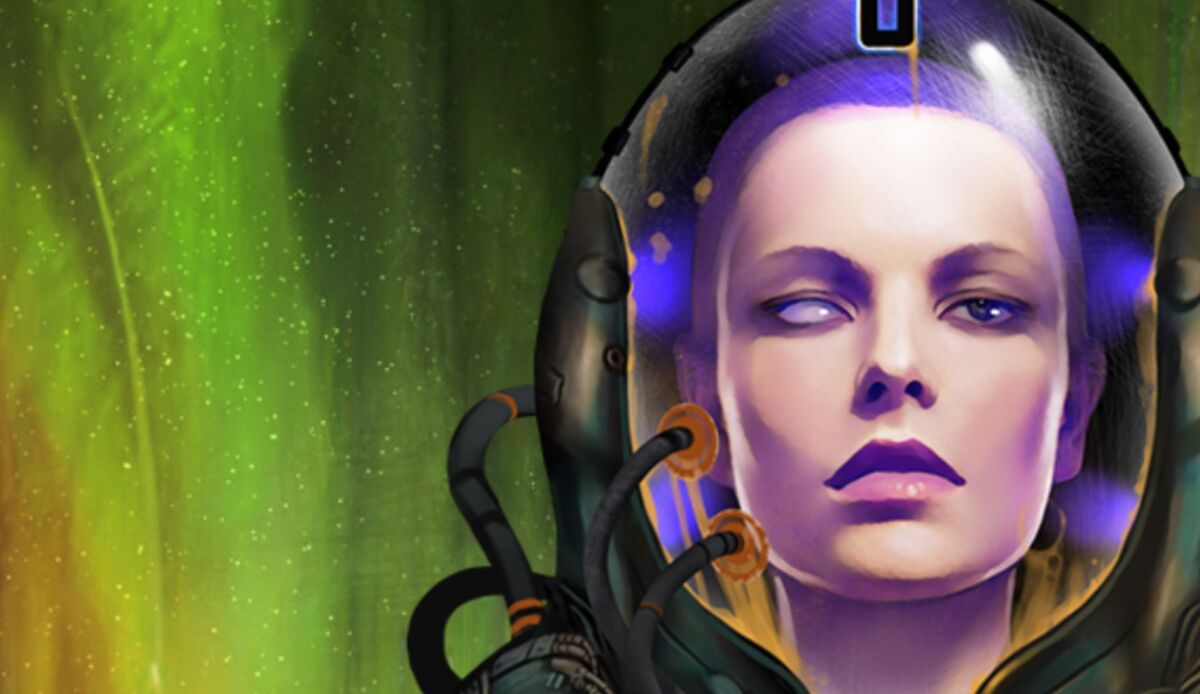 Verdict
Out There: Oceans of Time tries to be a small-scale No Man’s Sky, but it gets lost in the darkness of space by learning the wrong lessons.
3.5
Cultured Vultures is a pop culture website established in 2013 covering all things gaming, movies, and more. We eat your words.
All The News On The Biggest Games