Home
Opinion
One Year In The Funhouse: How ‘The Fiend’ Changed The Game
OpinionWrestling
·4 min read

One Year In The Funhouse: How ‘The Fiend’ Changed The Game 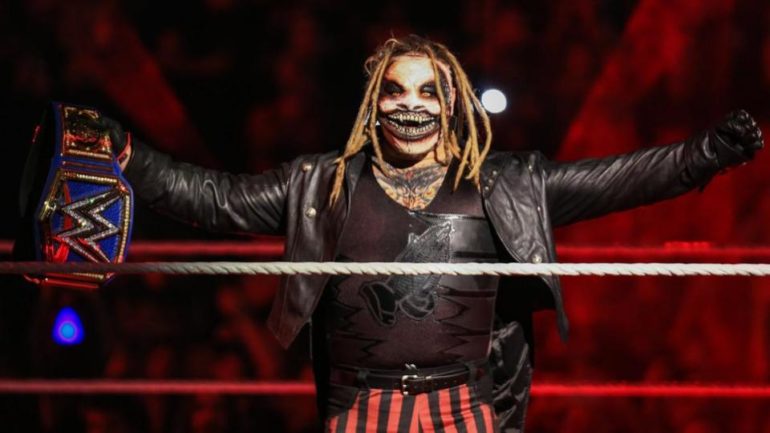 One year ago, Bray Wyatt debuted his most twisted character, one that would haunt the roster of Monday Night RAW and eventually slither into the championship picture, capturing the Universal Championship after only two months from his arrival. The WWE Universe truly let him in as one of their favourite sons, enjoying the new horror-show style of The Fiend stalking his prey and exacting a brutal dissection against them in the squared circle.

But what Bray Wyatt has achieved is more than just a successful gimmick change, he has in fact changed the game for future supernatural gimmicks that were once afraid to go a little abstract with their portrayal. Many have attempted to channel their inner Undertaker and Kane’s with characters that go beyond just a generic wrestler, but most have failed to get over and were soon relegated to joke characters or had their characters overhauled.

The Fiend, however, has been much more successful. Perhaps it was because Wyatt’s legions of fans have been waiting for so long to see him take the wrestling world by storm, maybe it was originally out of pity, but overall his creativity and dedications to his new Mr. Rogers inspired character worked its magic on the crowd and made his segments the highlight of WWE’s weekly programming.

At first, the Firefly Funhouse skits received mixed reviews, with many fans not really sure what to make of Bray Wyatt’s drastic change in nature. Soon enough, the minds of the WWE Universe were swayed by his zany, new character and his many in-jokes that tantalised the smarter fans. Finally, Wyatt was being let loose with a fresh lease of his career, and anticipation was steadily building towards his eventual in-ring return.

When we were finally introduced to ‘The Fiend’, his newest persona, hype sky-rocketed through the roof and fans were genuinely shocked by how far the company were letting him go with his macabre tendencies. Having a character that was inspired aesthetics linked to heavy-metal band Slipknot and a plethora of slasher villains, you wouldn’t be faulted for thinking that the TV-PG ratings were being stretched ever so slightly. When ‘The Fiend’ first debuted in person to attack Finn Balor, many fans were astounded by how much WWE were going all in with his more adult approach to the new gimmick. I mean, he literally ‘snapped’ the neck of his opponent in the middle of a match.

Since claiming his first victim in ‘The Extraordinary Man’, ‘The Fiend’ went on a rampage against WWE legends, including: Kane, Mick Foley and Kurt Angle. This definitely helped build his credibility, but wasn’t exactly what the fans were looking for from Wyatt’s new character. They wanted him to ascend higher than Bray has ever managed with his previous gimmicks, and that’s exactly what they got. Wyatt’s next feud was against Seth Rollins, the current Universal Champion. Even though it took a little time to get there, including a god-awful Hell in a Cell match, ‘The Fiend’ finally raised a WWE Championship high in front of a rabid Saudi Arabia crowd.

This was exactly where Wyatt fans had pictured him being for the best part of a decade, all it took was a fresh gimmick that pushed the limits of WWE’s creative team. ‘The Fiend’ continued to dominate against the likes of Rollins, Daniel Bryan and anyone else unfortunate enough to cross his path on a house show. It wasn’t until he met WWE Hall of Famer, Goldberg, before he took his first loss. This was pretty crushing to see unfold, but luckily ‘The Fiend’ bounced back around WrestleMania time in a Firefly Funhouse match against John Cena.

Even though fans were left perplexed by the Funhouse stipulation, it was still a hell of a lot of fun to watch both Wyatt and Cena have a ball with their characters. The amount of cameos and punchlines made for an incredible watch, something that will probably go down as a successful experiment in WWE’s books. It was great to see Wyatt finally get his win back over Cena, something which many fans look back on as the moment which started the arduous derailing of his singles career back at WrestleMania 30, but since then, things seemed to have cooled off for ‘The Fiend’.

Even though Wyatt is now once again competing for the Universal Championship against former Wyatt Family buddy Braun Strowman, the damage of the Goldberg loss has been done and will take a lot to retcon. Hopefully, ‘The Fiend’ will procure his second major championship at SummerSlam, culminating one heck of a first year for the character and put him right back on top with even more sinister shenanigans.

Quite frankly, WWE need ‘The Fiend’ to be on top, he was arguably the most talked about thing outside of AEW last year and has become a marketing miracle for WWE in the previous four quarters. Much like Finn Balor’s Demon persona, WWE love relying on their more colourful and interesting characters, ‘The Fiend’ has fallen into that category, whether parents around the world approve of him or not.

Regardless, ‘The Fiend’ has certainly changed things forever, a gimmick that will go down as one of the best career-saves ever and something that should certainly be used as an inspiration for future characters that want to explore more evil realms. Whether he climbs back to the top of the card at SummerSlam or not is down to debate, but for now, all I want is more Funhouse and more Fiend.

What’s been your favourite Fiend moment of the year? Let us know in the comments down below.