Tokyo time before picking this one up. 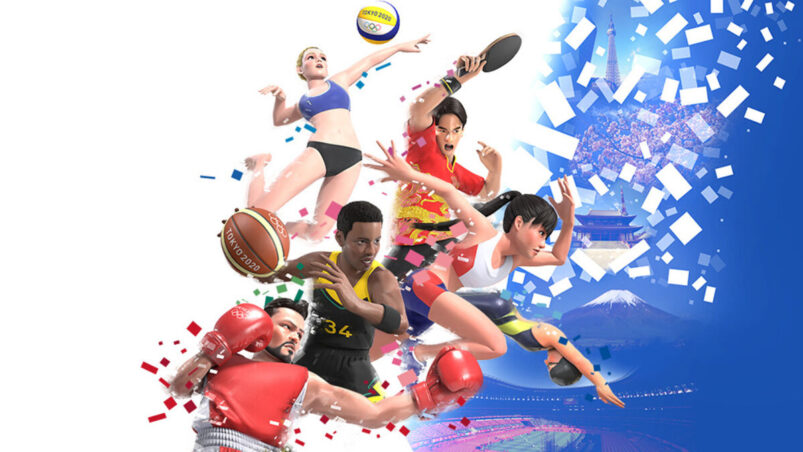 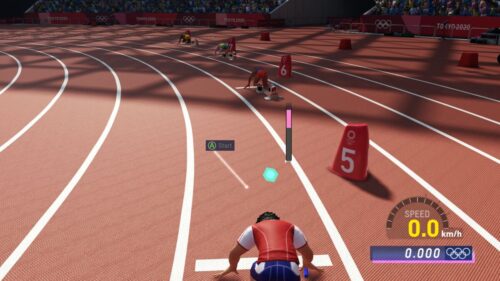 Olympic Games Tokyo 2020 is the official tie-in game for the delayed Olympic Games that are set to begin next month. The last few iterations of the series have attempted to be as realistic as possible, creating simulation-like gameplay that looks and feels like the real thing. This time around, Sega has switched things up significantly, with Olympic Games Tokyo 2020 taking a more arcadey approach both in terms of gameplay and visual style. It’s a decision that works in the game’s favour for the most part and creates a pick-up-and-play atmosphere that’s perfect for local multiplayer.

The biggest inspiration for this newest game appears to be Sega’s own Mario & Sonic at the Olympic Games series. There are special power-ups in every event and a somewhat faster pace than you might expect, making Olympic Games Tokyo 2020 easily playable in small chunks. This also has the major advantage of it being a good party game to play with friends and stops things from getting too stale by keeping you in the same event for a long time. The fact that Olympic Games Tokyo 2020 employs a simplified system makes it easier to quickly jump into the action.

That’s not to say that there’s no skill whatsoever as there’s plenty of depth to many of the events, especially when it comes to multiplayer. Players will need to use careful timing and precision when it comes to activating abilities rather than just relying on fast button mashing. The sheer range of events on offer adds to this, with Olympic Games Tokyo 2020 having a diverse set of sports available. The focus is split between some traditional Olympic events, such as the 100m sprint or the hammer throw, and the lesser-known sports such as rugby, baseball, and volleyball.

In total, there are 18 different events in Olympic Games Tokyo 2020, each with their own unique control scheme and gameplay mechanics. Mastering one won’t necessarily mean that players will excel at others, even those that are superficially similar. But the lack of favourites such as the javelin, along with the total absence of some sports such as skateboarding, diving, and long-distance running, might annoy some players and put off purists. However, there’s a good variety in Olympic Games Tokyo 2020 and pretty much everyone should be able to find something they’re good at and enjoy.

What is disappointing is that Olympic Games Tokyo 2020 is missing many of the sports that are available in Mario & Sonic. Diving, shooting, gymnastics, and archery are notable absences, as these offer very different types of gameplay compared to many of the events included in the game and were some of the most enjoyable in Sega’s other Olympics offering. Obviously, this creates a detrimental feeling that Olympic Games Tokyo 2020 is not a complete Olympics experience. For some, the addition of brand new sports such as speed climbing and BMX, both of which are a lot of fun, will make up for the missing events.

There are a few options when it comes to actually playing Olympic Games Tokyo 2020, as the game offers an Olympic games mode, a practice mode, and online multiplayer. There’s also a medley mode that’s basically a playlist creator as players are able to add their favourite events into a tournament that can be played alone or in local and online multiplayer. Playing more of each event also unlocks extra tips, revealing additional hints and hidden gameplay mechanics that will improve performance.

Something that’s slightly annoying about this system in Olympic Games Tokyo 2020 is that it makes advancing through the rounds something of a chore. When playing in single-player, players have to go through qualifying and a semi-final before reaching the medal stage, with the CPU getting progressively more difficult. The problem is that by the time players get to the final, using all of the information from the tips is essential to winning. This effectively forces players to grind and play through each event multiple times to unlock the tips, otherwise they’ll be unable to progress. It’s an odd system that many players may well find frustrating as they won’t get all the details about how to play each event right away.

Another area where Olympic Games Tokyo 2020 borrows from Mario & Sonic is the presentation, with a cartoon-like appearance that is certainly more appealing than the realistic approach. These types of games just cannot match up with the big-budget sports games from the likes of EA and are better off carving out their own space so that they are not unfavourably compared to the likes of FIFA and Madden, so this was definitely a good decision and gives Olympic Games Tokyo 2020 a distinctive style.

Olympic Games Tokyo 2020 also has a fairly robust character creator. Anyone interested in the game has probably seen from marketing materials that you can wear costumes, which includes a Sonic the Hedgehog outfit, during events. But the custom editor lets players create a vast array of different characters very easily, changing things like body shape, size, and even the uniforms worn by the athletes. The cartoon-like visuals also play into this, so that the bizarre avatars are brought to life in a way that doesn’t look out of place in the context of the action.

Unlocking more items is possible by exchanging currency earned by playing the game, providing even more elaborate outfits that can really help characters to stand out. Fortunately, none of this affects how the avatar performs during competition, meaning that there’s some incentive to be as creative as possible when it comes to customising your athlete without the worry of any sort of penalty for crafting ridiculous-looking sports heroes.

Without a proper career mode or any real progression outside of simply unlocking tips and extra cosmetic items, Olympic Games Tokyo 2020 doesn’t hold up as a single-player experience, especially when all of the events can be mastered in a day or two. Where players will spend most of their time is clearly in multiplayer, as this can be a lot of fun with the right people and provides the most replay value.

Those looking for a deep and long-lasting sports title would do better to look elsewhere, but if you create some over-the-top avatars and jump into a medley of events, Olympic Games Tokyo 2020 will be a lot of fun — at least in the short-term.

An Xbox One code was provided by PR for the purposes of this review. 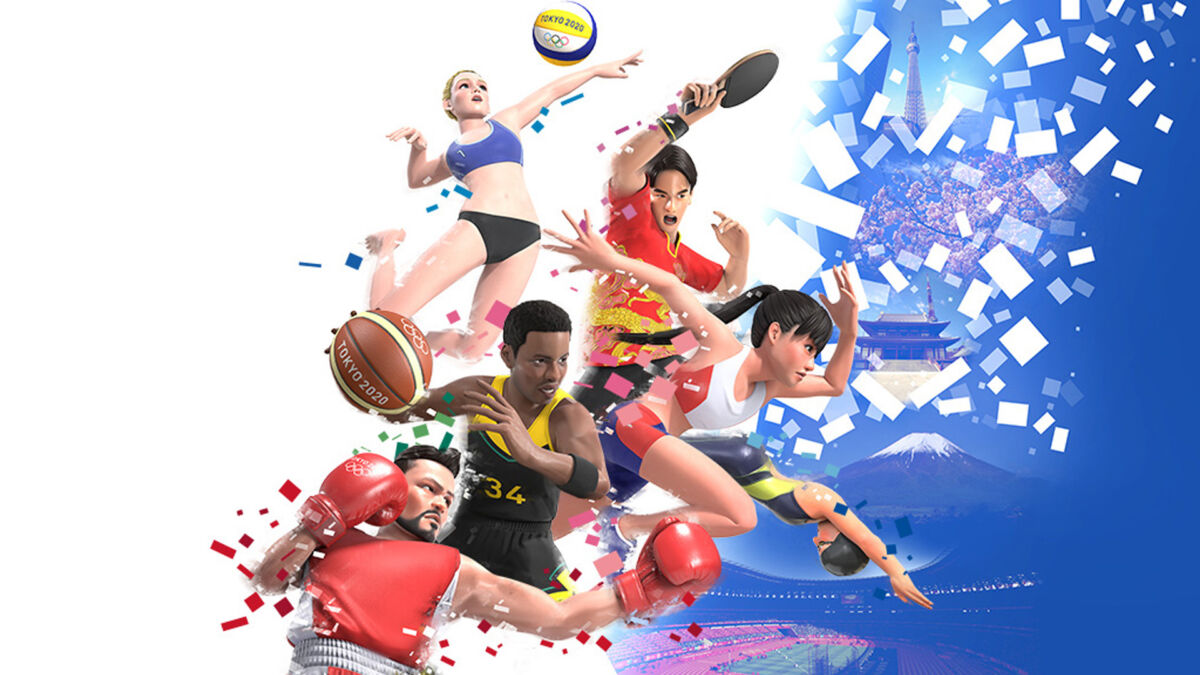 Verdict
Ditching the simulation-heavy gameplay of previous Olympic games is a smart move that creates a more enjoyable experience, especially in multiplayer, but there’s still a lack of lasting replay value.
7
Buy on Amazon
Cultured Vultures is a pop culture website established in 2013 covering all things gaming, movies, and more. We eat your words.
All The News On The Biggest Games