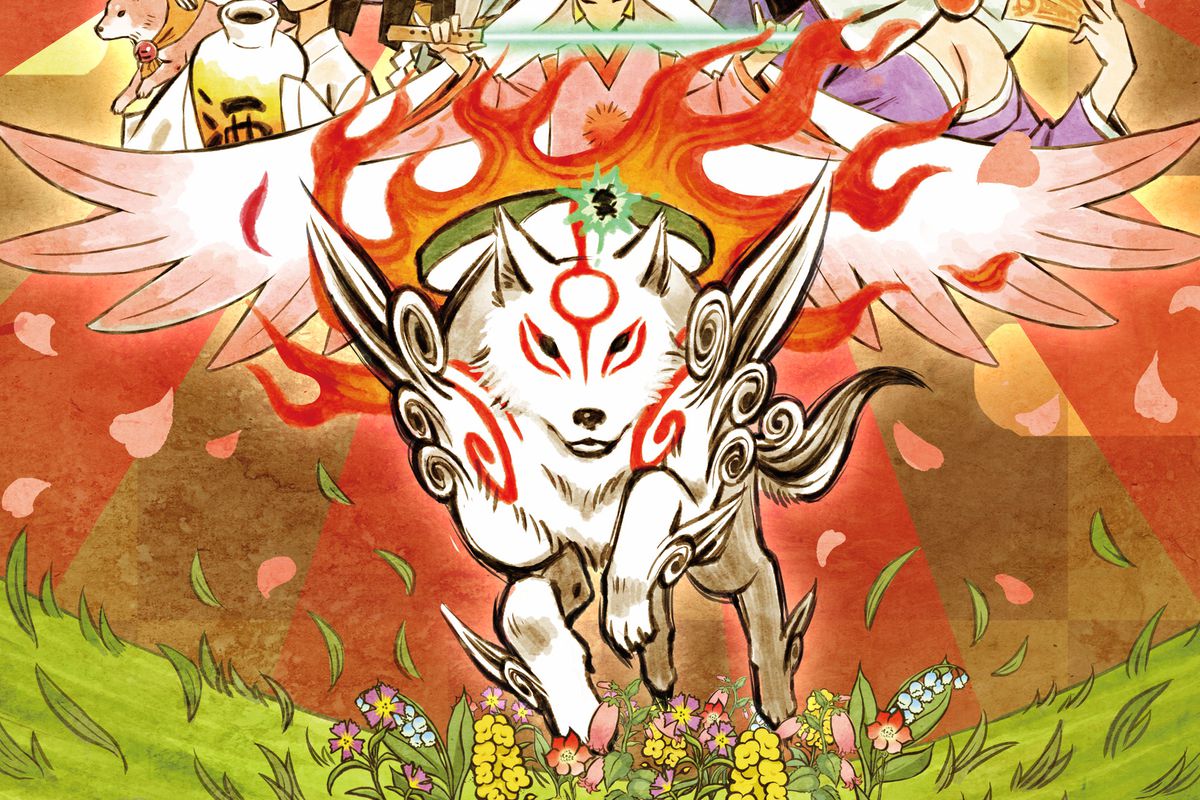 The Nintendo Switch seems to have obtained a bit of a reputation for itself as a rectangle that just plays games other systems have had for years. While that may be true to a certain extent, this isn’t to say that some of those remakes and re-releases aren’t bloody amazing. Besides, the simple fact that now you can play some of the greatest games, namely RPGs, of all time on the go is really the only selling point you need.. The latest of these re-releases is the beloved Okami title. If I may be bold to say, it may be the most perfect port of anything I’ve ever played.

Originally released on the PlayStation 2 way back in 2006 and then getting a Wii port in 2008, Okami is a game in which you play as Okami Amaterasu, the Japanese goddess of the sun revived in the form of a white wolf. You must traverse across the land of Nippon (Ancient Japan) and cleanse the land of demons that have overrun and corrupted the world since the awakening of the dreaded beast Orochi. Best described as Legend of Zelda infused with Japanese mythology and folklore, Okami was known for its “Celestial Brush” mechanic in which your godly powers are channeled through actually drawing on the world, and the gorgeous art style.

First and foremost, we have to talk about the art. Okami is, point blank, the single most beautiful and aesthetically pleasing game I’ve ever played. I originally played the much maligned Wii port and it was gorgeous even then but this HD port is absolutely breathtaking. The sumi-e style the game is drawn in, based on old Japanese brushwork and watercolors, truly comes to life, especially in handheld mode. 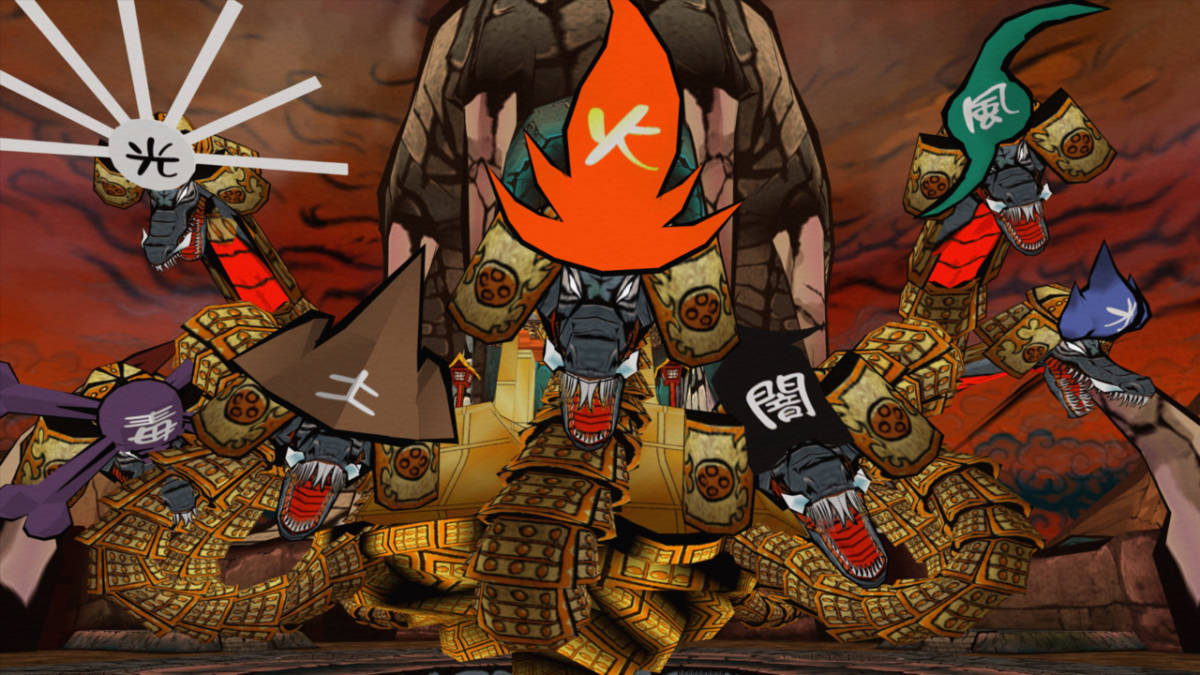 Just the idea of seeing a game so beautiful on something roughly the size of the original GameBoy is something I genuinely can’t get my head around, but just makes the gorgeous visuals even more appealing. I have no shame in saying I put off writing this review after an extended play of the game just so I could see the Dragon Palace in HD before my very eyes. The graphical limitations of the Switch, a divisive point of some other ports, are null and void here and at no point does the visuals a disservice.

The controls have, thankfully, improved after all these years. With a lot of the action and story progression coming from the player drawing, any system with motion controls would be a match made in heaven (or the Celestial Plane, as it were). With the Switch, not only do we have a massive advancement over the Wii’s iffy motion sensors, but also the ability to draw on the touch screen when in tabletop or handheld mode.

Put all that together and you have the best possible interface the lupine goddess could ask for. If you’re not a fan of all that, the game also has an option to simply draw with the analog stick, giving players freedom to choose how they want to play. 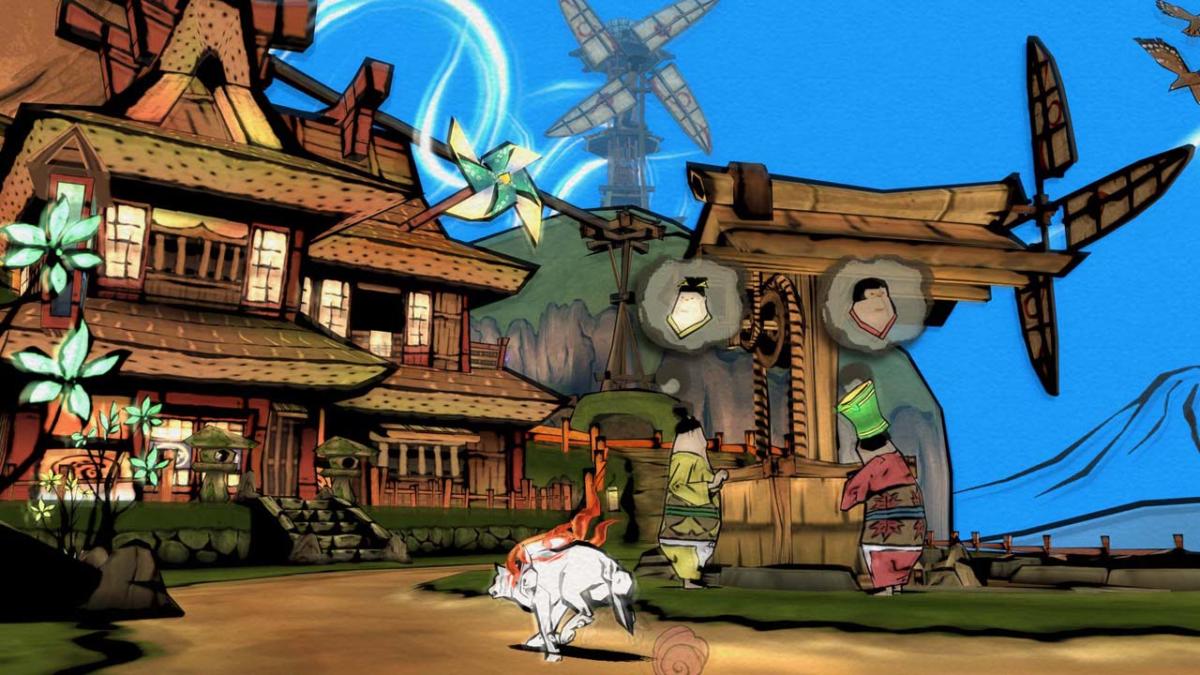 Beyond those platform enhanced features, the story is simple enough for anyone to get on board with. As mentioned, in an age of myth, the land of Nippon has been thrown into chaos and disarray since the revival of the fabled creature Orochi, who Amaterasu helped defeat and seal away one hundred years ago. Once supremely powerful, Amaterasu had to split her powers into the twelve other “Brush Gods,” deities based on the Eastern Zodiac, and must rediscover their brush techniques in her quest.

Accompanied by an insistent inch-tall traveling artist named Issun, Ammy must travel all over Ancient Japan – from the depths of the deep-sea Dragon Palace to the dual peaks of the Ezofuji Mountains and even a trip through time – to exorcise all kinds of darkness, save the mortal realm, and show humanity that the gods still look out for them.

On occasion, games based on history or mythology can feel like boring infodumps, but Okami completely avoids that with an engrossing presentation and a story to match. Despite having beaten this game at least three times before, I found myself pulled right back in, possibly even more so considering I could play such a beautiful game while doing the not so beautiful deed of going to the bathroom. 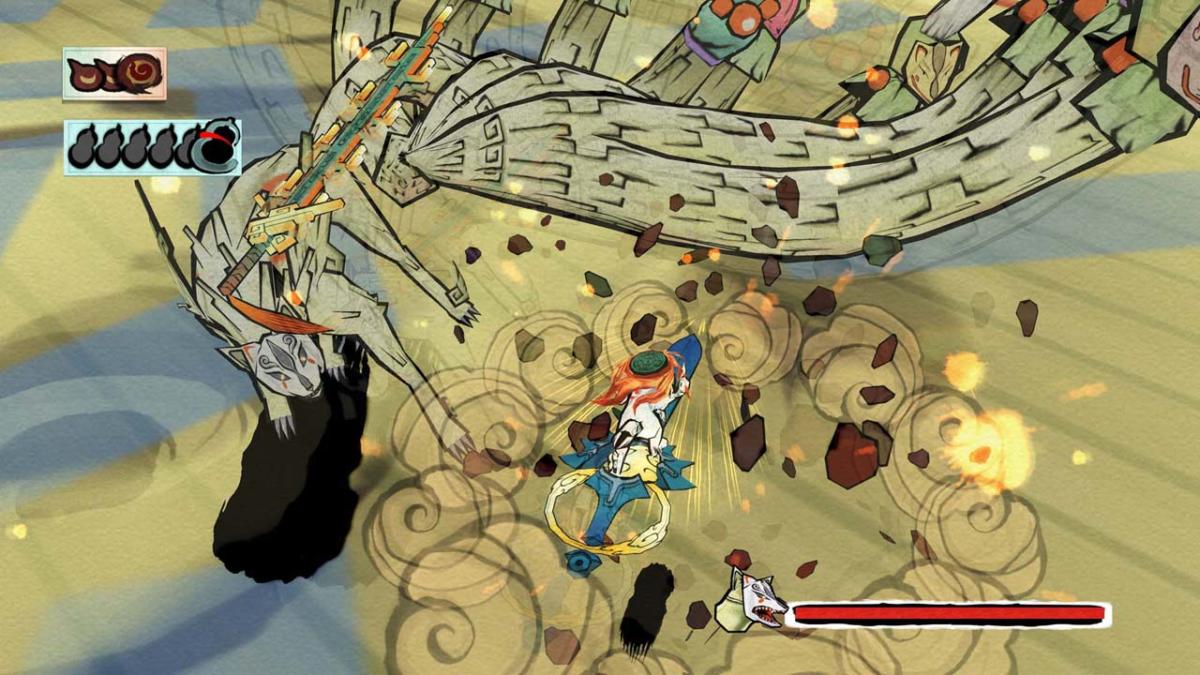 The biggest appeal of this game is just how different it is from virtually every game on the market even a decade or so later. Games have long been obsessed with shooting, slashing, maiming, and killing your way to some kind of feat; a grand sense of catharsis that makes you feel great when you accomplish the task or challenge the game has laid out. Okami gives you this catharsis in a much different way than is the norm.

As opposed to killing lots of things, you’re urged to feed hungry animals in the wild. Instead of tediously grinding by felling demons, you have to help regular people for EXP. There are no overbearing grimdark tones or moods present, as most of the game is spent restoring the grandeur of vibrant and colorful landscapes, before spending the next hour running around in them. The antitheses of games like the original God of War, Okami has an intoxicatingly relaxing vibe, which is even more appropriate now that it’s portable.

Even with such a whimsical story and stunning presentation, there are a few drawbacks. While the enhanced audio is a blessing because the game’s score is almost as beautiful as the graphics, sometimes it has a tendency to enhance small sounds, like say, sprinkling stardust. It’s akin to a buzzing insect at times, though again, that may be because I never heard those background noises on my older playthroughs, but that’s the only drawback that’s exclusive to the HD version.

Issues like the game not registering the drawings you sometimes render and some of the tedious sidequests have more to do with the game overall rather than this specific port. Still, despite the fact that Okami HD finally got a touchscreen release, the game still has those registration flaws despite now possessing the ability to actually draw. Problems like that can at times rip away the calm and relaxing tone of the game and make it feel rather frustrating.

Me writing this review is probably cheating because, again, I’ve played this game before and beaten it quite a few times. That said, I think one of the biggest concerns with ports is whether or not they’ve retained the integrity of the original and if what I’ve said so far hasn’t given a clue, I’d say it has and maybe even done better than ones before it.

Okami has long been heralded as a dark horse contender in a lot of “Best Game” arguments and didn’t even sell the best in its original release, but here we are twelve years later and finally all the pieces are in place. If “Okami” is the title given to the highest deities in Japanese mythology, then the Switch port of Okami just may be the by-your-powers-and-years-combined true “Okami” version.

Verdict
An all-round beautiful game that has been made even more beautiful by the passage of time. Its availability on so many other platforms may not necessarily make this version a must-have, but for Switch owners, it’s definitely a must-play. For those who have never experienced it, this version is the ultimate. The $20 price tag doesn’t hurt it one bit either. But maybe I’m just a big ol’ softie. Microtransactions: None
9.5
Cultured Vultures is a pop culture website established in 2013 covering all things gaming, movies, and more. We eat your words.
All The News On The Biggest Games