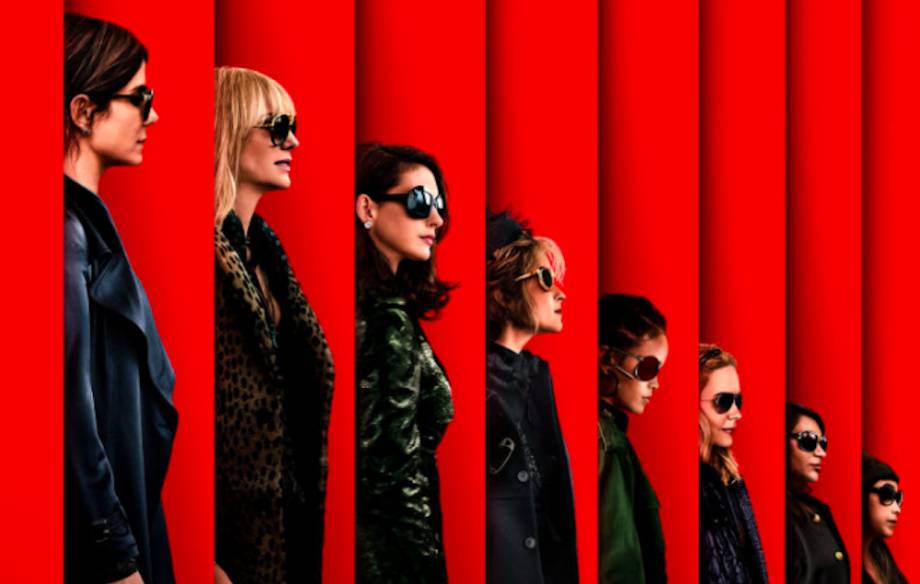 Warner Brothers recently released their latest film in the “Ocean’s” series, which is an ongoing saga about the Ocean family and their con-artist way of life. Though with Ocean’s 8, there’s a bit of a different twist. Each member of this heist team is female, compared to past teams seen in Ocean’s 11 through Ocean’s 13. But not to worry– Danny still makes his way into this one, too.

With such a strong cast and a strong feminist themes, the film itself is disappointing. The plot is half-baked and cliche, as the ‘ultimate’ heist is to steal the Toussaint during the Met Gala. If anything, it seems like this movie was a large attempt to fit every relevant culture reference into the running time.

The idea to have a team of con artists and hackers steal priceless jewels is overused and common, especially for a crime film. The steps taken in order to reach their endgame are even more exhausting. The movie begins where we see Debbie Ocean (Sandra Bullock) released from a five-year span of incarceration. From there, Ocean’s 8 quickly assembles key members of the team.

For such an impressive lineup, it’s almost painful to watch talented women in the entertainment industry take on their roles. It blurs the lines of feminist and empowerment with stereotypes and racism. Amita (Mindy Kaling) is the unwed daughter and a jeweller that works for a family business and is badgered about her relationship status by a nagging Indian mother.

Nine Ball (Rihanna) is the laid-back, pot-smoking, Bob Marley-esque hacker that knows her way around a computer, and coincidentally has a lockpick sister. Constance (Awkwafina) is the homeless street artist that just so happens to later pose as a waiter.  Poor Anne Hathaway is Daphne Kluger, the spoiled primadonna that turns out not to be the biggest ditz around. As for Helena Bonham Carter? She’s Rose Weil, the flighty and anxious fashion designer, who is first seen indulging her sorrows away with an open jar of Nutella.

Maybe this perspective is just coming from the female eye. Maybe it’s seen through a more critical lens. Either way, it seems to dull down female representation in entertainment, nor is it very flattering for young women to be exposed to these preconceived notions of how women should limit themselves. Even in a heist film, there is still nothing outstanding for women.

Ocean’s 8 is dry and unseasoned, as everything seems to fall into place, and complete strangers seamlessly pair up to accomplish a common goal. The writing, however, is not as poor as the rest of the film. Relationships barely have a backbone, and leave the audience guessing. For a crime movie, everything runs according to plan, and the lack of suspense is present and unrealistic.

There are bleak inserts of humor, and for some reason, James Corden shows up and piles another plot onto the film, which frankly, carries on for too long in its running time. It’s a weak movie with a flat tone and it has no real cinematic values. Honestly, this is a movie with a target audience of middle-aged white mothers that are fond of the cast. The most enjoyable thing about it is the trailer.