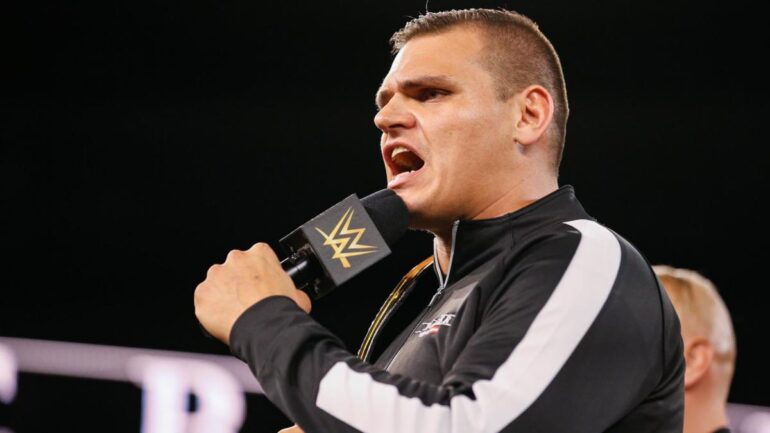 WrestleMania week featured NXT UK Champion WALTER in two of his most physical title defences yet, defeating Tommaso Ciampa at Stand and Deliver and then Rampage Brown at NXT UK: Prelude to continue the longest championship reign of the modern era.

With two strong opponents now sent to the back of the line, it begs the question of who, if anyone, could dethrone WALTER? All reigns must come to an end eventually, but it feels like WALTER has defeated everybody that NXT UK has to offer, so now it’s hard to picture who will actually be able to take the title from ‘The Ring General’.

Defeating the Austrian is no easy feat, but these 5 men could present the biggest threat to his mammoth title reign. So who, if anyone, could dethrone the NXT UK Champion?

No stranger to the UK Title having challenged WALTER in one of the most brutal matches of recent memory, Ilja has started to rebuild his momentum, defeating Sam Gradwell in a no disqualification match so we can expect to see him back in the title race sooner rather than later.

An added wrinkle is Ilja’s new found trigger of being chopped in the back. Since losing to WALTER, Dragunov has had difficulty keeping his emotions in check, unless he is chopped in the back. This helps him find his focus again and could serve as a major storyline point in a rematch with WALTER. Unlike last time, the big man’s chops won’t knock him off his feet; instead they fuel him on, allowing him to battle back and finally topple the mountain that is the NXT UK champ.

I was originally going to include Eddie Dennis on this list, but his history of injuries makes it unlikely that he’ll be able to have any kind of long term title program. You only have to look at his time in PROGRESS, where injury prevented him from having a meaningful reign as their top champion. He suits his current role as a manager, so why not start building one of his clients towards the NXT UK Championship?

Building Primate up as a credible contender would be simple enough: portray him as having a new sense of focus since aligning with Dennis as he demolishes everyone he faces on his way to the top. Having Dennis and his other client T-Bone on the outside would help level the playing field against Imperium too.

Primate would be a different kind of opponent for WALTER. He never looks like he goes into a match with a plan, but rather motivated by pure rage. Primate would welcome the kind of punishment that WALTER would dish out, making for a really interesting title match.

Another superstar who has previously been featured in the championship picture is none other than Noam Dar, challenging then-champion Pete Dunne on NXT UK’s premiere episode. Aside from that brief appearance in the main event scene, Dar hasn’t had many opportunities, which he recently addressed on an episode of his Supernova Sessions chat show.

The format of the match would be similar to when WALTER faced A-Kid, with the smaller man using his speed to avoid WALTER’s grasp, only this time, WALTER is facing a smaller opponent that is also a loudmouth. This means that despite both superstars being villains, fans will look forward to seeing WALTER shut him up with several of his devastating powerbombs.

The recent program between Ciampa and WALTER all started because Imperium wanted to lure Timothy Thatcher back to their side. WALTER doesn’t like being turned down, so this could certainly lead to a championship match between the two and be the most story driven match that WALTER has had up to this point, considering his and Thatcher’s history in the RingKampf faction.

Having been by his side for so long, nobody would know WALTER’s strengths and weaknesses like Thatcher, avoiding the chops while slowly breaking him down, making the champ look vulnerable in a rare occurrence.

Some fans might not like the idea of an American being UK champion, but Thatcher was a regular in BritWres promotions like PROGRESS, so it’s easily justified. He could also bring the NXT UK Championship overseas and give it a bigger platform on mainland NXT as well as its UK sister show.

A man who might have already defeated WALTER had the world not shut down is Finn Balor. The seeds had already been planted after Imperium attacked ‘The Prince’, causing him to show up at the NXT UK tapings seeking revenge. Since then, Balor has reminded fans of his ability to carry a brand with his second reign as NXT Champion. He may no longer be champion but he still has a lot to offer NXT, such as this particular match that COVID robbed us of last year.

Balor as NXT UK Champion could act as a huge draw for NXT UK going forward. Getting to see his Prince character on NXT UK would be the start of a new chapter for the brand, especially once fans can return to tapings. There’s so much for Balor to explore and accomplish in NXT UK, including a series with WALTER as well as a potential rematch with Jordan Devlin.

READ NEXT: What’s Next For NXT UK And WALTER?