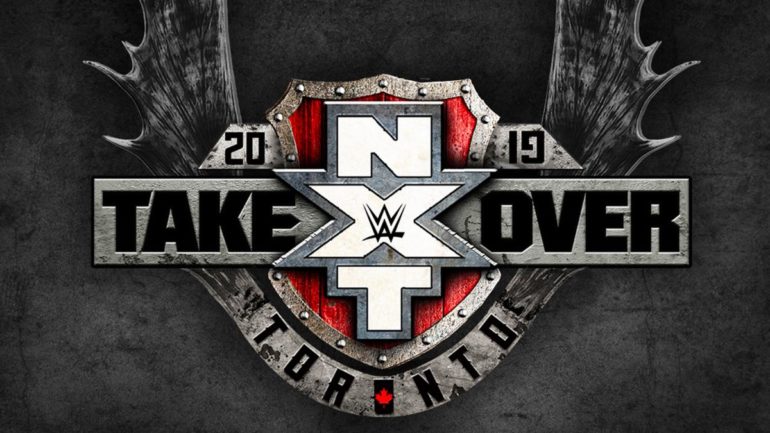 TakeOver weekend is here and it’s headed to the Great White North for a second time. Let’s take some time to pour one out and pay respect to the beloved Brooklyn series. SummerSlam moving away from New York means we’ve had to say goodbye to TakeOver’s WrestleMania equivalent for now, but I’m sure it’ll be back.

Now that we’re done with our mourning, we can admire yet another stacked match card that promises high quality action and huge ramifications for NXT’s future. Will a certain quartet be ending the night draped in gold? Will one woman’s stranglehold on the division finally meet its end? Will evil Io Shirai’s new theme music continue to be an absolute banger? We shall see. For now, here are our predictions for the show to give you an idea of how this might all play out.

Io Shirai’s heel turn has breathed new life into the Genius of the Skies. Her babyface run in NXT was good, but she never felt like the one to dethrone the dominant Shayna Baszler. She’s now got her Yakuza-inspired badass look going on and it’s already one of the best things in the women’s division. Her new music is great, her Devil may care attitude is a logical result of failing to capture the gold so many times, and her betrayal of Candice LeRae has created a much-needed midcard feud.

This will be the first non-title women’s match on a TakeOver in almost three years, as well as Candice’s debut on NXT’s big show. LeRae’s use since she signed has been frustrating, but it seems that she’s finally broken free of just being Mrs. Johnny Gargano. This feud holds no bearing on Johnny’s storylines and sees Candice acting of her own volition. It’s a step in the right direction for both women and adds more depth to what has been a top-heavy division for a while now.

Prediction: This is a bold prediction, but I’m going with Candice LeRae to score the upset. I know that wrestling logic dictates the newly-turned Io should win, but what does that do for Candice? Does she just go back to doing nothing while her opponent’s star shines brighter? She is is desperate need of a big win to legitimise herself, so Shirai can have her revenge at a later date. Also, as you’re about to find out, I believe this is going to be a great night for the heels.

The Street Profits (C) Vs. The Undisputed Era

This match is likely going to be the sleeper hit of the whole weekend. Two charismatic teams, one an in-house creation and the other tag team royalty. Kyle O’Reilly and Bobby Fish are reunited as a tandem and they’re eyeing gold like the rest of their Undisputed brethren. This beef has been brewing since that outstanding fatal four-way ladder match at TakeOver: XXV and the future of the tag division is at stake. Both teams strike that fine balance of goofing around outside of the ring and being absolute killers inside of it, so we should all be excited for this one.

Prediction: Babyfaces don’t get long reigns in NXT for the most part. Even Asuka experimented with heelish tactics when it felt like her legendary run had grown a little stale. Street Profits got the feelgood win a few months back, but they’re in there with the kingpins of this division. History will be made as Undisputed Era become the first ever three-time NXT Tag Team Champions en route to fulfilling Adam Cole’s prophecy.

Doesn’t this just make you salivate with anticipation? Two young studs who are being heralded as the future of the industry and a long-time veteran will do battle for a prize that’s arguably just as coveted as the top title.

Velveteen Dream’s run as North American Champion has made it the belt to win, the strength of his opponents has only strengthened that position. Pete Dunne’s return to Full Sail to confront both the champion and his treacherous former partner got one of the biggest pops in recent memory. Roderick Strong’s ruthless pursuit of gold has brought out a deep viciousness in the Messiah of the Backbreaker. All of these arcs will converge in a surefire Match of the Year contender.

Prediction: Dream’s reign has already become the longest in the title’s history and he is undoubtedly the best NA Champ yet. So it’s just a question of who he’s dropping to so he can permanently graduate to the main event scene.

While it would warm the cockles of my British heart to see the Bruiserweight win, it feels too early. Pete’s still relatively fresh off holding the UK Title for almost two bloody years, he doesn’t need a belt to remain relevant.

Roderick Strong, on the other hand, is long overdue a singles strap. He’s still one of the best in the world and the triple threat stipulation means he doesn’t exactly have to get a squeaky clean victory.

Mia Yim’s really had the rocket strapped to her, which is a testament to how Shayna Baszler’s completely cleaned out this division. Only Asuka can boast having more time as NXT Women’s Champion, but only Shayna can boast having two separate reigns. The build has been awesome for sure, as Mia got two clean victories over Bianca Belair to become the de facto number one contender. Mia’s also done something that no one else has been smart enough to do before facing Shayna: she’s taken out Jessamyn Duke and Marina Shafir. Baszler’s back-up are off the table, the champ’s got to fight her own battles this time around.

Prediction: Yim is a fantastic wrestler and will no doubt play a big role in NXT for years to come, but it’s not the right time. She was inserted into the main event scene seemingly out of nowhere and doesn’t have any kind of long standing beef with Shayna. Given how dominant the champ’s been presented as, losing to Mia would feel anticlimactic at this juncture. We also have to consider the fact that Dakota Kai is almost ready to come back, someone whose issues with Shayna Baszler were never resolved. Waiting for that heroic moment would be a lot more cathartic than dropping the belt here.

The final battle between NXT’s constantly warring forces is here. It’s the second match of this stipulation they’ve had, only they get to choose how it goes down this time. Gargano picked a street fight, Cole picked a straight up wrasslin’ match. If it goes to a third fall? William Regal’s got something up his sleeve. It’s going to take some effort to outdo themselves on the third outing, but Cole and Gargano now have different stipulations to play around with. As we all know, weapons make everything better.

Prediction: The prophecy shall be fulfilled. Dripping in gold, BayBay! Adam Cole will vanquish the greatest NXT superstar of all-time as Johnny Wrestling prepares to (hopefully) finish up his business with a returning Tommaso Ciampa. Undisputed Era are about to rule the entire NXT landscape, holding every title available to them. It likely won’t last long, but the image of all four men holding up gold is something we may never have the chance to see again.

The most interesting element of this match isn’t who’s going to win, but what the third fall will be. I’ve seen a few people throw out Hell in a Cell, but there’d be no way of keeping that a surprise as it’d have to be hanging over the ring. I’ve also seen the theory that Tommaso Ciampa comes out and makes it a triple threat. It’s cute, but begs the question as to what happens if Ciampa wins that fall and all three men are tied at 1-1-1. No, it has to be a simpler stipulation that still gets the blood pumping. I’ve got my money on NXT’s first ever I Quit match, personally.