Who needs 3080s when you can just stream one? 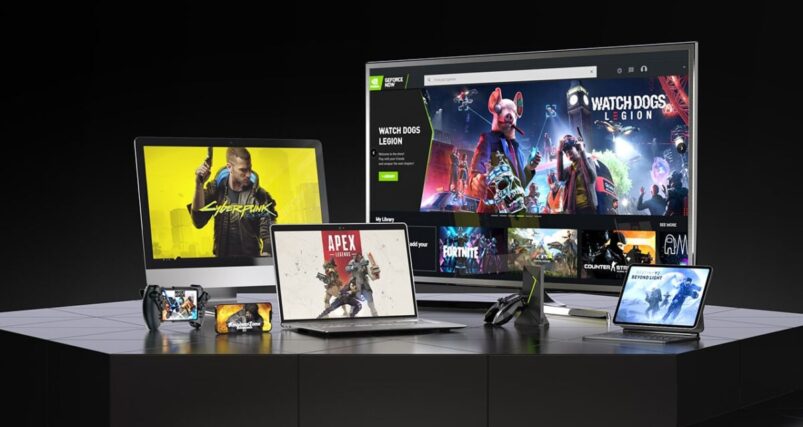 NVIDIA have announced that they’re offering a brand new membership tier for their cloud streaming gaming service, GeForce Now, allowing players to experience the power of a RTX 3080-class of PC without getting lost in the mire of actually building a PC.

From today, GeForce Now will include an RTX 3080 membership tier, which will allow games to run at up to 1440p on PC and Mac-based clients, 4K HDR on the NVIDIA Shield and up to 120fps on PC, Mac and Android devices. Members of this tier will also gain exclusive access to RTX 3080 cloud gaming rigs, the longest session lengths and more. With the power that this tier offers, along with the reduced latency that GeForce Now provides, this is by far the best cloud gaming experience on the market.

Here’s where it gets complicated. GeForce Now Founders and Priority members will be able to pre-order the 3080 tier from today. Six month memberships will set you back £89.99, with the tier set to launch in North America in November and Europe in December.

Pre-orders will open broadly from next week, but it’s worth noting that supplies are limited. If you want to get involved, do so as soon as possible. It’s also worth mentioning that Founders can upgrade to this tier without losing their “Founder For Life” benefit, and their Founder status will afford them a 10% discount on upgrading.

NVIDIA founder and CEO Jensen Huang had this to say about their announcement in a press release: “While we continue to drive the most advanced gaming technology with GeForce RTX, we have dedicated the past decade to refining and expanding GeForce NOW cloud gaming to bring the best gaming platform to anyone with a computer. I am thrilled to announce our second-generation GeForce NOW SuperPOD — it’s a giant leap forward.”