A good one too! 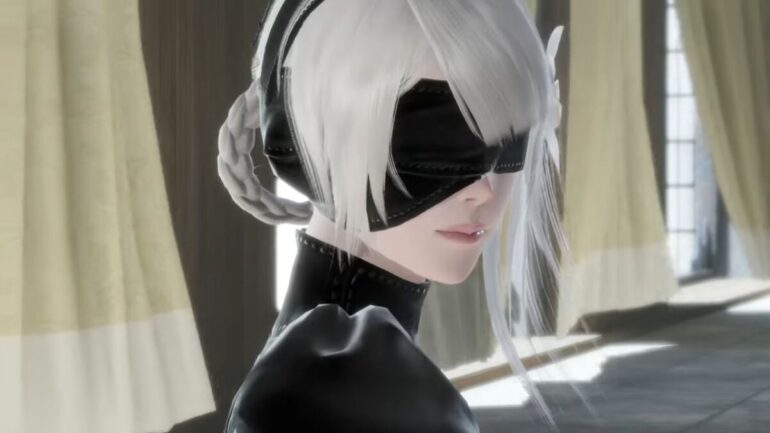 2021. It has been what some call “a year”. To celebrate this collection of sun rotations, we’re looking at the best games of 2021. Next up: Nier Replicant.

2021 was a year full of exciting releases, but not necessarily any clear GOTY slam dunks. The lack of a clear list-topper like last year’s Animal Crossing or Hades means that determining the game of the year this year is much more open-ended. In thinking about what made a game from 2021 a game of the year, I found the remake of the 2010 PS3 action RPG Nier to be a contender for one simple reason: of all the video games I played this year, Nier Replicant is by far the most video gamey video game.

What does that mean? In this instance, Nier Replicant is the 2021 game that made me the most hyper-aware that I was playing a video game, and also reminded me why I’ve chosen to spend so much time and money on this hobby in the first place.

From a gameplay perspective, Nier Replicant is largely similar to its original version from over a decade ago, with a few performance tweaks to make combat a little more fluid and comparable to modern games. Nier is a third-person action-RPG where you fight weird shadow monsters with swords, spears and axes. You do special moves with your sidekick, a magical talking book. You can farm materials and upgrade your weapons. There are a mountain of side quests to do, the rewards for which are often less valuable than the materials you had to dig up to complete them. Certain endings are unavailable unless you get all of the weapons. In order to get access to the new ending added only in this remake, you have to replay the second half of the game between three and five times, depending on how resourceful you are with juggling saves.

And yet, playing it in 2021, these seemingly outdated design choices feel like welcome returns to games of yesteryear. The idle joy of grinding through a dungeon for the seventh time to get a rare piece of equipment doesn’t feel tedious, it feels like a welcome routine. It helps that the combat is fun and flexible, the music is rich and haunting, and the characters are all compelling and likable.

It also helps that Nier packs a lot of surprising complexity and new systems within it. Occasionally Nier switches up its genre and morphs into a Resident Evil clone, a Diablo-like isometric brawler, and even a text-based adventure. Every shift is surprising, but it always ends up making sense. Nier commits to every strange new idea and mechanic, leaving you no choice but to go along for the ride.

The ride is a wild one, but Nier never loses sight of the human element at its center. Nier’s story is a heavy one, full of bleak philosophy that its robot-centric sequel would double down on, but the game balances its grim elements with quiet moments of joy and hope. The world is so full of life, cluttered with people living their lives on the fringes of a total apocalypse, in a way that always feels heartfelt and endearing. All of the backtracking and replaying wouldn’t be nearly as fun if this world wasn’t so clearly worth fighting for.

There are plenty of twists, and more than a fair share of “what if you were a monster the whole time?” faux philosophy, and while Nier does flirt with being too maudlin for its own good, it always finds its way back to saying something actually interesting and profound. From a bloody apocalyptic backdrop, Nier tells a grounded story about found families and the importance of community. It’s a powerful narrative that didn’t have many on its level in 2010, nor does it today.

Between its bygone combat and gameplay loop and its still breathtaking narrative, Nier Replicant stood out in a year full of games that felt like they were looking backwards for a heading on where to go. And when a game got so much right the first time, there’s nothing wrong with going back for another lap.