7 NFB Movies That Prove Canada Is An Animation Powerhouse 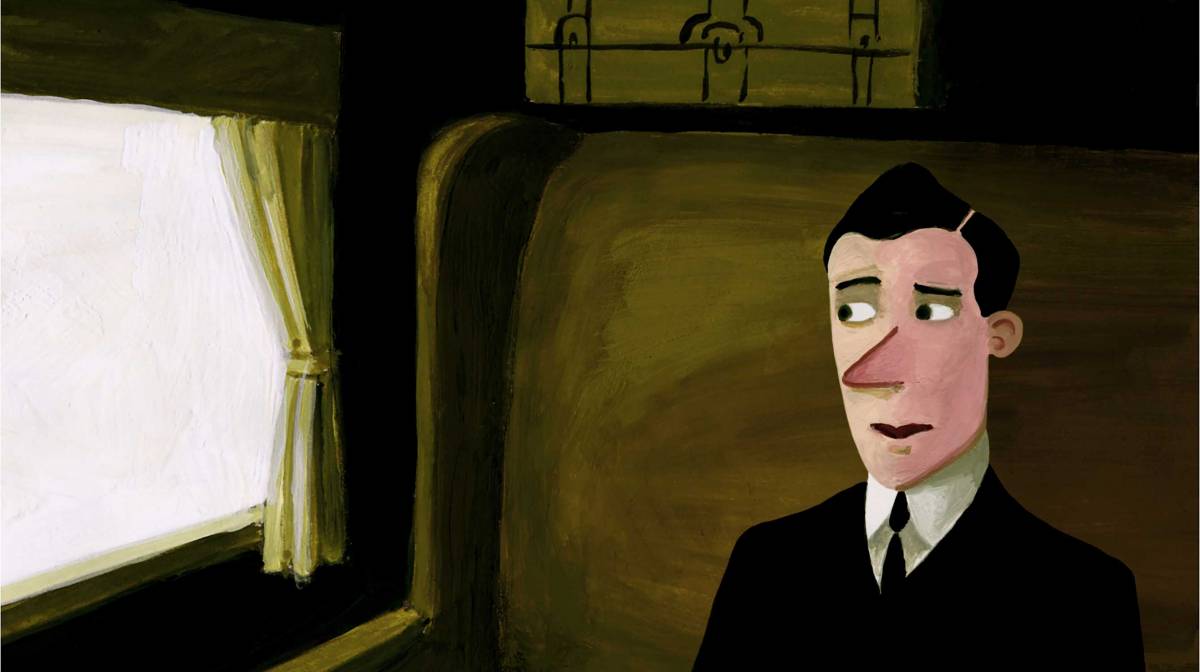 Formed in 1939, the National Film Board of Canada has been bringing the work of great Canadian filmmakers to the world.

They are responsible for some of the most politically incisive and socially impactive documentaries of the 20th century, their initiatives to create programs for indigenous filmmakers has helped to promote diversity in the arts, and their influence on the technology of medium is immeasurable.

But, more importantly, they produce cartoons.

The NFB has cultivated some of the greatest animated short films of all time. Here listed are my seven personal favorites, which I believe exemplifies the wide range of talent showcased by the board.

This is, however, in no way a comprehensive list. I’ve provided a few extra suggestions for those who like any particular short, but even that doesn’t begin to cover the scope of fantastic animation that the board has, and continues to produce.

Amazingly, all of these films are absolutely free to watch on both the NFB website and its YouTube page. That’s the benefit of funding animation with your tax dollars.

This has been a favorite of mine for a long time. This simple-looking cartoon, animated entirely with pencil crayons, is perhaps the most absurd dark comedy ever produced in Canada. The film starts with the accidental manslaughter of a mailman, and only gets weirder from there. The insane logic of Special Delivery compounds with every new development in the plot, which makes its tidy ending a near-miracle of storytelling.

It amazes me to see that this was made in 1978. It is hard not to see it as contemporary of the Simpsons or South Park, more than a decade later, which leads me to believe that this little-remembered Oscar winner might provide solid evidence that Canada is much more influential to the modern comedy landscape than we might think.

It was a struggle to pick just one musical animation from the NFB, but it’s hard to deny the beauty and energy of the stylistically eclectic ear-worm that is Get a Job.

I’d venture to say that this might be the most conventional of the National Film Board’s cartoons, in that it is the most recognizably “cartoony.” Visually, the film could stand alongside the best of Tex Avery, with its lusciously animated anthropomorphized characters. In fact, it apes that style so well, I hesitated to place it on this list. If it were made in a different time and place, it could very well have been one of those classic MGM cartoons of the fifties. Is it uniquely Canadian? Not really. It it a joy to watch? Absolutely. Get a Job is so potent, it almost compels me to get a real one myself. Almost.

You might recognize the characters in Bob’s Birthday from the short’s television spin-off, Bob and Margaret, which ran for four seasons across several networks. The VHS episode compilation tapes were a regular staple of the grocery store bargain bins in my town throughout the early naughts.

Featuring wonderfully simple character designs and a good deal of cartoon nudity, the film follows Bob, a dentist, on his 40th birthday and his wife Margaret as she plans a surprise party for him. Halfway through the short, Bob, half-naked, delivers a tirade about how discontent he is with his life, his marriage, his friends, and his work, completely unaware that his friends and family are hiding in various spots around the room. It’s the world’s greatest social faux-pas, for which is mercifully never confronted. Happy Birthday, Bob.

My Grandmother Ironed the King’s Shirts (1999)

This is not Torill Kove’s best animated short film–2006’s Oscar winning The Danish Poet is–but it is my favorite.

Developed from a short screenplay based on her grandmother’s small act of rebellion during the war, Kove’s first animated film nabbed her an Oscar nomination and quickly made her one of NFB’s biggest stars. Simply animated in her soon to be distinctive style, the film feels both honest and personal, as well as completely fantastic.

In the tradition of all handed-down family histories, the story is probably not the gospel truth, but it darn well feels like it. It is also one of the funniest feel-good films I’ve seen about 1940’s Europe.

When I first saw Ryan I was 11 years-old, and it terrified me in the best way possible. It appeared online billed as an “Oscar-winning short film,” at a time when I was beginning to take film more seriously. Although I didn’t fully understand it, I was floored by the short’s sheer uniqueness. Now, At 23, I feel much the same watching it today as I did then.

The film was animated from a recorded interview, perhaps several, with the late NFB animator Ryan Larkin. Larkin’s is a fascinating subject, and the film was created using gorgeous computer animation, which, at that point, had not really been seen outside of Pixar movies and video game cut-scenes. Watching it again, it has aged surprisingly well for its format, given the incredible advances in technology over the past 12 years(I mean, have you seen Shrek lately?).

Sure, the central metaphor of one’s emotional scars manifesting themselves physically is a little silly and obvious. But hey, it’s a cartoon.

Sleeping Betty is probably the most well-known film by the consistently brilliant Claude Cloutier, who serves as a sort of Canadian equivalent of Bill Plympton.

Clearly inspired by Terry Gilliam’s work with Monty Python, the animation is pretty sparse, but the illustrations are beautiful, and the jokes come fast. For fans of slapstick and the bizarre, this is probably the funniest entry on this list. It uses the Sleeping Beauty fairytale as little more than a framework on which to hang as many visual gags as possible, and every one lands. The knight’s static pose while the horse frantically flails its legs gets me every time.

Also, as a side-note, I love how distinctly Canadian it is, with its moose dragons and deep-cut local references like Quebec’s Bonhomme De Neige.

I really love this one. Wild Life tells the story of a young, refined Englishman who travels to Canada to settle down. The locals have little affection for his blind idealism, and he soon falls on hard times. While the film may ultimately be a tragedy, it remains brilliantly imaginative and uproariously funny nearly every second of its runtime.

Using a rarely-seen art style, the film is completely hand-painted with gouache, meaning that every frame is, quite literally, a painting. This is some of the most beautiful animation I’ve ever seen, and it demands to be seen on the biggest screen you have.