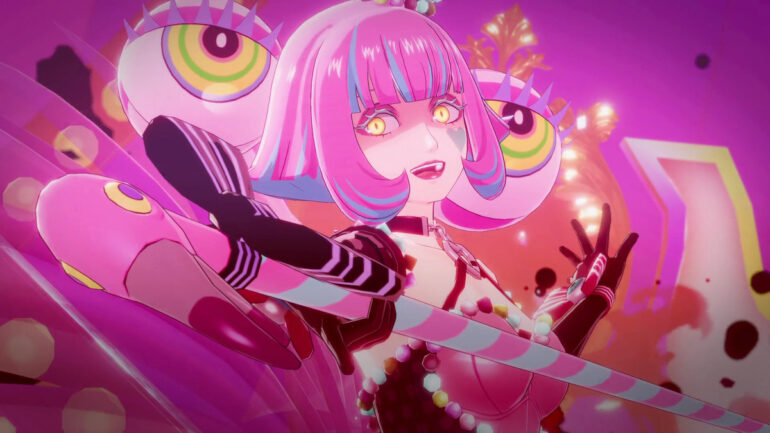 Is it just me, or has February felt particularly taxing this year? Just wondering. Either way, at least it’s going to be over soon, with some great games on the way to send this month off the right way. If you’re a big fan of JRPGS, or revivals of classic games (both officially and in spirit), then this week is the week for you. Here’s the biggest games that are launching over the coming week for PC, PS4, PS5, Xbox One, Xbox Series X | S, and Switch.

SEGA aren’t doing anything with the Crazy Taxi property or formula, so it falls to other developers to keep the spirit alive. Heck, even when the spirit was alive, other developers recognised a winning formula when they saw it — The Simpsons: Road Rage was about as flagrant a rip-off as they get. However, Lion Castle sought out SEGA’s blessing to develop Taxi Chaos.

Like Crazy Taxi, your job is to pick up fares from citizens around the city and take them to the destination as quickly as possible. While you’ll be able to drift around corners similar to how Crazy Taxi operated, Taxi Chaos will allow you to literally jump over the traffic to reach your goal. While it likely won’t win game of the year, it should make for some nostalgic fun.

Fans of both Persona 5 and the Musou style of games should get a massive kick out of Persona 5 Strikers, which offers the 1 vs thousands combat that the Warriors games are known for along with the excellent characters, story-telling and worldbuilding that Atlus have showcased with the Persona series.

A continuation of the smash hit JRPG, Persona 5 Strikers sees the Phantom Thieves taking a road trip across Japan to save everyone from a new inter-dimensional threat. It’s an awful lot of pressure for a group of high school kids, but if anyone can live up to the challenge, it’s the Phantom Thieves.

If you love your old school platformers when they’re ludicrously hard, you’ve probably played a lot of Ghosts ‘n Goblins in your time. The series has been off the grid for the better part of over a decade, but Capcom are bringing it back with Ghosts ‘n Goblins: Resurrection, a brand new adventure for Arthur to die repeatedly during.

Like other games in the series, Resurrection will see Arthur battling hordes of demons, but this is perhaps the most accessible version of the game to date thanks to the four difficult levels. Still, if you’re looking for a challenge, the three hardest difficulty levels will offer the game’s infamous second loop, with shadow versions of each stage which are even harder.

Bravely Default 2 follows a brand new cast of four characters, who explore a continent that’s been split into five separate kingdoms. BD 2 will appeal to fans of classic RPGs, with its turn-based battle system and a job-based class system. If you’ve got 50-100 hours spare to unload on a new RPG, you probably won’t go wrong with this one.

READ NEXT: New Switch Games of 2021: All The Release Dates