New Band of the Month: Ghosts As Alibis 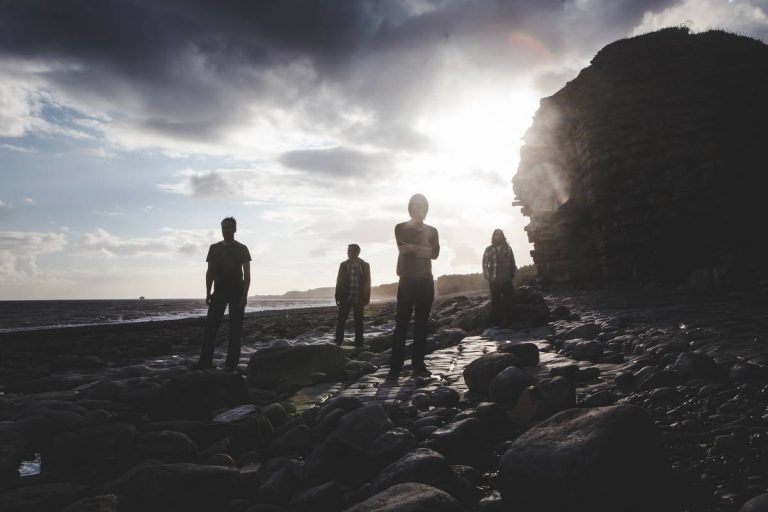 It was a pretty close call this time around, less a battle of the bands and more a severe squabbling of the voters. However, tough decision and close call or not, you lot went in for Ghosts As Alibis above all else. Therefore, without further ado, I announce Ghosts As Alibis as Your New Band of the Month for April. May their reign of terror be haunting and never leave you (until you lot vote in Your New Band of the Month for May of course).

For those of you who – for I assume some sort of immensely important reason – missed out on the first introduction to Ghosts As Alibis, let me get you up to speed. This Cardiff based four piece have been steadily crafting their sound over the last couple of years, and what a sound that is. Channelling elements of post-hardcore’s volatile emotionality, post-rock’s vastness, good old-fashioned hardcore’s abrasive aggression, metal’s ten tonne heaviness, progressive rock’s expansive melody, and a crash of noise rock meets art rock avant garde experimentalism.

Now, have a read of our interview with the band to get to know them a little better as they discuss their beginnings, their influences, the conceptual slant to their musical output, their creative openness, and some colourful name suggestions for a pet cultured vulture. Enjoy.

Hello there, and congratulations on being voted New Band of the Month for April by the readers of Cultured Vultures. How the devil are you? And who from the band are we talking to today?

We’re grand, thank you, and you are talking to Dan (vocals), Julian (bass), Pete (drums) and Ben (guitar).

For those who aren’t already familiar with Ghost As Alibis, and for those that voted for you to get to know you a little better, could you introduce the band? What are you guys all about? How did the band come together? Where did that awesome name come from?

BEN: We formed in the summer of 2012 over a bottle of Tennessee’s finest, and set out to make uncompromising music, free from the constraints of generic convention.

DAN: The name came from a lyric I wrote when I was about 16. And as soon as I had the name Ghosts as Alibis suddenly the idea for the story fell into place. So thematically, our music forms a sort of saga centering around an unnamed protagonist who encounters various trials and people in the Land Of the Dead. I always found music more interesting when there was a concept behind it and felt that it helps you push your own creativity musically.

Listening through your releases so far, and what have you, it’s clear you have a very eclectic sound that encapsulates a number of genres. No doubt this comes from a pretty wide array of influences. Who would be some of the band’s biggest influences? Are these something the whole band agrees on does everyone bring their own musical inclinations to the table?

BEN: It’s like a Venn diagram I guess; we all have our own influences and interests, and a lot of the time they overlap, but sometimes they don’t.

JULIAN: Collectively, our main influences are Deftones, Oceansize, At the Drive-In, Glassjaw and Reuben, but we also have individual influences outside of these that get drawn into our sound.

DAN: For me I listen to all those bands mentioned but I also listen to a lot of music from every era, Like I am always listening to David bowie, Stevie Wonder, Elvis (that’s because of my Dad). But I love taking influence from every genre and sneakily blending it in to what we do. Most of the time the guys agree.

Speaking of releases, you’ve got a couple under your belt so far, but what’s the most recent for your new found fans to get up to speed with where Ghosts As Alibis are today, and are there anymore in the immediate pipeline?

PETE: Our latest EP, ‘Where the Desert Meets the Mountain’ was released back in August 2014, but we’re currently mixing our new one. We recorded both of them ourselves in this little cottage in deepest, darkest Wales where there’s no TV or internet or phone reception – it’s a great environment to make music in. We’re hoping to release the new record in the next month or two.

JULIAN: We’ve also test driven a couple of songs from the upcoming EP live and the reception to the new tracks has been pretty positive so far.

DAN: I think we’re in a place now where we have the new record coming out so we have started to blend that into the set, but we’re also not confined to those songs as we are always creating and coming up with new songs and ideas. It’s great to be a part of the band where nothing is ever static; creatively, we’re always in motion.

Aside from on record, where can we come and catch you live? Are you gigging a lot at the moment? Your sound can be as expansive as it is abrasive, so I imagine that’s gotta cross over really well to a live setting.

BEN: We absolutely love playing live, last month we did a mini-tour of the northern UK with an ace band called Elasea. We don’t have loads of gigs lined up right now as we’re busy preparing the record for release and everything that goes with that – mixing, sorting CDs and shooting a video etc – but I’m sure we’ll be doing a bunch of gigs over the summer, and in July we’re playing a festival we can’t mention yet.

In relation to gigs though, what’s been your favourite as a band so far, if you can name just one, and what would be your dream gig/festival/support slot?

JULIAN: It’d probably be a toss-up between the time we supported Fearless Vampire Killers at Clwb Ifor Bach last year and our very first gig – which thinking back now was probably a bit ropey. We were supporting Rolo Tomassi and we’d written our first batch of songs and maybe weren’t sure if they were going to work, but in the end it felt really good to play them together.

DAN: For me I think Opium Bar in Edinburgh with Elasea was pretty great. It’s an awesome venue and the sound was incredible. As for dream support, I think collectively it would be the Deftones. We all lose our minds when they release a new record

Outside of the band, what makes the lot of you tick? Any other big passions for you other than music? Any other musical outlets for yourselves even?

BEN: Jules listens to more music than anyone I know, but also reads a lot. Dan’s really into design and does all our artwork, and he has an ace synth-pop side-project called Neon Thunder.

DAN: I think me and Ben are the super Star Wars fans in the group and we love our films. And we’re into our computer games – Battlefront was played a lot in our recording downtime.

BEN: When they start talking about video games, I usually just fiddle with my effects pedals.

Now, not to draw attention away from yourselves – what with being officially kings of April – what other bands would you recommend we check out? Gig mates? Actual mates? Just plain awesome bands?

BEN: There are some really great bands around South Wales that we’ve been lucky enough to play with a few times – Your Protected, Calling Apollo, THISISWRECKAGE, Dimensions. Check out Elasea too – they’re from Reading and we just did a tour with them and they’re awesome – the nicest people too.

Congratulations once again, and lastly but not leastly, we Cultured Vultures have our very own cultured vulture named Voltaire. If you had yourselves a vulture that was especially cultured, what would you name it?

JULIAN: It would have to be either Grathilde for a lady-vulture, or Maximilian for a he vulture.