Home
Gaming
What Would A New Armored Core Game Have To Do?
Opinion
·6 min read

What Would A New Armored Core Game Have To Do? 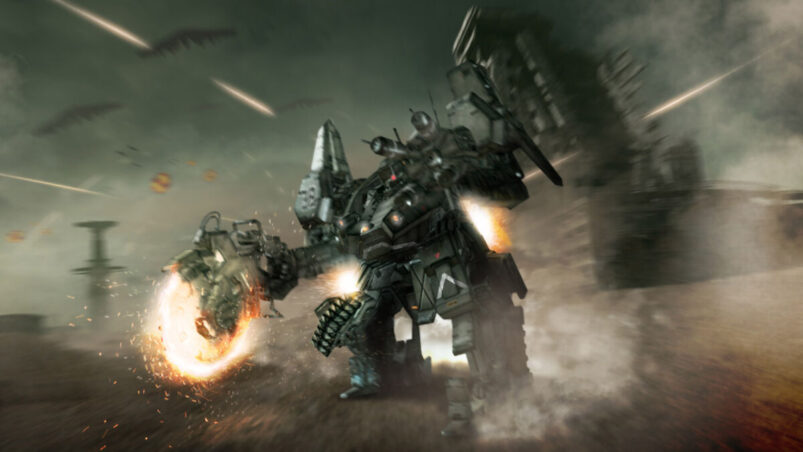 It’s been almost 10 years since the last Armored Core game hit the shelves with 2013’s Armored Core: Verdict Day, but could the wait finally be coming to a close?

Marketing surveys being leaked involving a mysterious FromSoftware project in all but name resembling Armored Core is the most obvious sign of life. FromSoftware marketing lead Yasunori Ogura also stated in interviews back in 2017 that they “…have no intention of ending the Armored Core series in its current state,” and more recently in a translated Famitsu interview, Hidetaka Miyazaki said a new project that’s been in the works for the past 6 years is “in the final stages of development”. Putting all of that together, the return of FromSoftware’s cult classic franchise may be on the horizon.

Spanning over 15 games starting in 1997 on the PlayStation, Armored Core was a franchise that gained a smaller than most yet passionate audience across the world. Before even Dark Souls came into consideration, Armored Core was one of FromSoftware’s most famous franchises. Helping launch the PlayStation 2 in 2000 and enjoying moderate success on both PlayStation 3 and Xbox 360, the series has sort of faded out since then.

Armored Core pits you as a personal mercenary for individuals and corporations alike doing dirty work in your giant robot. Whether it be taking out major facilities, assassinating VIPs, or exterminating alien life forms, you were the one for the job. Your tool for destruction was your AC, or Armored Core, a customizable giant mech that could be built however you wanted, from a slow-moving tank bristling with artillery, to a supersonic hit and run warrior machine that would barely be seen by lesser skilled pilots. The only limits to building these ACs were the funds you had earned and your imagination.

Since devoting all of their time to the Souls franchise and its close relatives, FromSoftware has learned a lot and could stand to resurrect a lot of what made Armored Core great in the first place. Here’s how a new Armored Core might succeed in today’s landscape.

Use An Open World With Tons Of Movement Options

With the overwhelming success of Elden Ring and technology now more capable than ever, an open world Armored Core game would make a ton of sense. Modern games embrace big, open playing spaces now and Armored Core would be ripe for that. A wide-open space to boost, fly, and have huge verticality would be the prime experience for AC pilots of any type.

Even DAEMON X MACHINA, helmed by former Armored Core producer Kenichiro Tsukuda now at Marvelous, embraced a more flight-oriented and vertical level design, so there’s obviously room for adaptation and improvement upon what already exists. What made Armored Core largely unique was its method of limited flight time, rather than the ability to stay perpetually above the ground. Through management of a Boost gauge and building their AC properly with powerful thrusters, flight was available with plenty of maneuverability options.

In an open world, it would have to be balanced in such a way to accommodate a wide variety of builds so that no one build would be dominant at traversing terrain, nor would heavyweights be put at a major disadvantage because they couldn’t easily fly to certain areas on a map. But with Elden Ring’s use of converging pathways, tons of options for navigating locales, and maps, it’s obvious we could be in for a treat if they decide on one large, open space.

Bring Back The Granular Customization From The Third Generation Games

The third generation of AC titles, from Armored Core 3 through Last Raven, had several options for customization, including an innovative parts tuning system allowing players to tweak stats on individual components of their ACs to squeeze the absolute most of their machines. You could tweak weight limits on legs, but sacrifice overall speed. Or if you needed more boost and weapon energy, you could up the capacity of your generator at the cost of higher heat generation, and so on.

None of the Armored Core games since Last Raven have utilized this deeper tuning system and it felt like a downgrade to the depth and breadth of what made Armored Core the “Gran Turismo of mecha games,” as the now defunct Tips & Tricks Magazine put it. Bringing back a deeper layer of customization like this would allow for tons of build variation and leaves room for lots of small changes that could create subsets of builds all across the spectrum of what could be available to players. There would be almost no reason not to.

In several Souls games, there are the Covenants. In Armored Core: Verdict Day, you have the Corporations. Faction-based warfare and giving players an agency over roles in multiplayer settings has always been part of what made playing against others in FromSoftware games so great.

Armored Core: Verdict Day especially had a novel approach to faction-based warfare. Players would fight for control across a map either solo, with human partners, or with a team of A.I. controlled partners to participate in missions and various objectives like player kills, missions completed, and other small tasks throughout a season or until one entire faction dominated the entire map. When conditions were met, then the map would reset back to square one and constantly change hands throughout the months as seasons cycled through.

In a modern Armored Core, there are obviously tons of multiplayer options that would entice players to join one faction over another besides pure flair. Maybe one faction has access to specific genres of parts like solid ammunition weapons, or maybe you could only get a specific weapon from this faction at a certain rank. Incentives tied to specific factions would draw people in and even adapt a kind of participation-based system for cyclical content if they view it to be fair for the players.

Give Players the Ability To Fight On-Foot

Very rarely does being reduced to being six feet tall while up against a mech the size of a building seem like a fair fight, but developer Marvelous made it work in DAEMON X MACHINA. Pilots were superhumans with cyborg enhancements that could either be forcefully ejected upon their mech being disabled or could leave of their own volition to do specific objectives or provide a distraction against an opponent while a teammate could move in for the kill.

Another prime example of humans versus mechs is, of course, Titanfall by Respawn Entertainment. Successfully taking mechs down from on-foot was a visceral experience, with players using gadgets and weapons to take down the hulking machines when, on paper, you’d think a single Titan would absolutely dominate the battlefield. Respawn’s subtle balance of giving players that feeling you’re piloting something massive, but maintaining that assuredness that even as a foot soldier you stood a chance, was something very rarely replicated even to this day.

Being able to get in and out of a mech would open up a ton of exploration and level design possibilities in a new Armored Core title. It would also bring out ideas like maybe missions where you have to hijack a mech behind enemy lines and stealth is your only option. Or maybe hidden objects in the world like parts, paint schemes, or emblems could be found while on foot. It would likely be quite ambitious, but FromSoftware could make it work — if they can make riding a horse into battle against a giant dragon a viable strategy in Elden Ring, then maybe this isn’t so farfetched.

There are tons of directions a new Armored Core could go, whether it’s a complete reinvention of the mechanics again but with a slightly nostalgic feel or a completely new game that sets the gold standard for mecha video games yet again. It’s difficult to place a large amount of doubt on FromSoftware doing wrong to a franchise they clearly seem to still care about 25 years later. Even an adaptation of Dark Souls’ kind of slower, more methodical combat to something like Armored Core’s framework has merit. Hopefully all of this wishful thinking will soon be reality.