Home
TV
New Amsterdam: Season 1 – Episode 21 ‘This Is Not The End’ REVIEW
TV

New Amsterdam: Season 1 – Episode 21 ‘This Is Not The End’ REVIEW

In the penultimate episode of New Amsterdam, all of Max's problems come to a head. 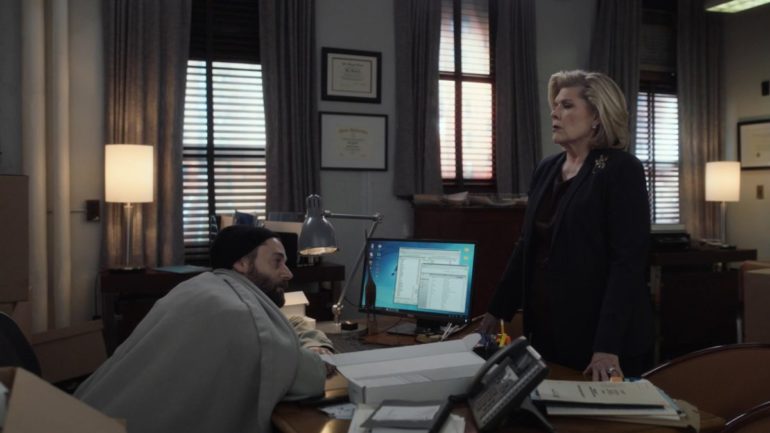 This week’s episode of New Amsterdam, “This Is Not The End”, gives us the most emotional gut punch we’ve had this entire season. It’s no surprise that Max’s deteriorating health has been a pivotal turning point for the series, and now that we are just one episode away from the season finale, there is a lot to process about the story and where we’ve arrived just within the first season. Before getting into the episode itself, it is important to reflect on how New Amsterdam has progressed over the course of the first season. It’s unbelievable and something that has been said time and time again about the series, but New Amsterdam has surpassed expectations for a show only its first season.

We’re attached to the characters, their stories, their futures, and everything in between. The last time a show made us feel so invested was likely Grey’s Anatomy, at least for some of us. Of course, that medical drama has been around for 15 seasons while New Amsterdam is only finishing its very first season. If that doesn’t tell you something about how marvelous this show is, then we don’t know what will.

“This Is Not The End” delivers a line of profound line of dialogue that encompasses the very being of New Amsterdam – “you’re going home to stay alive”. This is what Helen says to Max at the very end of the episode when his health has weakened to a point that someone needed to send him home. After spending the entire episode trying to handle things as he always does, Max’s health finally gives out. A character like Max is rare nowadays on television and it’s a testament to how talented Ryan Eggold is. He brings so much to playing this character and it’s remarkable just how authentic it feels. But what stands out about Max the most is his desire to help people and give his job 100%, even when the side effects of chemotherapy are killing him slowly. He won’t, can’t stop, and even manages to implement a health insurance program at New Amsterdam for those who can’t afford it. We’d love to read about the doctor this series is based on, did he actually do things like this?

A point that needs to be made about Max is his character progression over the course of the season. At times, it became annoying how optimistic and upbeat he was, despite the fact that he was supposed to be riddled with cancer. Not saying that people can’t have and be both, but it’s a bit unrealistic to think that he was full of energy and always on the go with no repercussions. But we have to remind ourselves that this is New Amsterdam, and they haven’t steered us in the wrong direction so far, so they surely wouldn’t do that with Max’s health. This is why “This Is Not The End” is such a crucial episode for the season. Things are finally getting real, the cancer is getting real, and Max finally has to face that he needs to put himself first. Thank goodness for Helen stepping in and taking over once again, he really won’t listen to anyone else, will he?

Unfortunately, Helen deciding to be Max’s doctor again has some major setbacks for her, namely her new relationship. It’s obvious that Helen and Max share some sort of connection, and Helen’s boyfriend is not blind to that. But he still gave it a shot and hoped that whatever they had going on was just emotional. Now that Helen is taking over as Max’s doctor once again, it has brought an end to her relationship. Here’s to hoping the man realizes she’s only trying to help the guy who always helps everyone else. Sorry, but we’re team Helen on this one.

It’s not just Max and Helen, though – all the characters have drastically changed over the course of the season, and some of the biggest changes have been seen in Dr. Frome. After being singled out for being “too close” to his patients, “This Is Not The End” deals with the aftermath of this complaint. Very quickly, everyone realizes that Dr. Frome is the reason why his patients do so well, but it also highlights something very important for him. While he may be amazing at connecting with his patients, he’s also creating a situation in which they only feel comfortable with him. They need to have the tools to open up to others and feel safe with others, that is the point of his job after all. The whole experience really shifts his perspective with how he does his job and it’s a very intriguing insight into what has to be a very difficult and complicated job.

Speaking of changes, guess who came back to New Amsterdam? Lauren! Although we’re not entirely sure in what capacity, as she tells Helen it’s only to tell Max that she doesn’t plan on returning. But considering she showed up at Max’s house at the very end of the episode only to find him covered in his wife’s blood, something tells us she may not be going anywhere, at least not yet. And yes, it appears the season finale will be very dramatic as Lauren helps Max with Georgia’s pregnancy gone wrong. Oh boy, we aren’t ready to see how that will end, especially considering Max’s condition.

Dr. Kapoor is someone that has been very enjoyable to watch in New Amsterdam this season, and there is something to be said about how the series connects his history to how he deals with patients. There is a lot of emotion there and unresolved feelings and issues that stem both from his relationship with Rohan, and from losing his wife. In “This Is Not The End”, Dr. Kapoor and Dr. Reynolds work together to help a young boy and his mom stay in isolation after being diagnosed with tuberculosis. Not only do they have to deal with the patients, but they also have to figure out a way to help the family through it, a family of 20+ that is. It’s commendable how family is tied into this story arc, and how we get some insight into both Kapoor and Reynold’s family life. How cute is it that Reynolds does weekly Sunday dinners with his family? New Amsterdam really knows how to make us feel attached to these amazing characters, don’t they?

Next week’s season finale promises to be extremely emotional and dramatic and will close out what has been an unbelievable first season of an incredibly amazing medical drama.