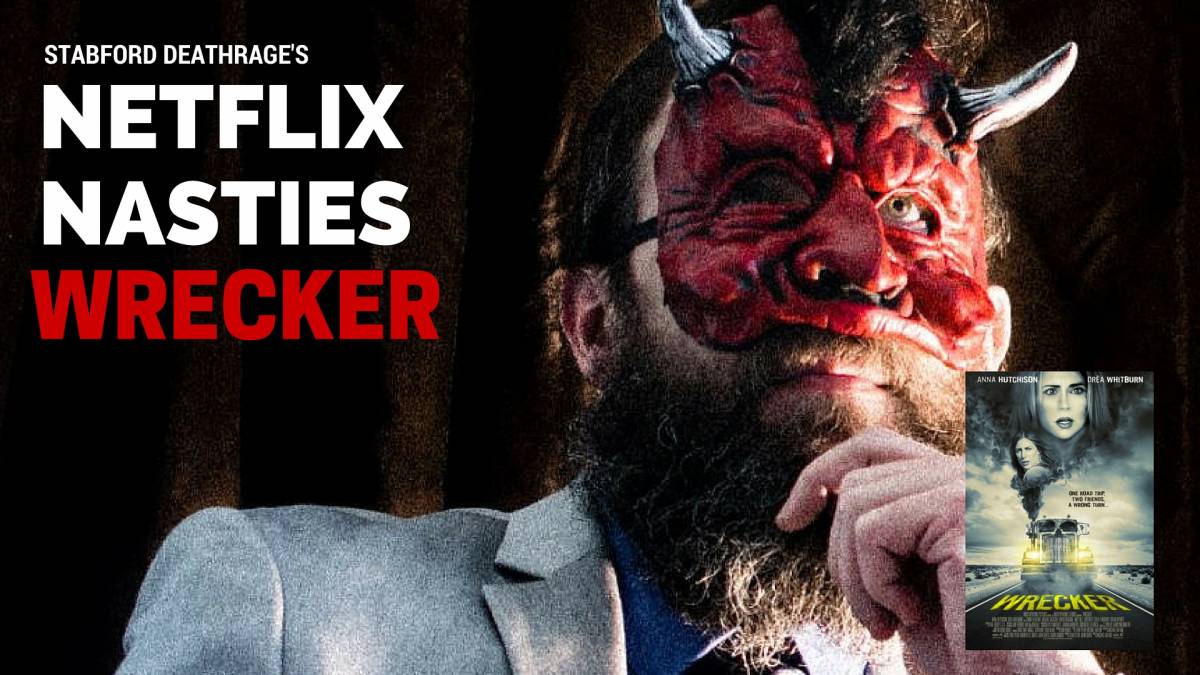 Two young women are pursued by a vengeful truck driver in this tepid remake of Steven Spielberg’s classic TV-movie Duel. After a lengthy and tedious opening sequence of a man worrying over the death of his 70’s station wagon, the film segues into a lengthy and tedious character-development-free sequence of drinking, driving, and bickering in essential-to-the-plot, phone-reception-free mountainous terrain. This goes on for a while.

The two uninteresting female characters pass a wrecker towing the station wagon on a two-lane road in spite of no-passing double lines, raising the ire of the unseen driver of the wrecker.

After several games of chicken, they unconvincingly almost run over a kid inexplicably playing near the highway, which results in the girls tousling their hair in a diner restroom. Then an unconvincing confrontation occurs in the diner which results in a convenient mistaken identity.

The station wagon is left sitting in the middle of the highway in a somewhat threatening way, which causes danger and confusion for everyone involved because no one decides to just drive around it. When faced with an almost certain rear-end collision after the main characters’ Mustang suffers a flat, they decide to lock their car’s doors, although I’m not sure how that would help in this situation.

One of the women runs through a field to escape, but it’s unclear how she managed to get over the barbed wire fence. She conveniently hits her head on a rock, and her friend disappears. She speeds off in search of her friend, although how she knows which way to go to rescue her is unclear.

After pleading with the unseen truck driver after a brief nap at the most desolate rest area in the world, crew members are visible in the car’s side-view mirror. This results in unlikely public phone problems, an unlikely 911 call, various interludes of intermittent dawn, an unlikely trunk plot point, and unfortunate use of CGI.

Wrecker is a boring, unfortunate remake of the classic TV-movie Duel. Comparisons to the first half-hour of Manos: The Hands Of Fate are pretty fair, as both films are road films down a seemingly never-ending road.