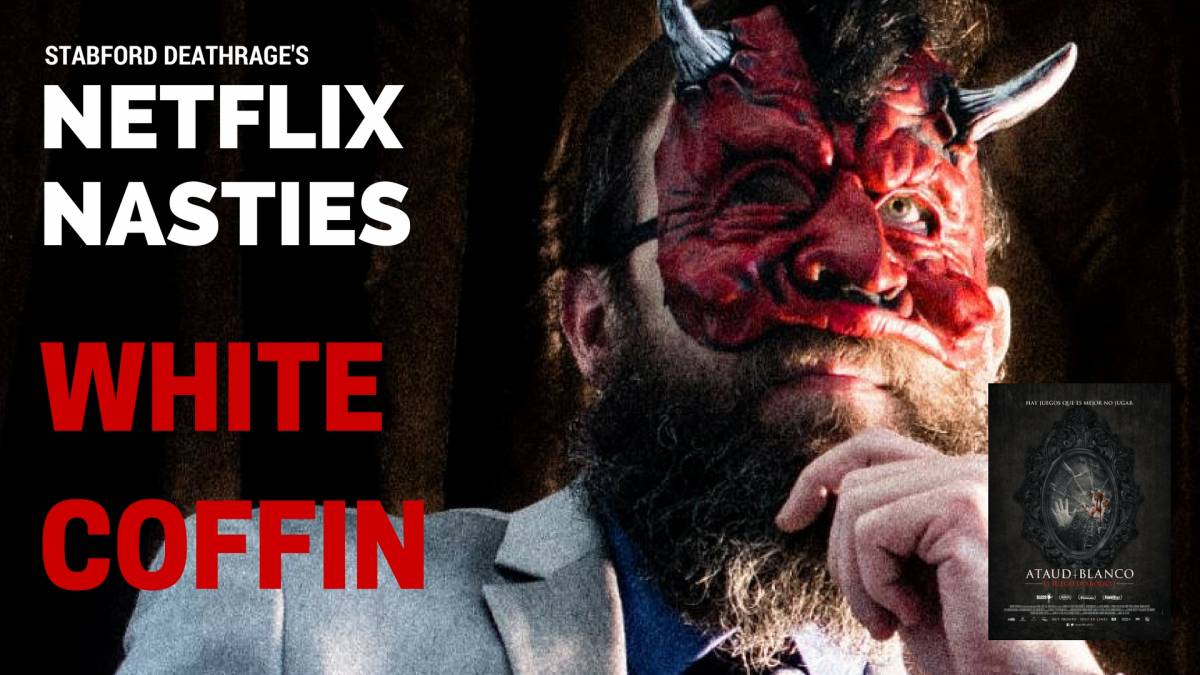 Following a tragic accident, a woman is granted one more day of life to rescue her abducted daughter in this Argentinian horror film.

After driving along a paved road near a wooded park with joggers in the distance, as if a 5K run was occurring because the road behind is blocked off, a woman and her daughter play a tedious, time-stretching game of word association and find they’ve abruptly caught a flat on a dusty dirt road near a cemetery. The sun begins to set due to editing, as enthusiastic coffin building occurs. Suddenly, it’s daylight again, and after a mysterious, poncho-wearing man helps them change their flat, a tow truck ignores their plight because the plot depends on it. Then the road is paved again.

Leaving her daughter alone at a gas station cafe with a hot dog, the woman takes an ominously tedious phone call with her ex so they can bicker vaguely about custody. The woman discovers her daughter is missing surprising no one including the nonchalant gas station attendant unconvincingly rearranging snack cakes. After dramatically finding her daughter’s crocheted hair accessory, the woman realizes her daughter was kidnapped by the tow truck in flashback and because it’s in the script. After somehow finding the tow truck on the one road encircling this town, a low-speed chase ensues.

An unconvincing game of cat-and-mouse-and-ambulance results in a few minutes of not-especially-exciting jump cuts and a fatal crash near the 5K. Then a post-mortem sponge bath and hasty burial occurs at the police station near the cemetery because of course it does.

The recently dead woman awakens in symbolically-shot black-and-white to find she’s kind of buried alive, and afterward she takes a partially nude ride in a hearse while a complicated plot device involving a white coffin is explained, and then she gets dressed in her conveniently found clothing.

She stumbles upon a backroom tattoo parlor in a defunct gas station, and asks the woman getting tattooed if she knows where the large barn is, which is conveniently found on an ancient map hanging right there because where else would it be. Suddenly, she meets two other women who are the victims of this rash of kidnappings, which seems to be for ritualistic child burnings and less-than-thrilling, mother-on-mother-on-mother fight scenes.

At the carpentry building which doesn’t seem to have much wood in it, a masked man uses a saw to cut some metal as the women fight to the death to take possession of the anachronistic white coffin. After one of the women is chainsawed in half during a trombone shot, the main character is reminded that the ‘situation is serious’. The cast continues to drive around in circles, and a priest pulls a gun on the main character.

Suddenly, after dramatically shaving the severed head of the priest to better read the map that’s tattooed on it so the main character can compare it to the large map on the road sign she passed earlier in the movie, things gets really crazy. I don’t want to post any spoilers, but it involves more unsympathetic people in extreme closeup encouraging child immolations. Oops, that was kind of a spoiler. Don’t worry, you weren’t going to watch this movie anyway because of the subtitles. After about 5 minutes of tension, the movie ends. It starts back up again briefly after the credits, but it’s not necessary to watch, really.

The White Coffin is an ambitious morality play featuring terrible characters doing terrible things. Thankfully, it’s only 70 minutes long, but due to editing and pacing, it seems much, much longer. The ending is rushed and absurd, which accidentally gives the film more gravity and impact than it deserves. The atmospheric shots of an old, crumbling cemetery are nice, though, but that’s not a reason to watch this film.