Found footage meets the crime drama - and works together better than anyone might have expected. 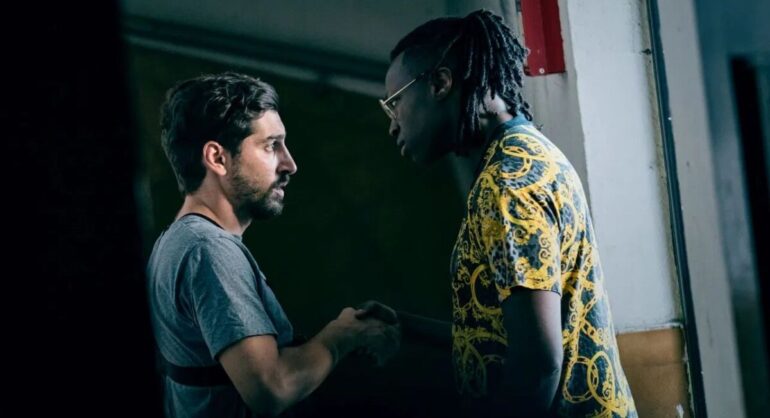 Netflix’s French crime drama Dealer (originally Caïd, an Arabic loan-word for ‘leader’) is a found footage show, that curious modern-day genre in which it is the characters themselves filming what happens. Probably the best-known example of the form is The Blair Witch Project – and it’s hard to think Dealer isn’t well aware of this primordial ancestor when they have a main character making a terrified, to-camera plea for clemency.

Dealer isn’t exactly a work of horror, but does almost constantly have the same atmosphere of tension as a good horror film, that something awful might happen – and if it ever doesn’t, it’s probably trying to get your guard down so it can wallop you.

In Blair Witch, the sources of terror were very deliberately off-camera. In Dealer, everything to be scared of – and by this I mean the supporting cast of serious, bone-deep criminals – is right there in centre frame. Call me snobby for making this reference in a review of a French programme, but like Jean-Paul Sartre said, hell is other people.

However, if there is any philosophical bon mot to bring to bear talking about Dealer, it has to be Thomas Hobbes’s idea of life as being ‘nasty, brutish, and short’. It’s always been an especially apt description of life in the hood (French or otherwise), and seems curiously appropriate for the form Dealer takes as well – little bite-sized ten-minute episodes, something more like a Youtube show than a Netflix production.

Perhaps that’s another similarity to Blair Witch, although in a more general sense – Dealer’s total running time hovers in the same zone as the average movie. And, if you just let Netflix keep reeling it off, you’ll end up seeing it like one anyway. It goes for natural breaks in the story as best it can, but honestly it’s non-stop enough that you can very easily end up several episodes in without noticing. The downside of this is, with all that’s going on, there’s not a lot of room for character growth.

The ostensible main characters, two hapless cameramen who think it’s going to be an easy job shooting a rap video, are little more than placeholders for the audience – who, by and large, will not be hardened French gangsters, but rather a far more comfortable lot, watching Netflix at home without a constant refrain of automatic gunfire in the background.

Like the cameramen, you too are being thrown headlong into this unknown world – seeing through their eyes as everyone around them reacts to their cameras with unbridled hostility. This is perhaps why the livelier cast of gutter thugs aren’t simply filming it all themselves on their phones, because then there would be no clear audience standin (and then it all being in HD really would seem out-of-place). So the real protagonist quickly becomes fresh-from-prison estate boss Tony (Abdramane Diakite).

Tony starts off like a Colonel Kurtz figure leading us steadily further into the heart of darkness, but before long – inevitably, with cameras on him the whole time – ends up a more rounded character and even showing some vulnerabilities, especially when we meet his brother and sister. There’s a particularly mordant laugh to be had when the record label who’ve signed him up declare that they’re utterly uninterested in this slice-of-life material, and prefer the drugs and guns.

It’s the verisimilitude that really makes Dealer. Its pared-down approach makes it incredibly easy to forget that this is a work of fiction. The narrative flow is smooth enough that you can accept that Tony’s conveniently decided to wear a GoPro or that it’s all suspiciously well-framed, and the slower-paced moments end up feeling more like a documentary.

Without the tense, point-of-view presentation, a lot of what Dealer has to offer would be old hat. There’s been plenty of gritty, realistic looks at gang life in tower blocks before now, and there’ll be plenty more after. And when a youth worker turns up to explain how it’s bad to glamourise the criminal lifestyle, well, it veers away from verisimilitude and borders on after-school-special. This kind of moralising can work, but not as it is here, where it’s in the mouth of a character who only exists to say it.

It’s particularly galling, though, because Dealer shows a fairly deft hand in talking about the media – and, really, talking about itself – elsewhere. Our two cameramen often discuss the filming process when they get a moment to themselves, yet the youth worker’s think-of-the-children stuff stays completely tangential.

Since we’re on the subject, though, Dealer does as good a job as any hard-hitting crime drama I’ve seen of not glamorising its subject matter. This is admirable, if not on the moralistic level then on an artistic one. New Wave film-maker Francois Truffaut always reckoned it was impossible to make a truly anti-war film, since depicting war would inevitably mean showing the exciting parts (cavalry charges, things blowing up, you know).

Similarly, the media’s tales of drug dealers – from Scarface through to Breaking Bad – can throw in all the drug-addled squalor they like, but have a nasty tendency of showing their kingpins in very nice houses, waving around stacks of money bigger than God. But Tony here, the Caïd of the title, lives in the same grim tower block as the rest of his gang, and spends nearly as much time running for his life as those helpless cameramen.

Perhaps this is the grittiest, most realistic part of all. In spite of being a powerful, intimidating guy, Tony is just as vulnerable and prone to human frailties as our cowering audience stand-ins. The backhanded implication of Sartre’s old maxim is that to everyone else, we are other people.

READ MORE: When In Doubt: Better Call Saul And The Man With A Gun 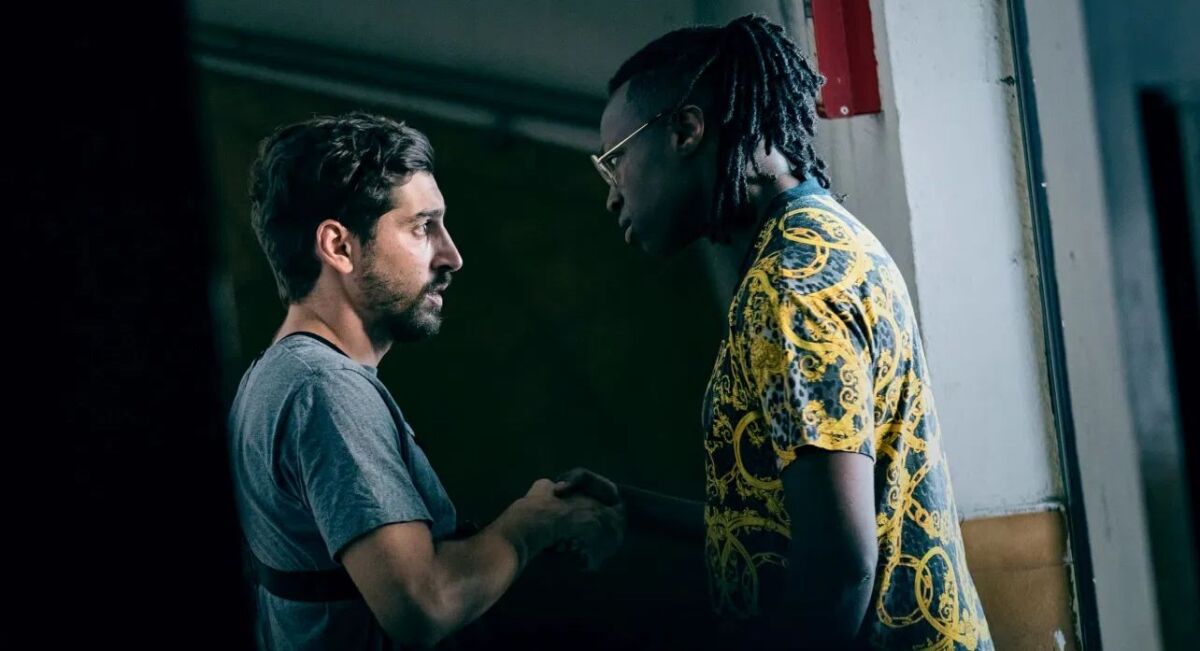 Verdict
Short but effective, Dealer is an incredibly intense romp through the not-so-nice side of France.
8
Cultured Vultures is a pop culture website established in 2013 covering all things gaming, movies, and more. We eat your words.
All The News On Your Favourite Games