Need For Speed Heat (Xbox One) REVIEW – Heating Up

A much needed comeback. 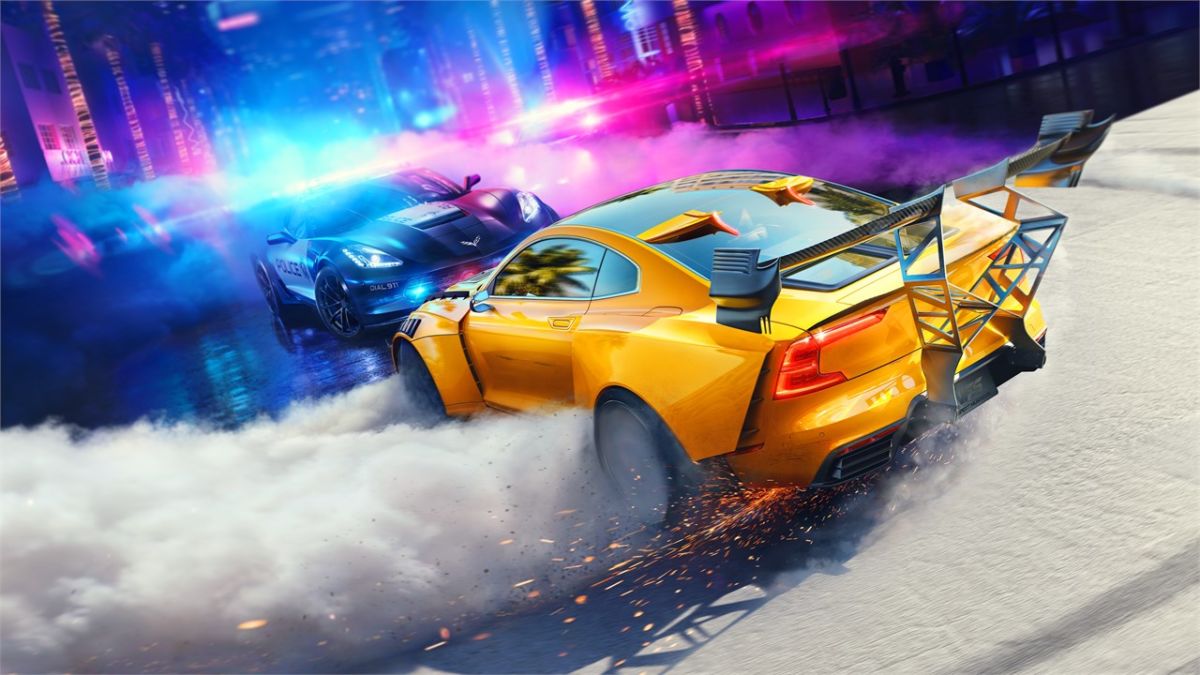 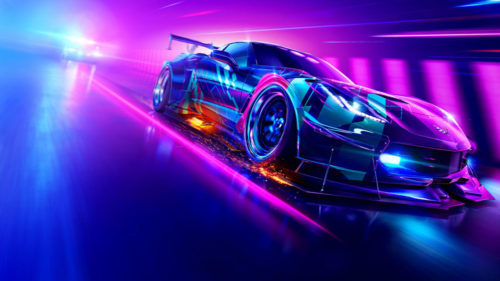 Need For Speed Heat arguably represents a make or break moment for the franchise. After a few underwhelming entries back to back, Heat is under a lot of pressure to perform. Thankfully, after experiencing the thrills that Palm City has to offer, Heat is the best entry of the current console generation. If nothing else, it’s definitely better than Payback, so take that for what it’s worth.

The core reason why Need For Speed Heat seems to work so well is because it gets back to the features that made the series so enjoyable to begin with, and puts them at the forefront: fast cars, street racing, customisation, earning respect and outrunning the cops. There’s no Fast & Furious-esque car heist or famous drivers showing up for the hell of it, it’s just you and your car versus the world. 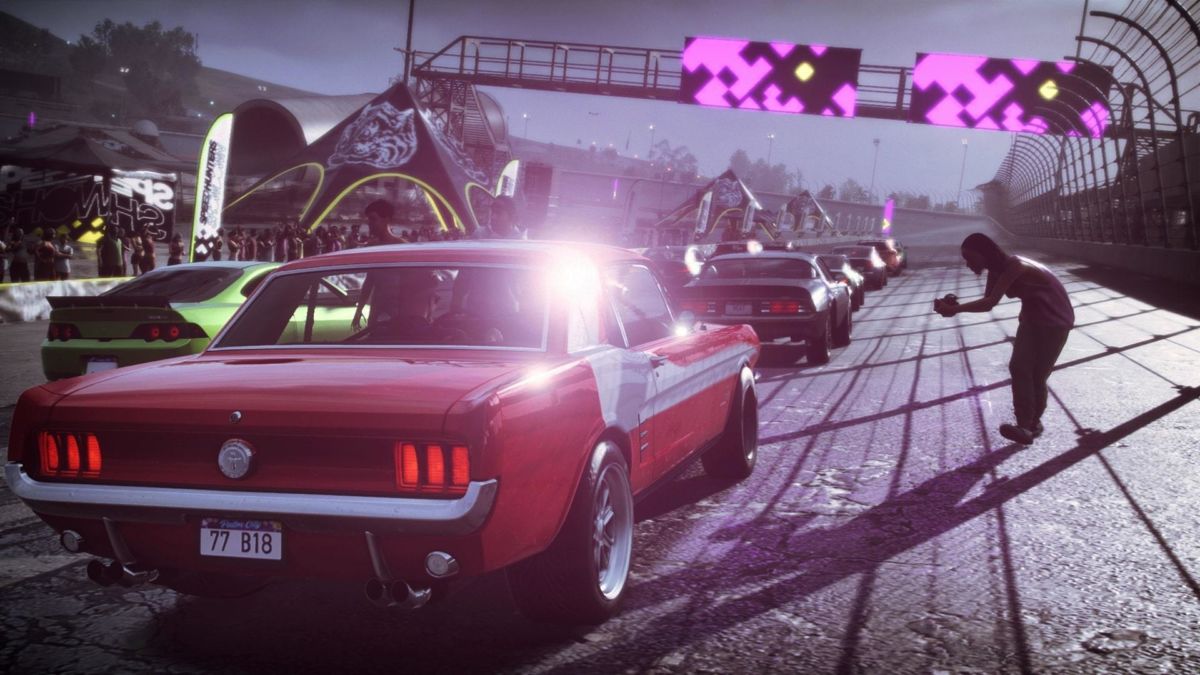 That’s not to say there isn’t a story. Of course there’s one, and in typical Need For Speed fashion, it depicts a world in which the police force decide to give more of a crap about illegal street racing than any other crime like murder, hate crimes, theft and fraud. To be fair, Palm City must be some form of utopian society if the big menace plaguing the streets is some idiots with too much nitrous, living their lives a quarter mile at a time.

As a new racer to Palm City for the legal daytime Speedhunter Showdown racing event, you become embroiled in the illegal night racing scene, where the police have instituted a corrupt task force charged with taking down illegal street racing. It’s a fluff filled backdrop to the racing and police chases, though it’s one that sometimes gets in the way of itself. You play Need For Speed games to race, not to tail police officers without raising suspicion. 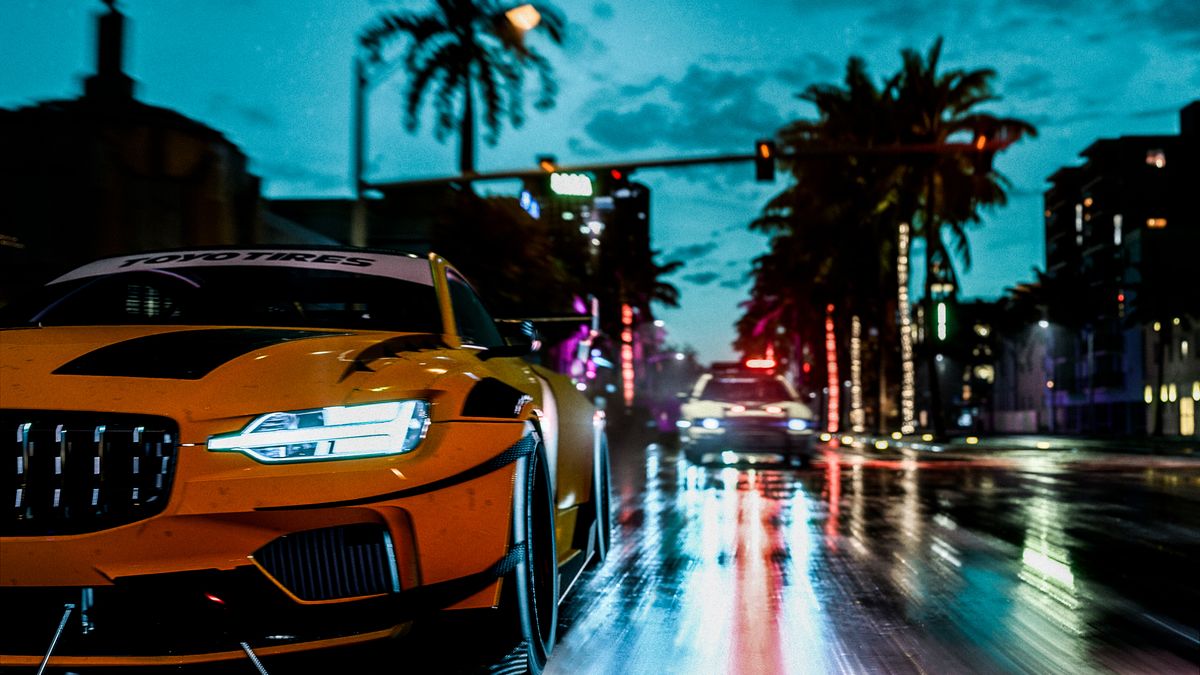 The characters fall flat as well. The illegal street racers act like breaking the law by driving fast is the only way they can get their kicks, as if there isn’t a sanctioned racing competition happening in the very same city, while the police force comes across as arrogant jocks and bullies. It’s almost comical how straight-laced the story is played, especially when you can dress up your character in a hockey mask and Hawaiian shirt.

Heat’s story certainly isn’t the main attraction, but it was never going to be: it’s the gameplay. The Day vs Night dynamic adds a new wrinkle to just completing race after race. Day races take place on sanctioned, closed circuits, while night races are more dangerous affairs that can be interrupted at any time by the police. 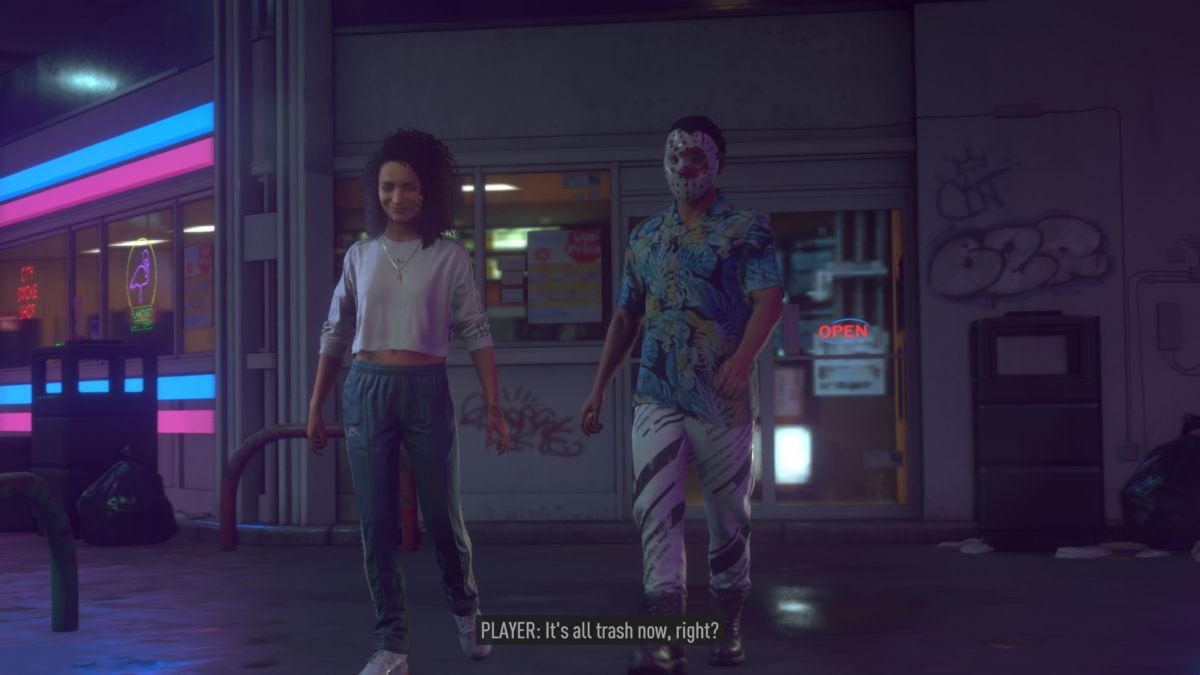 Competing in daytime races earns the money you need to purchase performance parts and cars, but in order to unlock them, you need to earn Rep by winning night races. It ensures that each discipline is important to your overall career, so you can’t just focus on night races to progress, as much as you might want to. Having a new tier of performance parts available to purchase means nothing if you’re lacking in funds.

Winning races, completing activities and pissing off the cops during the night earns Heat, and the more heat you have, the more the police will throw resources at you to bring you down. Higher Heat levels will multiply the amount of Rep you gain, so in order to level up quickly, you have to put yourself out there, take risks and increase your Heat multiplier. Make it back to a garage safely and you’ll bank all that earned Rep. Get caught and you’ll pay a hefty fine, and lose your Heat multiplier. 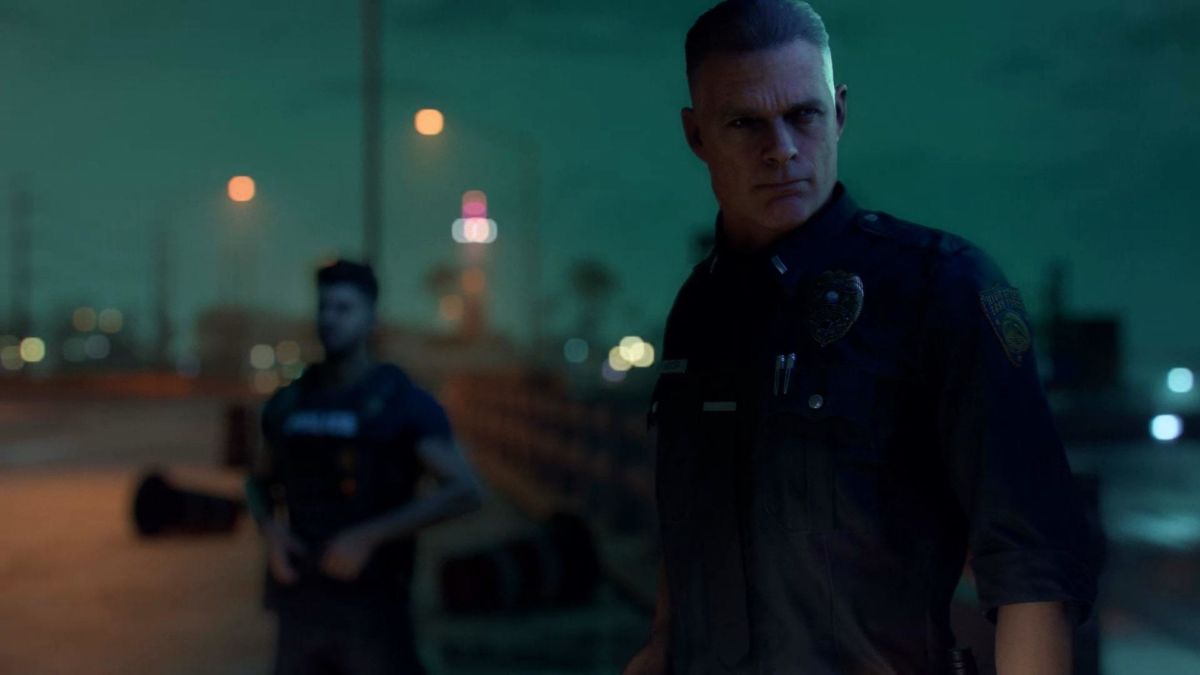 It adds an almost strategic element to night racing, as you decide how far you want to go on one particular night. You could play it safe and slow, earning small amounts of Rep here and there, or you could go for broke. In the early going, slow and steady is the order of the day, as police cars in higher heat levels can easily outpace you, but as you progress, you can afford to be a little more daring.

It’s a system that’s as tense as racing gets, and one that can be as exciting as it is frustrating. The feeling of elation you receive from safely evading a Heat 5 pursuit and making it to a garage is immense, matched only by the level of disappointment felt when you’ve thrown away over 250k Rep just because you took on one race too many. Ultimately, those negative feelings are internal because you’ll know you should have quit while you were ahead. 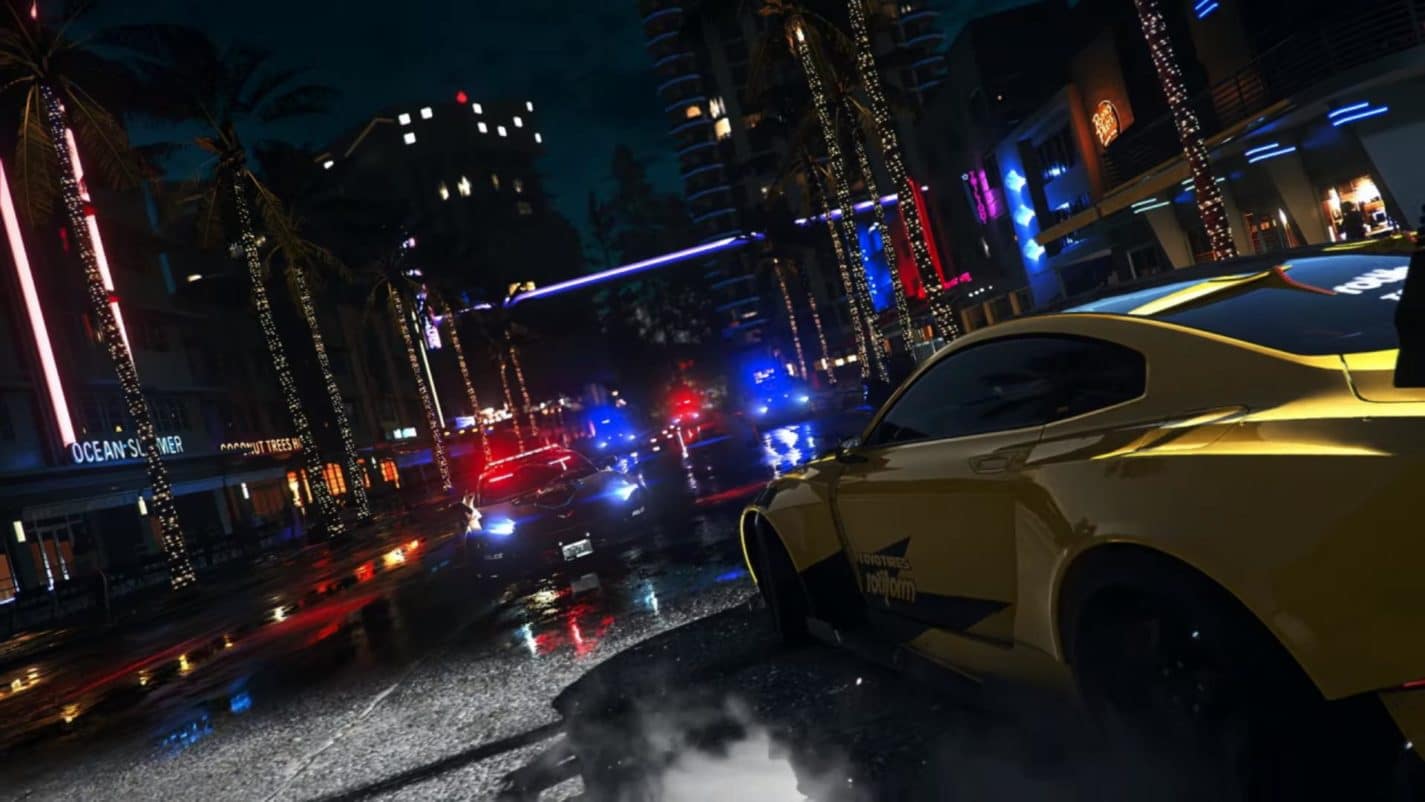 The constant threat of pursuits during night time is also compounded by the online free roam environment. Another player’s high intensity police chase can make its way to you at any moment, dragging you into their mess. During one race, a massive police chase ran through the pack, causing a pursuit to occur for me mid-event, adding a new wrinkle to a fairly pedestrian street race.

The police are relentless, and will stop at nothing to bring you down. Admittedly, it can feel like they do a bit too much damage to you while you’re barely scratching them, though the damage is inconsistent across the whole game. Huge crashes will barely cause a dent, while a minor collision can knock a chunk off your health. It’s a bit daft, and does hamper the experience somewhat. 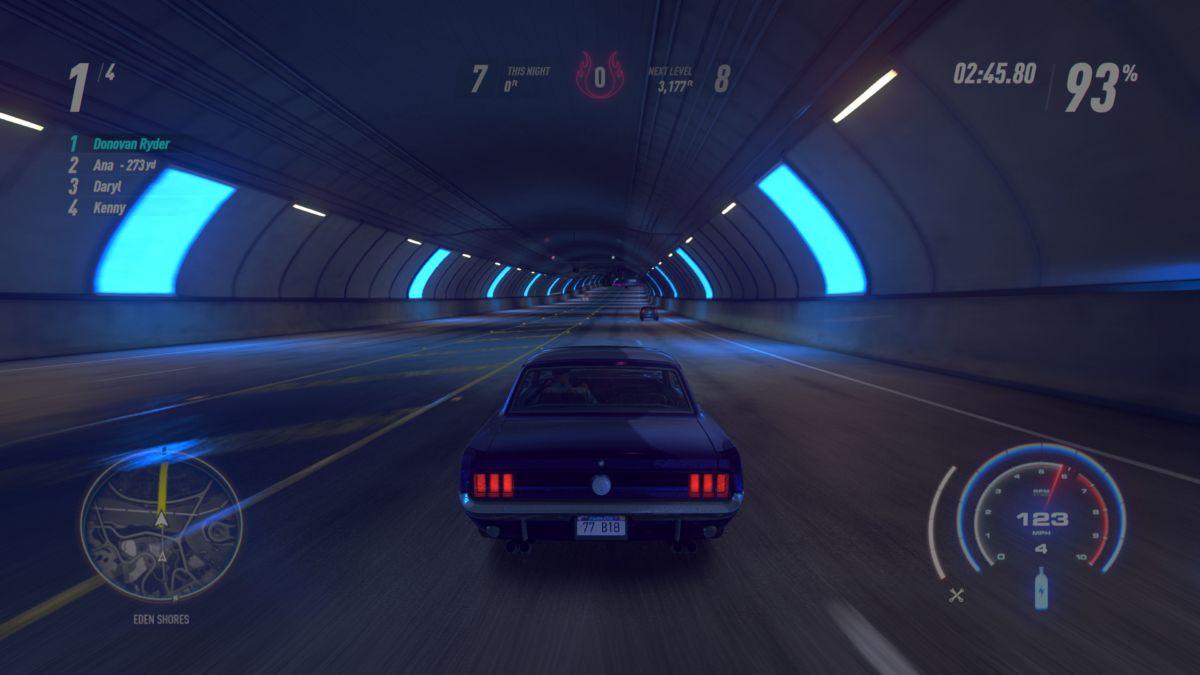 The handling and physics are drift heavy, making Need For Speed Heat feel very arcadey and remenscient of older games in the series. Players can approach a corner at 150mph, pull the handbrake and throw their car around a corner and usually come out the other side unscathed, and nailing those sweet high speed drifts never gets old.

Car customisation is back and heavily encouraged, allowing you to tinker with your car’s appearance and performance in equal measure. Artists will get a lot of use out of the in-game decals, sharing their creations online for others to download and enjoy, though just adding a go-faster stripe to my Mustang seemed to be more complicated than it needed to be. 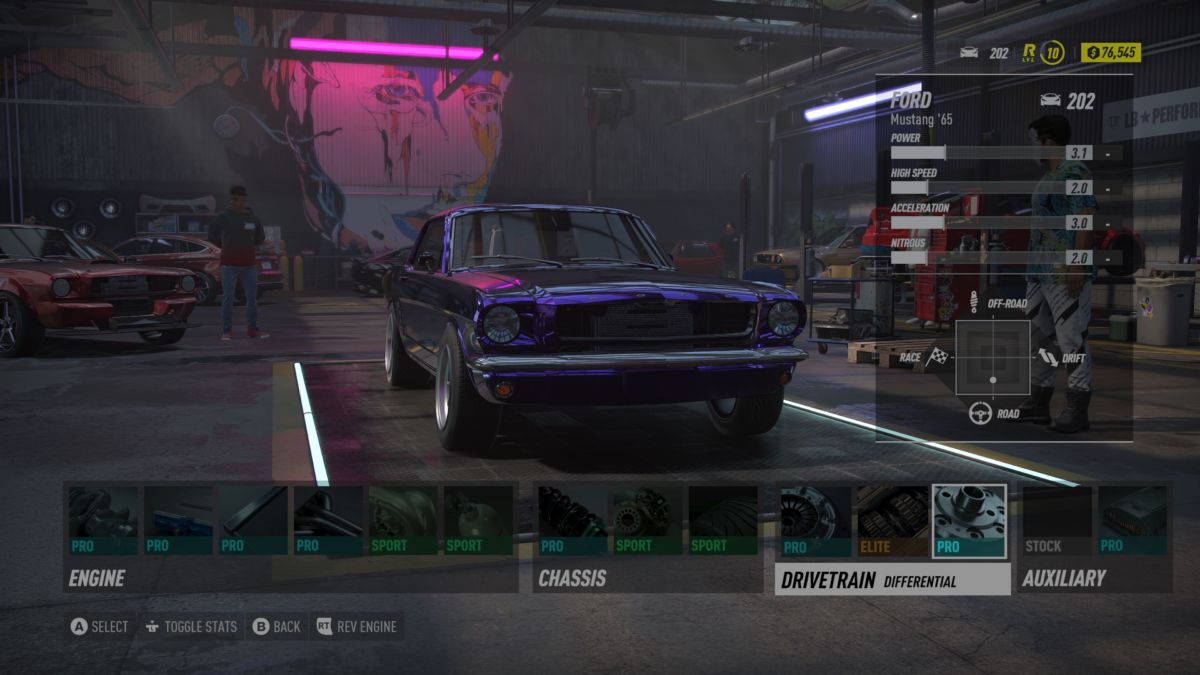 As for performance, players can improve various aspects of their vehicle under the hood, with higher tiers of upgrades unlocking as you progress. The engine upgrades are pretty standard, but the handling is where the upgrading shines. Players can adjust their car’s handling how they see fit, specialising in tarmac or off-road surface and race or drift events.

Being able to upgrade your vehicle to compete in any kind of event means you don’t have to necessarily purchase a fleet of cars to stay in the game, and there’s a level of satisfaction that comes with taking your starter car all the way to the end of the campaign. While this isn’t exactly a new feature in racing games, the fact that Heat highlights this system and makes it easier for players to understand is a good thing. 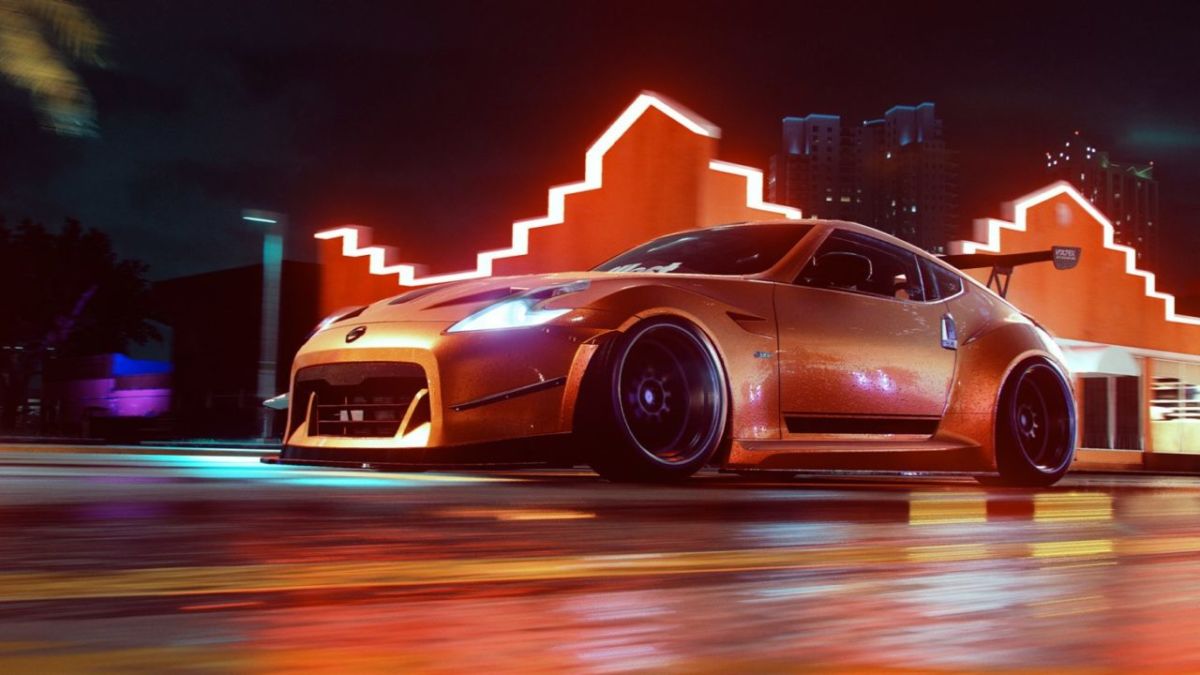 While Heat is mostly a return to form for Need For Speed, there are a few glaring issues. During the campaign, you encounter driving stories, which are essentially a series of racing side quests that offer new performance parts. This might be just how my playthrough progressed, but completing these stories unlocked parts I already had, sometimes even a tier below my current level, making them feel pointless as a whole.

There are some difficulty spikes in the game too. Off-road racing and its specific driving story feels impossible when first unlocked, even when you’ve got the relevant upgrades, requiring you to grind to purchase the next tier. High Heat Races, which only unlock when your Heat multiplier reaches 3 and above, are also incredibly difficult. The events are tailored to your performance rating, but that doesn’t factor a car’s top speed and acceleration, meaning your competition can just leave you in their dust with no hope of catching up.

Perhaps the biggest flaw in Need For Speed Heat is how it makes daytime racing feel almost like busywork. Night time racing offers non-stop thrills and excitement as you actively try to stick it to the cops, but there’s none of that during the day. Day racing, on the other hand, feels tame and empty as a result. It’s still enjoyable, because the racing overall is rock solid, but it’s hard to escape the feeling that you’re racing during the day because you have to, not because you want to.

Despite these flaws, Need For Speed Heat is the beginning of a new upwards turn for the long-ailing franchise. While it doesn’t get everything right, Heat focuses on the right elements needed to be a successful series once again. For the first time in a long time, I have a need for Need For Speed.

A review copy of Need For Speed Heat was provided by PR for the purposes of this review.

*While Need For Speed Heat contains no traditional microtransactions, the Deluxe Edition of the game does include boosts to both money and Rep earned.

Verdict
While far from a perfect comeback, Need For Speed Heat refocuses the franchise on what it does best, and it’s all the better for it.
7.5
Cultured Vultures is a pop culture website established in 2013 covering all things gaming, movies, and more. We eat your words.
All The News On The Biggest Games