NBA 2K17’s MyCareer Is A Noticeable Improvement Over 2K16 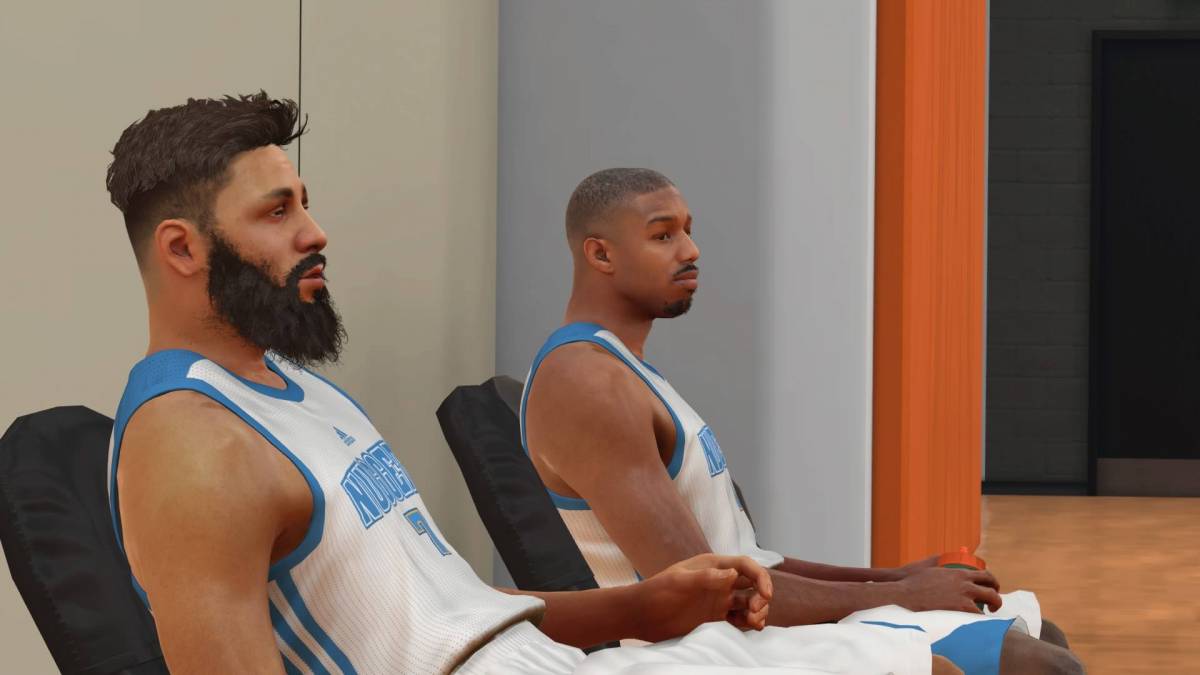 It wouldn’t be a stretch to suggest that NBA 2K16’s MyCareer mode made a lot of the franchise’s sports game competitors sit up and take notice. Many have tried similar things in the past, but few were able to match the storytelling and depth of what 2K brought to the fore. Its influence is obvious already – FIFA 17’s Journey mode seems like it’s taken one or two cues from 2K16.

But here’s the thing: despite being something of a game-changer, MyCareer was seriously flawed last year. Although Spike Lee and simulated basketball may seem like a match made in heaven, the director’s touch was lacking, leading to a lot of awkward dialogue suffering from pacing problems. Scenes in 2K16 that could have been wrapped up in two minutes often lurched past the five minute mark, testing the patience of the player who, funnily enough, just wanted to play.

NBA 2K17 has remedied that, and then some.

Taking the role of Pres, the country’s hottest prospect, as he makes his way through college basketball and then through the Draft, 2K17’s MyCareer mode doesn’t ask the player to sit and wait for a director to cut to a line – it throws you into things head first. Scenes zip by with the exchanges between characters having far more chemistry and flow than previously without ever dragging. The interactions seem natural and the protagonist is far more likable than 2K16’s Freq, whose voice actor often sounded laconic and not entirely there. The small things, from the way your rivals and teammates carry themselves to the envious glances of Michael B. Jordan’s Justice Young, do a lot to tell a story without forcing you to sit and listen for long stretches at a time. 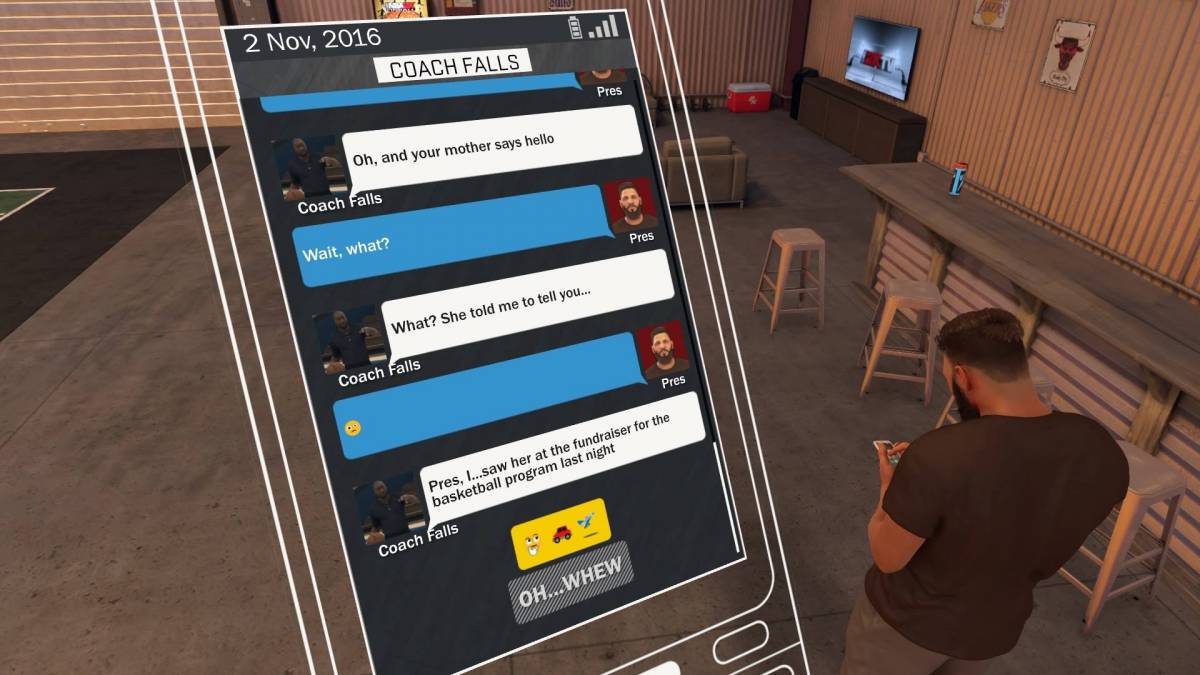 Away from the dramatics, MyCareer also bolsters far more things to do and has an even greater sense of immersion. Although 2K16 had an impressive selection of things to do during your off-day and press conferences to RPG your way through, there was often a sense of isolation, like you were always on the outside of things; as if Freq was ghosting along in the NBA. The developers must have seen that as they’ve taken things to the next level with 2K17, stripping back where they need to and adding where necessary.

Instead of focusing on how your character deals with fame, 2K17 asks you to cultivate relationships first and foremost. Paying attention in practice and putting the extra work in has an impact on the way in-game commentary perceives you, just as it does with your coach. Similarly, building a bond with Justice Young after overcoming your differences sees him becoming a major part in your own growth, as well as cementing a relationship between yourselves on the court. 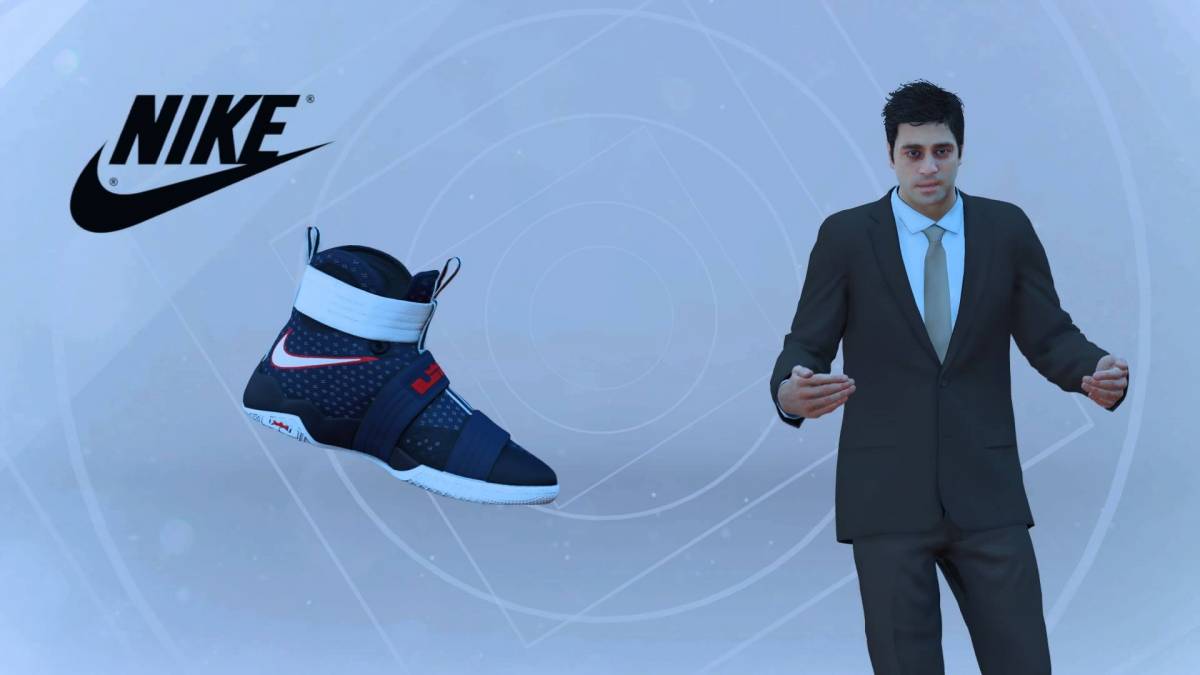 Feeling like you need shoe sales before three-pointers? Your agent is there to guide you through it at the risk of losing court minutes and respect. Early on, you’re asked to make a choice of sneaker brands and all the possibilities that come with them. However, take too many media obligations and sacrifice what really counts and you could find yourself quickly frozen out. What’s a billboard worth if the player on it never plays?

The other small additions for NBA 2K17’s MyCareer all add up to make a big difference in the overall package. Being able to reply to texts with emojis (as pointless as that may sound) when you think your high school coach may be porking your mother, summoning your friend called Denver who also got drafted to Denver Nuggets with you to play some ball, and the simple feeling that what you do actually makes a difference, have all impressed me to no end so far.

It’s still early days, but judging from what I’ve seen so far, it looks like every other sports game out there will be even further behind NBA 2K17 by the time they try to catch up with what they’re doing next year. If 2K16’s MyCareer was a proof of concept, 2K17 is the finished article.

By the way, Falls is totally porking your mom. The sly dog.