While it can't come close to matching any of its obvious inspirations, My Pet Dinosaur is a watchable movie all the same. 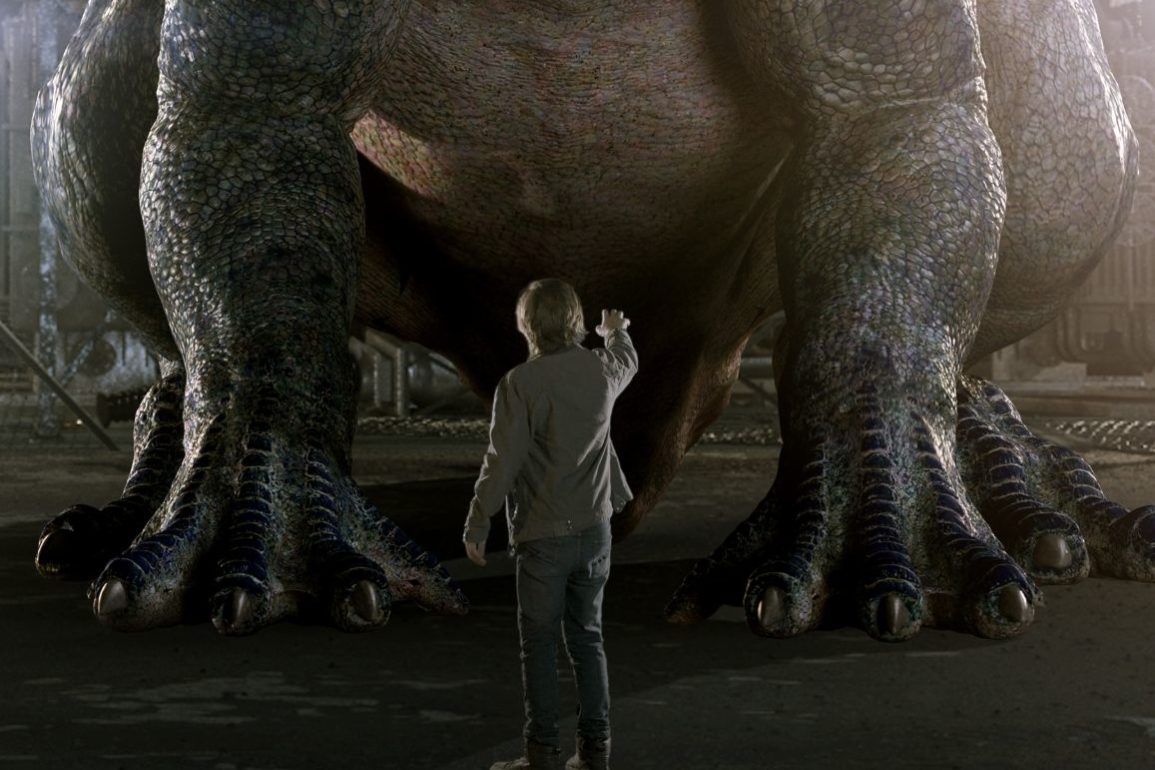 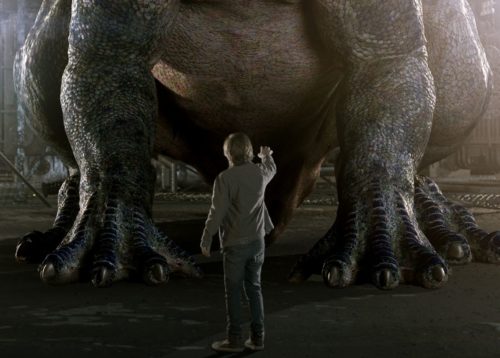 A baby dinosaur sounds like a good idea for a pet but they grow up, fast, and to immense size. That’s what happens in the mish-mash of ET and Pete’s Dragon called My Pet Dinosaur written and directed by Matt Drummond.

Flying saucers pollinate the small town of Brightwood with puddles of goop that turn into prehistoric creatures when wet. One spilled protein shake later, a sample of it grows into a cute baby dino. Local youngen Jake (Jordan Dulieu) adopts the minisaurus as a pet who gradually grows out of control. Meanwhile, the town is in a panic over the lights, slime, and strange mutant animals they are finding everywhere, drawing attention and suspicious fascination from the military and the EPA.

You can tell where it goes from there. This film hits a lot of predictable notes, but so does every movie since the 80s trying to imitate ET (refer to Super 8 on that one). The key is this: does an ET cash-in, ripoff, or tribute make the effort? My Pet Dinosaur does and is rather enjoyable for as small a film as it is.

The acting is wooden and feels over-rehearsed (much of the cast sounds like they are hiding English accents) but the story sucks you in. Jake is your typical suburban kid with problems at home and a brother (Harrison Saunders) who picks on him, at least for the first half. They’re raised by their stepmom (Beth Champion) — or their dad’s last girlfriend who feels responsible for the boys. It’s never entirely explained but, notwithstanding, dad is not in the picture. And it appears those abandonment issues spur Jake to take in and protect his jurassic companion, whom he names Magnus, though that’s never explored fully either.

Nonetheless, boy and monster develop a bond that produces a few heartfelt moments, especially when Jake has to calm Magnus down when the army draws weapons. Magnus, for his part, demonstrates palpable personality and emotion breathed into him, similar to the stop-motion creations of Harryhausen and Willis O’Brien, despite being obvious 100-percent CGI. He’s likable and funny, like something out of a cartoon as he grows, makes cute noises, and fights with toilet paper when making a mess of Jake’s house. They do a good job making you feel for Magnus.

I wouldn’t say the same for the military personnel, our cookie-cutter villains, naturally, who are after him. They are commanded by the cartoon-villain Colonel Roderick (Rowland Holmes), a guy who exudes such slimeball qualities his name could be Ivan Ooze. Any means to his ends is OK with him, short of killing. He bullies, intimidates, kidnaps, and barges into homes to obtain “the asset”, his classification for Magnus. His motive is to recreate the process that begat Magnus because, well, just a guess, he wants to make an army of Dino soldiers or something (nope, just like Fallen Kingdom, they don’t go deeper into that either).

Anyway, Roderick and his men get their comeuppance in the end and that’s what’s important. He even gets caught on video giving that “you need me to do what I do because I protect you” speech. Classic!

Drummond brings a lot to the table, more than he has time to resolve. However, with the central boy-and-his-dog story, he hits all the points he has to to make it work. My Pet Dinosaur can find an audience that will appreciate it (if Mac & Me can, this can).