Small improvements, but not quite a significant evolution. 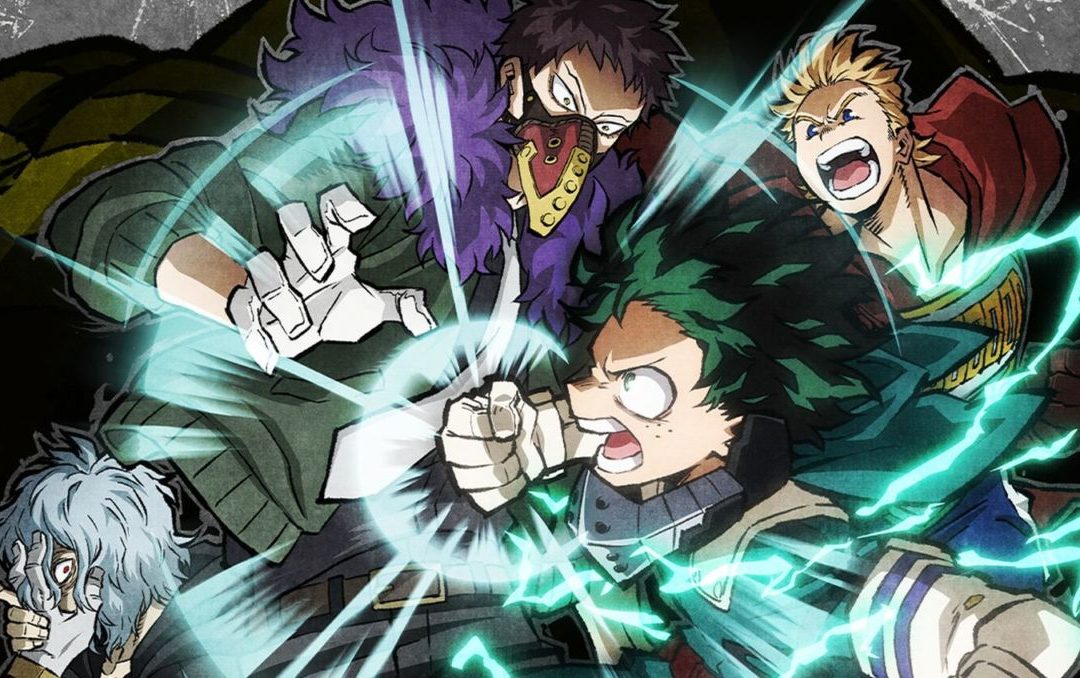 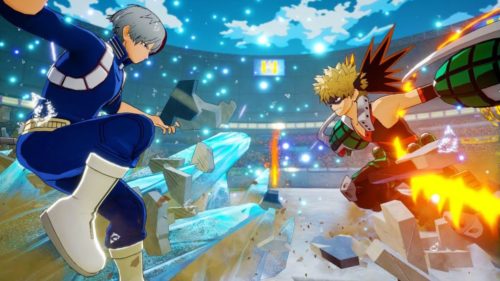 In the time since My Hero One’s Justice launched back in October 2018, the franchise has continued to grow from strength to strength. It’s currently coming towards the end of its fourth season on TV and has recently had its second movie screened in cinemas, with talks of a live-action adaptation to follow.

My Hero One’s Justice 2 picks up where the first game left off, taking place from the halfway point of the third season of the My Hero Academia TV series and covers the Provisional Hero License Exam Arc through to the end of the Shie Hassaikai Arc respectively (roughly the halfway point of season four). Here, the world of MHA opens up even further, introducing heroes from other schools and more Pros to boot, while also giving way to a new antagonist, Overhaul, a germaphobic sociopath, and his Yakuza squad as they plan to eradicate all Quirks in existence. 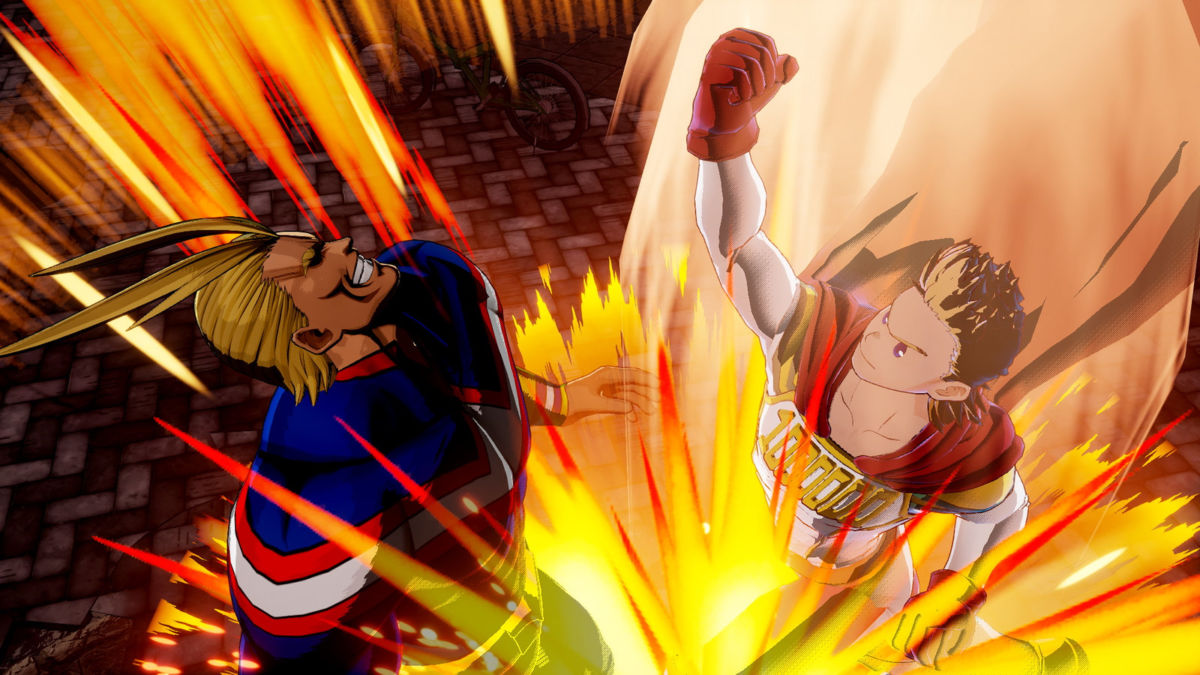 The story begins with a premonition from Sir Nighteye, with Deku and Overhaul in battle, before flashing back to the students of UA High moving into their dorms and progressing from there. The plot is told through cinematic storyboards, accompanied by voiceover from the Japanese cast. As with the first instalment, One’s Justice 2 assumes the player is already familiar with the show, so if you’re new to the world of MHA, the opening recap is about as much context as you’ll get.

One’s Justice 2 keeps its focus to the bigger moments of the story as opposed to a full recap, and the comic style is a fun way to fast track through the narrative without feeling like you’ve missed too much. 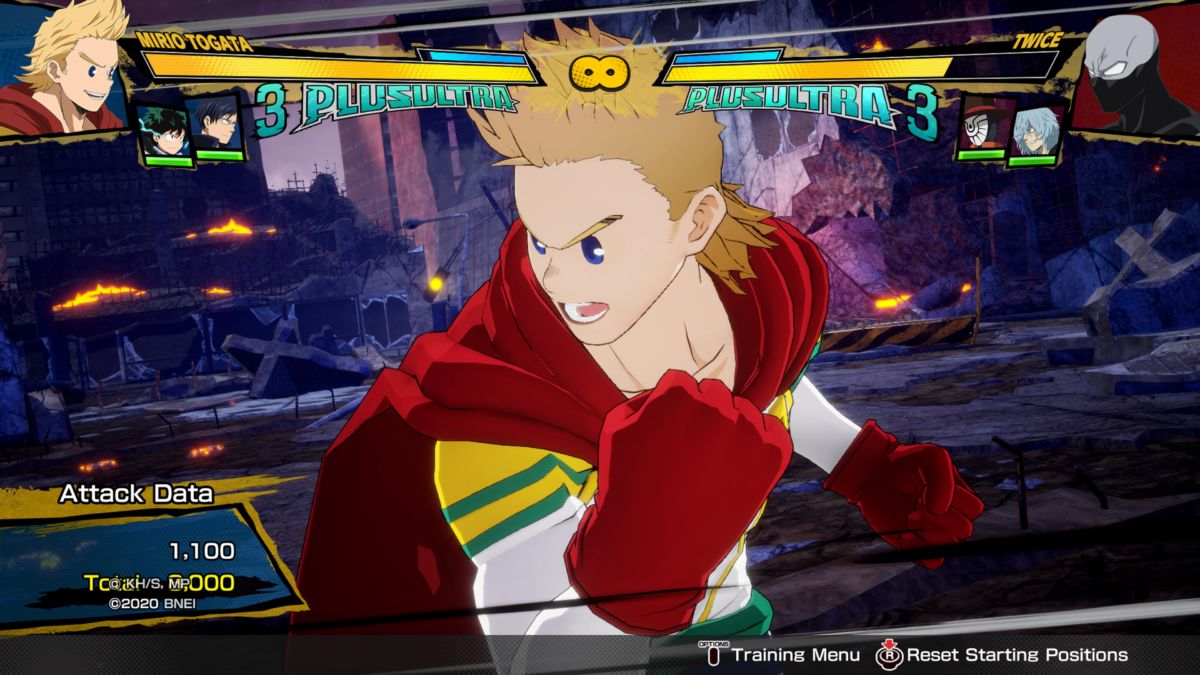 To begin, you play through the events from the perspective of the heroes, before switching to the villains and seeing everything again from their side. You will play the same fight from both sides of the battle but get the fresh perspectives of each character. It’s a nice way to get more playtime with each character and add some length to the story mode. While this is the same format as the first game, it has now removed the ‘What If’ missions and kept things concentrated to the plot at hand. This is a welcome change, feeling like there’s much less padding than before.

Additionally, each mission still has 3 objectives, typically consisting of beating the mission itself, finishing the fight using a special move (a “Plus Ultra” finisher) and either winning with a specific amount of health remaining or in under a certain amount of time. This is another simple change from the first game, replacing secret objectives which were confusing and frustrating to figure out at the best of times. 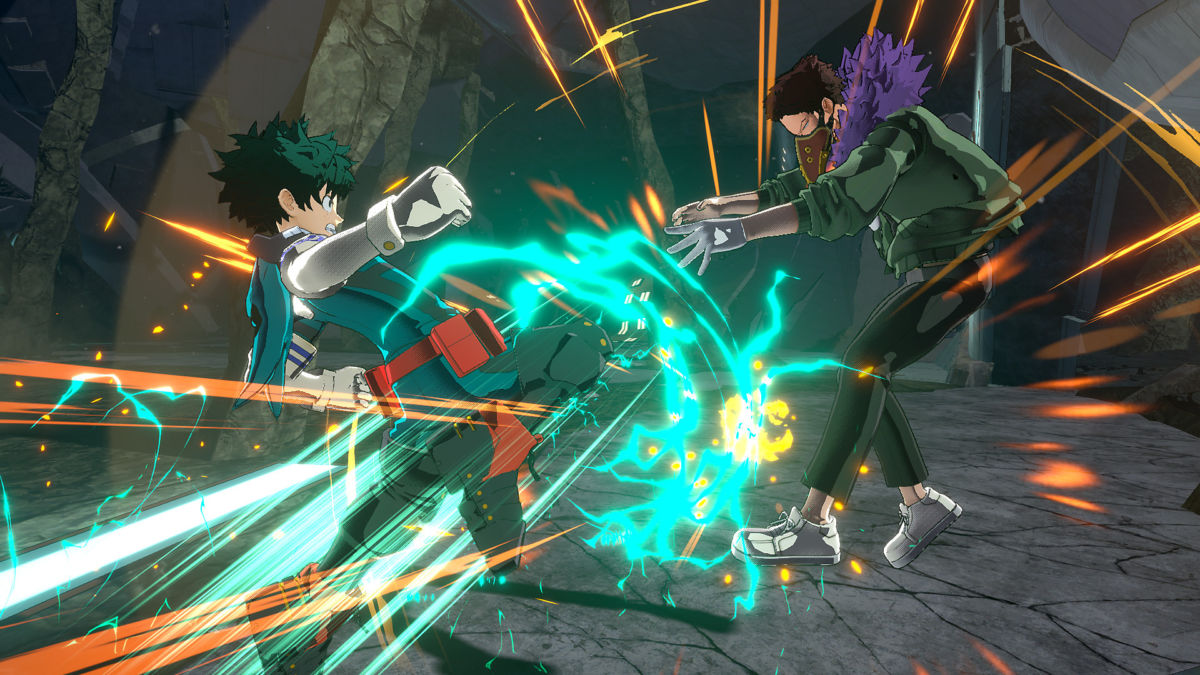 You’ll also still be awarded a ranking at the end of each mission, from E to S, with higher rankings awarding more in-game currency that can be spent on customisable items and in One Justice’s Mission mode. The unlockable clothing items offer nothing in the way of perks, being more so for decking your character out in the online modes.

The core gameplay of One’s Justice 2 remains very much the same as the first as a 1v1 3D arena fighter, but with a greatly expanded roster for its second outing. The combat is fairly simplistic, with light attacks being alternated with heavy Quirk-based attacks, mixing in a counter and dodge to best your opponent. Fighting AI enemies, you can largely get by with mashing light attacks. With online fights, however, you will need a slightly better understanding of your chosen character, as well as on-point dodging and knowing when to trigger your sidekicks to help you in a pinch. 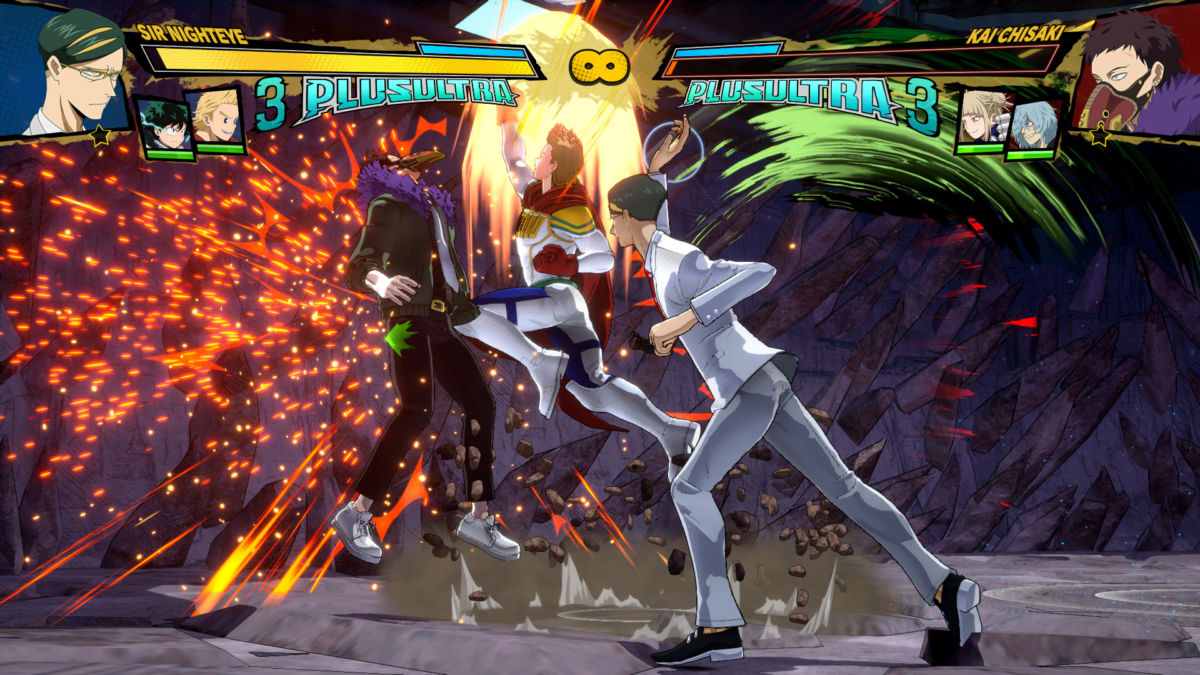 The fighting controls are consistent across all 20+ playable characters, so you won’t have to worry about mastering any specific character intricacies so to speak, but it will help in the long run to get a feel of who is better suited to close range or long distance attacking etc – going into an online match blind can be costly.

In the online fights, I found myself being able to get into matches pretty quickly and noticed very few issues in connectivity, minus one or two framerate issues during “Plus Ultra” attacks. There was nothing enough to spoil the experience and overall offered a nice learning curve in improving my skills. Word to the wise, use your sidekicks tactically – the number of times they saved my behind while in the middle of a combo is innumerable. 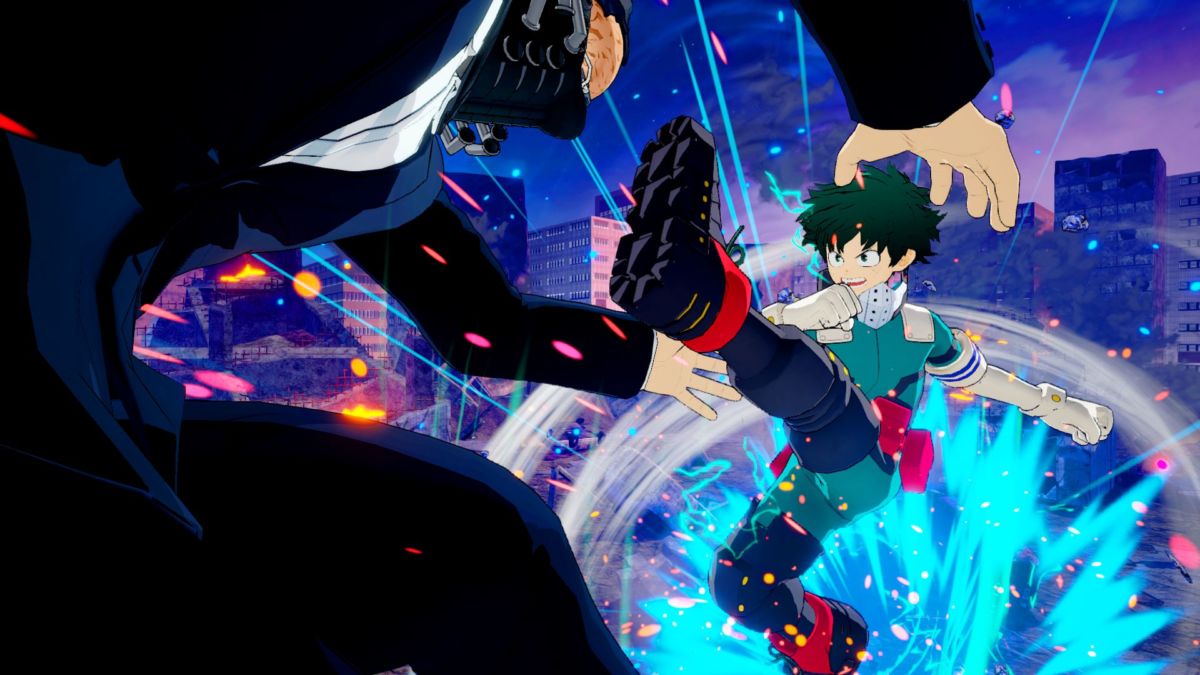 The combat doesn’t quite have the technical mastery of other anime fighting games, like Dragon Ball FighterZ for example, but it’s fun with enough flash and exciting visuals to do itself (one) justice. Even after hours spent with the game, it remained a treat to see the special Quirk attack cinematics unfold.

It’s again a treat how much the playable characters feel authentic to the source material, with bigger characters moving much slower but hitting harder, like Kendo Rappa and Fat Gum, and other characters, like Ilda, having a longer dash in line with his speedy Quirk. It goes a long way in making up for the basic combat. 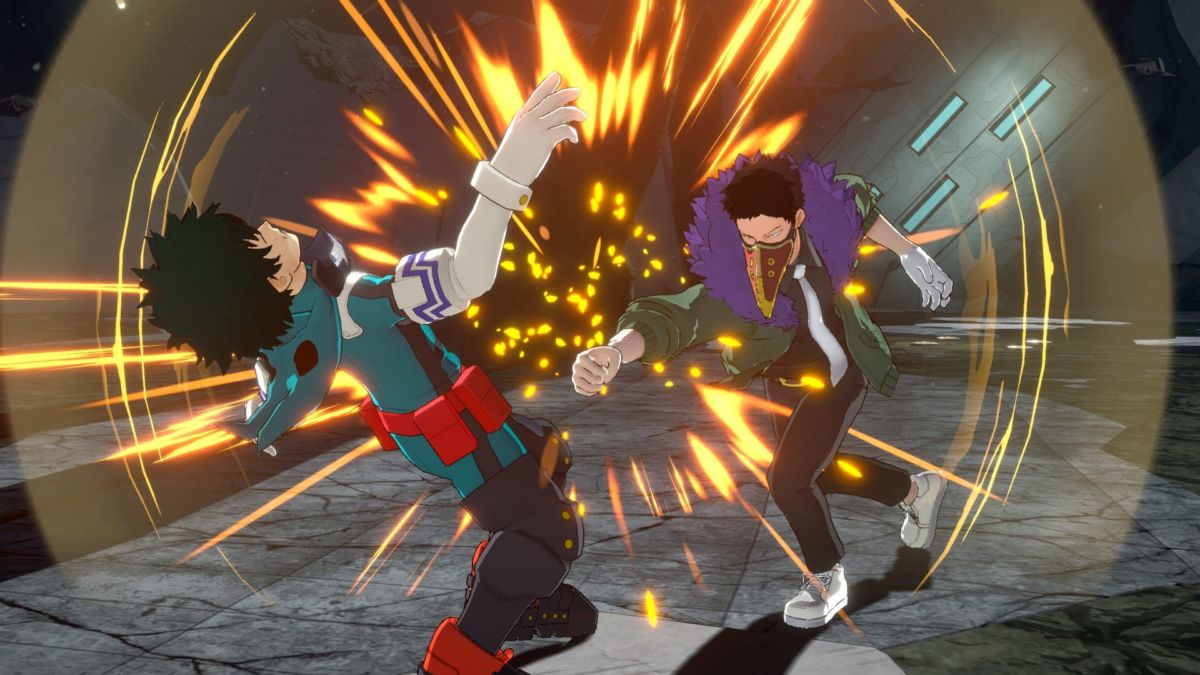 The Mission mode also makes a return in One’s Justice 2, seeing you assemble a roster of three characters to take on different maps of varying difficulty. This time, you’ll need to use experience points to unlock the roster and add them to your ranks. The missions themselves are just more battles, but a victory means more experience and levelling for your lineup, offering at least some impetus to continue.

It’s a decent break from the bulk of story mode and offers a bit more of a challenge, with damage carrying over into each new battle. However, having to go in and out of menus to reconfigure your roster lineup felt a tad clunky.

My Hero One’s Justice 2 is, by and large, a copy-and-paste sequel, with Bandai Namco taking an ‘if it ain’t broke, don’t fix it’ approach with a few minor improvements here and there that offer a step up in the overall quality. Your enjoyment of One’s Justice 2 will largely hinge on whether you are already a fan of the series and if you liked the first game, making it a tough entry point for newer fans. The style-over-substance combat will likely not make up for a lack of overall depth in the combat for many.

It is fun for what it’s worth but is really just more of the same. I can’t help but wish Byking and Bandai Namco added something more, something fresh, to really help One’s Justice 2 stand out and truly be ‘Plus Ultra’.

A copy of My Hero One’s Justice was provided by PR for the purposes of this review. 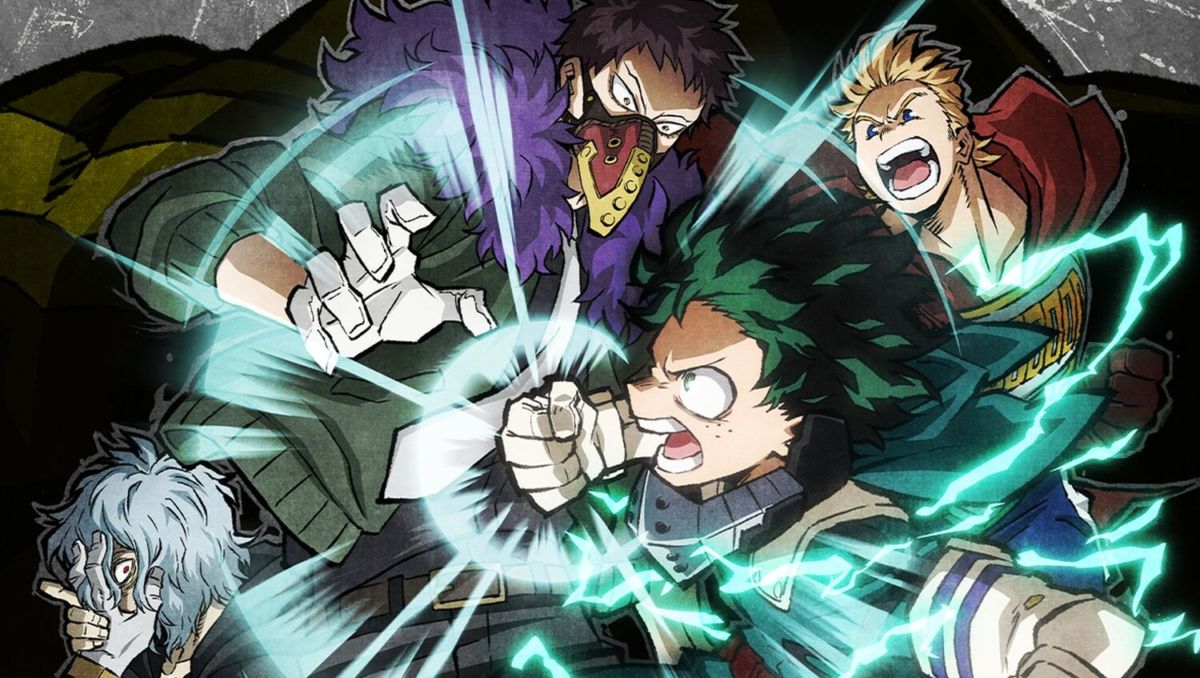 Verdict
Despite small improvements and a larger roster of characters, My Hero One’s Justice 2 doesn’t quite offer enough significant evolution in its gameplay or combat to set it apart from its first instalment.
6.5