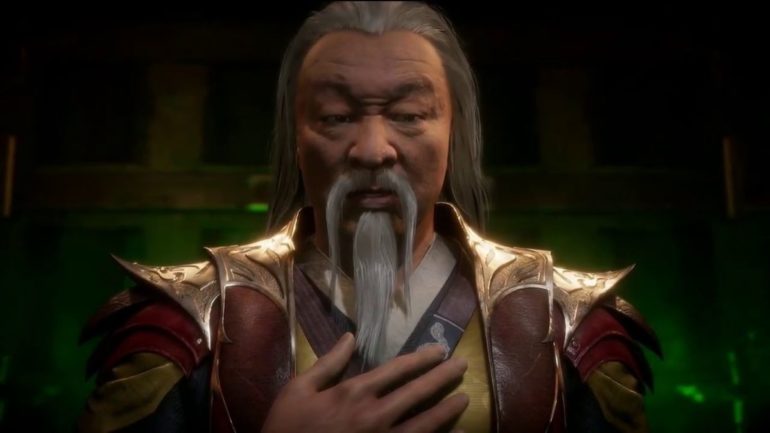 Mortal Kombat 11 has launched to a variety of glowing reviews, praising the tight gameplay and absolutely bonkers story (finished it last night, confirmed bonkers), but a lot of criticism has been levied towards one of the game’s main modes: The Krypt. After playing the game for a few hours already, it’s not hard to see why.

The Krypt is a massive waste of time.

The Krypt has been a staple of the Mortal Kombat games since Deception, allowing players to purchase items using in-game currencies. While Armageddon operated more like a regular shop, most iterations of The Krypt offered set rewards behind blind purchases. There was no random elements (except for the jumpscares), but you never knew what you were buying until you bought it. It’s important to make that distinction now, as it’ll become relevant later.

From MK 9, The Krypt has also evolved in size and scope, going from a simple means to unlock items to a first-person adventure with puzzles and giant spiders in Mortal Kombat X. Mortal Kombat 11 arguably goes even further in its scale, offering a third-person puzzle solving extravaganza, but it feels like a step too far, and its implemented in such a way that leaves a sour taste in your mouth. 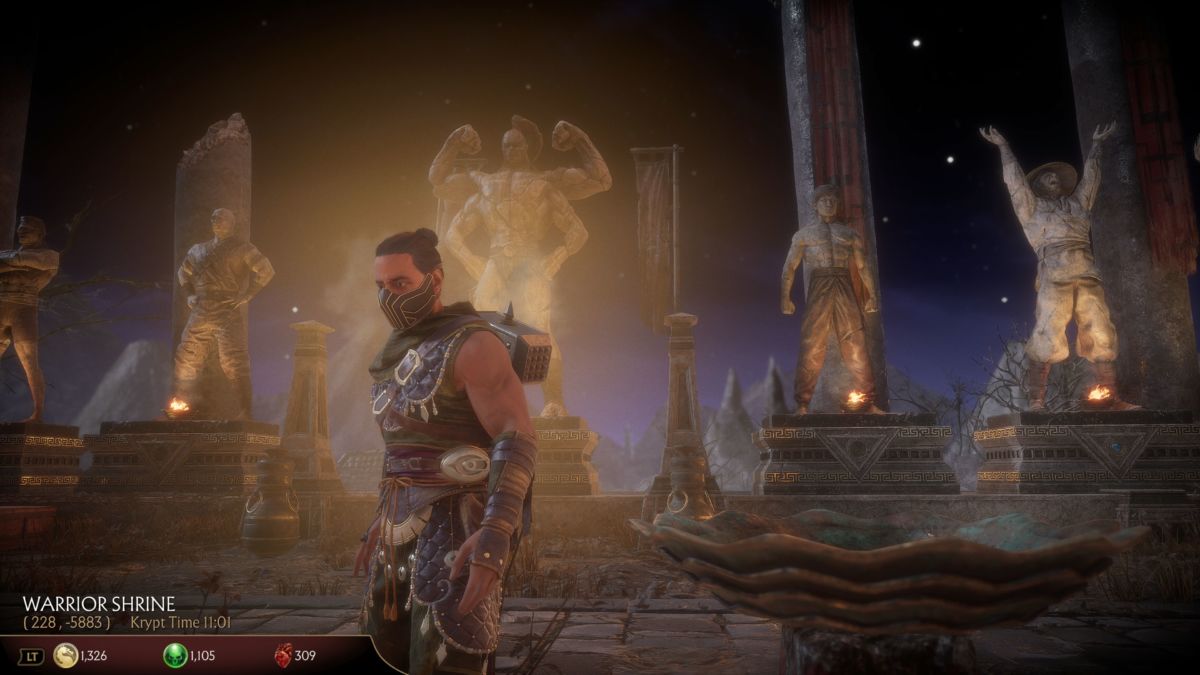 Taking place on Shang Tsung’s Island, players control an unnamed character as they explore the island, finding new items and artifacts while being guided by a returning Cary-Hiroyuki Tagawa. As you find new items, you can unlock more areas on the island, thus earning new rewards. Sounds good, right?

Nope, because the problem with The Krypt in Mortal Kombat 11 is that all the rewards you earn from chests are completely randomised. The chests are located in set positions, and the items you get that allow access to new areas are locked in place, but the chests that you open feature randomised items, akin to that of a lootbox.

Warner Bros and Netherrealm Studios don’t exactly shy away from lootboxes. Just look at Injustice 2 as an example, which used Mother Boxes to randomly reward gear, but Injustice 2 offered loot boxes for doing pretty much anything in the game. Mortal Kombat 11 wants that same feeling, but decides to obfuscate the process by forcing you to explore Shang Tsung’s Island-based sexnasium.

Worse still, each chest has its own koin value, so you could get a new character skin for 2000 koins, or some concept art for 10,000 koins. The chests are weighted in favour for more expensive boxes offering greater rewards, but it’s still a possibility, and one that makes The Krypt feel unrewarding, though Netherrealm have already stated that they plan on adjusting this in a future patch.

The fact that you have to explore a whole new 3D environment at all to unlock new items for your 2D fighting game is its own set of issues too. Not everyone has the time, or the inclination, to solve a bunch of puzzles and open chests in the hope you get a cool character skin, but you don’t really have a choice if you want to really get stuck into the character customisation, as most of the unlocks are tied to The Krypt, save for a few that can be unlocked elsewhere.

The argument could be made that these item unlocks are cosmetic, as no abilities are offered as random loot, so The Krypt becomes a purely optional endeavour, but there are some rewards that go beyond being purely cosmetic. The codes for your second fatality, along with Brutality requirements, need to be unlocked in this way (though you can just find the inputs online without unlocking them), and you can also earn augments and konsumables that are designed to help you in the Towers of Time mode. The Krypt is basically a necessity in order to do well.

To make matters even worse, MK 11 has a Premium Store where you can purchase select items that change on a daily basis for Time Crystals, including items that appear in The Krypt. How do you earn Time Crystals? Aside from levelling up and completing certain objectives, you can buy them, because of course you can.

If players could use their koins to purchase the customisation items they wanted for perhaps a higher price than most of the chests in the Krypt, the system would feel much more rewarding, giving you a reason to save up your currency to complete your character’s look. Locking these items behind random chests, and only letting players purchase a random selection of said items using a premium currency feels like a nutpunch from Johnny Cage himself.

When the closed beta came out, I wrote about how Mortal Kombat 11’s Custom Variations could be its best feature, but now that I’ve seen how they’ve been implemented, and how you have to go about earning your loot, my enthusiasm for the feature has diminished, and The Krypt is to blame.

Dedicated Mortal Kombat fans might get a kick out of exploring Shang Tsung’s island and seeing all the different Easter Eggs and lore nods. Honestly, it’s hard to argue that The Krypt was made without any love for the series, but the way it affects what was one of Mortal Kombat 11’s most promising aspects makes it a bloody shambles.