Rising up (back on the street). 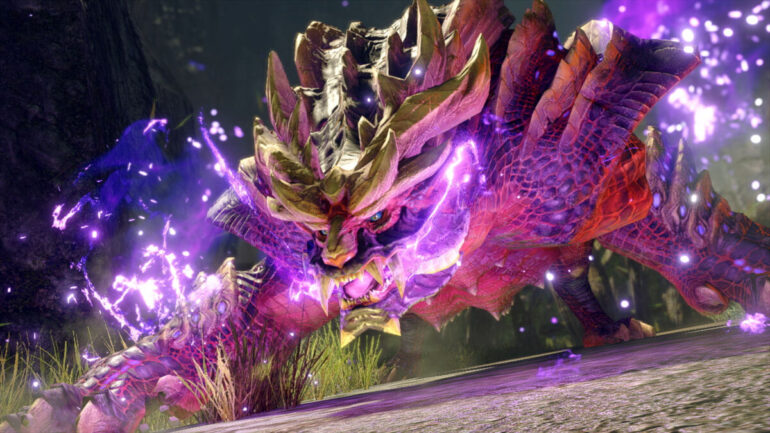 You’ll play as a Hunter – someone who seeks and slays giant monsters – protecting the Kamura village from the menace of enormous beasts.

From the gameplay trailers and tutorial videos, it’s easy to see that the hype for Rise isn’t new, but the expectations have been getting higher by the day, as we near the release day of March 26th.

So, we’ve hunted for some information on the Monster Hunter: World successor, and we’ve found interesting facts that old and new Hunters should know before Monster Hunter Rise releases on Switch this March.

1. It Will Be More Welcoming To New Hunters

You’re not familiar with monster hunting? Fret not. Rise will be even more appealing to newcomers than before.

First of all, the game will have a focus on action, at the expense of the preparation and monster-seeking phases. No longer will it be necessary to look for footprints and examine the world around you; the monster’s location will be revealed beforehand, so you can just go straight into the fray, should you want to.

Among the other quality of life improvements is the fact that the Hot Drink is no longer a necessity to keep you warm and alive in cold environments. In fact, it seems the Hot Drink has been removed from the game. Sharpening weapons is still a thing, though.

Besides, the Hunting Horn is now going to be less of a burden to learn. Although it’s a highly effective instrument for support roles, it was known for its hard-to-master aspect. Now, in Monster Hunter Rise, this musical weapon will have melody combos that are easier to play and learn.

This gentler learning curve has been adopted in Monster Hunter: World and is possibly one of the aspects that made that title popular in the West. Because of that, Capcom is willing to ease in new Hunters for the upcoming Monster Hunter Rise.

On the other hand, this recent approach to monster hunting may not be a good thing for players who enjoyed the original hardcore experience from Monster Hunter: World’s predecessors.

Don’t own a Switch? No problem. Well, unless waiting until 2022 is a problem for you.

Capcom has confirmed that Monster Hunter Rise will be ported to PC in 2022. The reason for this might be the popularity of Monster Hunter: World on PC, Xbox One and PS4, mainly in the West.

Since the Switch has technical differences – and limitations – compared to PC, porting the game between these two technologies is not going to be an easy or predictable task.

The powerful hardware of PC, Xbox One and PS4 enabled Monster Hunter: World to get great graphics and seamless open levels. In that aspect, even though the Switch has comparatively lower-end hardware, Capcom has managed to insert good visuals and open levels without loading screens in Rise, too. That means Rise’s PC port probably won’t look out of place.

If you don’t want to wait until 2022 and you’re thinking of buying a new Switch, don’t forget to take a look at the Nintendo Switch Monster Hunter Rise edition.

3. You Will Have More Company

Monster Hunter fans are probably familiar with the Palicoes – cat-like companions that help you on the hunt and even in combat. But now, Hunters will get a second type of companion: the Palamute.

The Palamute is a wolf-like tamed animal from the Kamura village. They will be mountable rides and will serve as an extra hand – or paw – in monster battles.

Palamutes will make traveling a lot faster and also easier, since players will be capable of using items and sharpening weapons while riding.

Monster Hunter Rise will not only allow wolf riding and coordinated attacks with these two Buddies, but also allow Hunters to customize their Palicoes and Palamutes as they want.

It is worth noting that in single-player missions the player will get to take two Buddies with them – one of each, or two of a kind – while multiplayer missions allow the company of only one Buddy.

You won’t need to kill multiple Rathalos and gather lots of Streamstone shards just to upgrade that weapon you’ve been using for weeks, without even knowing if the path you’re following in the upgrade tree is adequate.

In Monster Hunter Rise, the number of materials needed to upgrade your equipment is reduced, while the upgrade trees are a bit more revealed.

It would seem the purpose of this change is to make upgrading less laborious. That should make life easier for players who wish to explore other weapon types, and it should fit in well with the game, since there will also be new weapon moves with each of the 14 weapon types; most of those new moves are coming with the new Wirebug,

5. ‘Rise’ Up And ‘Bug’ Your Enemies With The Wirebug

In Monster Hunter Rise, you’ll get a powerful, organic tool to help you: the Wirebug. It’s a beetle from the Kamura village’s outskirts, and the females of its species produce a powerful silk, called Ironsilk, that can be used by Hunters when the beetle is tamed.

Ironsilk will allow players to acrobatically attack and maneuver in battles, and since there are no restrictions as to where you’ll be able to swing from, the Wirebug also allows for a sort of air traveling. Getting a Somnacanth by surprise from the sky will be a possibility.

There are two permanent Wirebugs for every Hunter, but a temporary, wild one can be caught. Although there is a short cooldown for using a Wirebug, they have infinite uses.

Another feature the Wirebug brings is Wyvern riding. Hunters will be able to use Ironsilk to mount some monsters and use them as weapons – against other monsters or themselves.

Players will be allowed to drive enemies against walls, use them to attack another monster, or get extra mobility, to mount some other nearby beast.

If you’re struggling for a long time with a certain monster, don’t give up: Monster Hunter Rise will get new buffs that can be picked before battles, on your way to the fight.

These buffs come in the form of endemic life that can be caught, as you travel the path that leads to the monsters’ locations. Those little beings will be hidden or in plain view, and you’ll be able to either catch them or ignore them.

Catching them means more buffs for the upcoming fight, while not catching them doesn’t mean a guaranteed loss; it just means a harder hunt. Well, not for the monster.

Veteran (or bloodthirsty) players who want the original challenge of monster hunting can ignore the endemic life, and head straight into the fight, buffless.

Players who want just a few buffs can also selectively gather the ones they desire while leaving the others behind.

There will also be a Helper Cage to place some kinds of endemic life in. They confer benefits to the player, from passive buffs to single-use abilities.

In case you don’t want to get surprised by a monster’s peculiarities, or the endemic life’s buffs aren’t enough, you should head to the brand new Kamura village Training Area.

There, a configurable giant dummy is available for players to practice with. Its modifiable settings include body changes and AI functions, such as head positioning and player tracking.

That helps when trying new combos, or when seeing what are the best moves against a type of monster.

So, sharpen your weapons and run to the Training Area. The time for accessible, handheld monster hunting is near, as in March 26th-near.

READ NEXT: 5 Games Like Returnal You Should Check Out