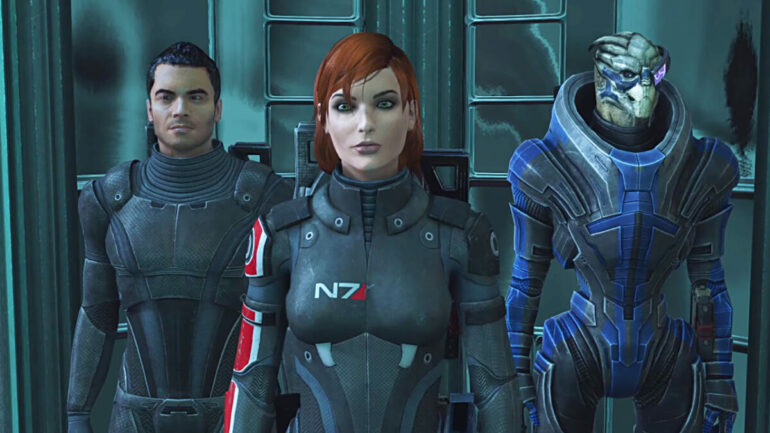 Like many people, I spent some of my weekend digging into Mass Effect: Legendary Edition. While I might not have played it as much as I would have liked, thanks in no small part to procrastination, work and an ongoing Apex Legends relapse, I did manage to spend a few hours revisiting the world of Mass Effect 1. The first game has received the most changes out of the entire series, and those changes are both welcome and necessary.

Personally, I’ve always been on “Team Mass Effect 1 Is The Best”, but it’s fair to say that the original game can be quite idiosyncratic, which probably isn’t helped at all by the age of ME 1. At this point, it’s nearly fifteen years old, so it makes sense that the formula has some wrinkles and issues that make the game a bit more of a chore to play, but Mass Effect 1’s changes in the Legendary Edition makes the first game feel like less of a barrier to the rest of the trilogy.

I don’t just mean with the changes to the game’s controls and core gameplay either, though they’re a welcome addition in their own right. Being able to play as a full Biotic character who doesn’t immediately cry and have a breakdown when using anything other than a pistol as a weapon is a liberating feeling, especially when compared to the original game’s intention. Using an assault rifle as a class not specialised to use it meant it became a lucky day for barn doors everywhere.

To me, the key changes come in terms of the game’s replayability, and perhaps the toning down of it in some instances. If anything, it feels like Bioware wants players to just play through Mass Effect once before moving on to the next game in the trilogy. That sounds like a strange assessment, and a stranger compliment at that, but these changes should make the first game feel like less of a barrier to entry for the rest of the series, which introduces new ideas and gameplay that undoubtedly make for a more well-rounded game.

The most obvious change comes with the level-scaling. The Legendary Edition version of Mass Effect 1 comes with the option to switch the level scaling to 30 instead of 60, allowing players to reach the max level cap much quicker in the re-release than in the original game. Again, it’s an option, so if you want to see how games were played 15 years ago, you can, but the Legendary Edition easily allows players to reach the top level by the game’s end, meaning they can port their superpowered character into ME2 easily and avoid issues like what happened to me.

For context, I played through the original Mass Effect before ME 2 had launched. It was one of the first games I’d completed on my Xbox 360, and I loved every second of it. However, the game encouraged multiple playthroughs in order to reach max level, which I did not long after starting my third playthrough. The memory of seeing the level 60 “ding” while shooting dudes in Chora’s Den is still clear in my mind.

Thinking nothing of it, I stopped playing Mass Effect 1, only to get excited when Mass Effect 2 launched with the promise of importing the previous game’s Shepard into the next game with access to your levels and, crucially, your decisions. The issue was that ME2 imported finished game saves, and my finished game save for ME1 was my Renegade second playthrough, leaving the game’s world in a state I wasn’t really happy with. It was all downhill from there really. The final mission was an absolute disaster too, and importing that save into ME3 compounded the issue tenfold. ME3’s ending, to me, wasn’t satisfying because I made so many mistakes getting to that point.

The Legendary Edition, for me at least, is a chance to right those wrongs of the past, but a straightforward port would have done the job on that front. The Legendary Edition makes it so much easier for players to not repeat the same mistakes I did. You don’t need to take the same character on a Renegade playthrough just to hit max level if you don’t want to. You could just create another character in a different class if you want to really be a dick to the galaxy, or to be nice if you decided on a Renegade run.

Making new characters is still an essential part of the game if you’re looking to earn all the achievements, considering there’s a bevy of ability specific ones to earn, but even these have been toned down. The number requirement has been dropped, and the ally-based achievements, which required completing most of the game with the same squadmates, have been toned down to just five missions, meaning you won’t be penalised for swapping your squad around either.

For some, Mass Effect: Legendary Edition’s changes will be something of an afterthought; a barely acknowledged addition that’ll muster a “huh, cool” at best, but for me, seeing these changes instantly put me at ease. As someone who’s experienced the Mass Effect trilogy in the most sub-optimal way possible, the fact that the trilogy makes it harder for players to stumble into those mistakes is comforting.