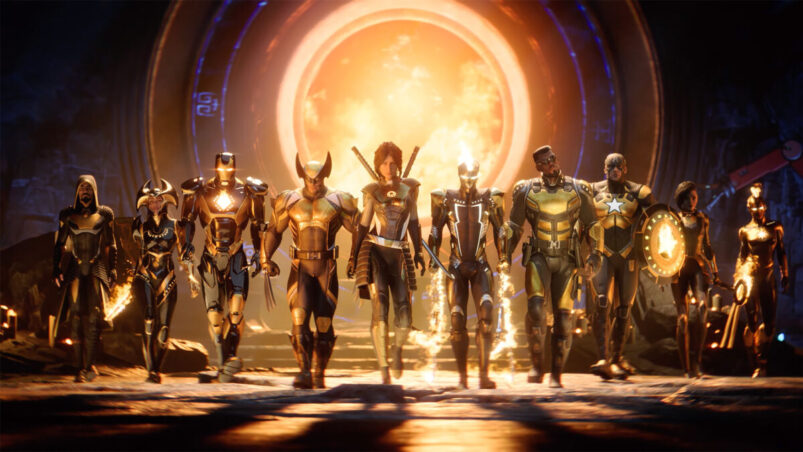 So many Marvel games have been released or announced in the last couple of years. Some of those games have been amazing, like Marvel’s Spider-Man, while others haven’t lived up to the hype. With that being said, Marvel’s Midnight Suns look phenomenal, especially fans of both Marvel and XCOM, but is it also coming to Xbox Game Pass?

The game is being developed by Firaxis Games, the makers of the XCOM series, and they aren’t looking to disappoint.

New information about Marvel’s Midnight Suns was recently revealed, and fans finally have a release date. The game will launch on October 7th, 2022 for PC, PS4, PS5, Xbox One, and Xbox Series X & S, bringing Spider-Man back to the Xbox along with it.

Xbox and Marvel fans are eager to know if they’ll see Marvel’s Midnight Suns on Game Pass, either on release day or in the future. Unfortunately, there isn’t a clear answer on what to expect.

Marvel’s Midnight Suns is based on a comic book series from the ‘90s called Rise of the Midnight Sons, although it’s in no way a direct adaptation. The plot, however, is largely similar, with Ghost Rider gathering a group of heroes tasked with defeating Lilith, the mother of all demons.

The main character is The Hunter, and they’re raised from the dead by a combination of Avengers and X-Men. The Hunter is Lilith’s child and the only one who can kill her. The character is completely customizable, allowing players to pick from over 40 superpowers.

There are 13 playable characters, 10 of which have been revealed so far, including The Hunter, Blade, Captain America, Captain Marvel, Doctor Strange, Ghost Rider, Iron Man, Magik, Nico Minoru, and Wolverine. Three characters have yet to be disclosed, although fans can use the comics to speculate who they might be, such as Hannibal King, the guy Ryan Reynolds plays in Blade: Trinity.

Firaxis developed both Civilization and XCOM, which gives us an idea of how the gameplay will work. Marvel’s Midnight Suns is a tactical RPG, and the combat is turn-based. There’s also a card system employed that somehow relates to battle scenarios.

Will Marvel’s Midnight Suns Be Available on Game Pass?

There has been no official announcement on whether or not the game will come to Game Pass. This makes sense, as Marvel’s Midnight Suns isn’t a first-party Xbox game. A day-one Game Pass release is doubtful.

Eventually, Marvel’s Midnight Suns might make its way to Game Pass, like other games tend to do over time. However, there is no way of telling what is planned for Midnight Suns’ Game Pass fate right now. Players will have to patiently wait for any statements, and if any new information does arise, we’ll be sure to update.

READ NEXT: Is The Callisto Protocol Coming To Xbox Game Pass?