The Man Who Invented Christmas (2017) REVIEW 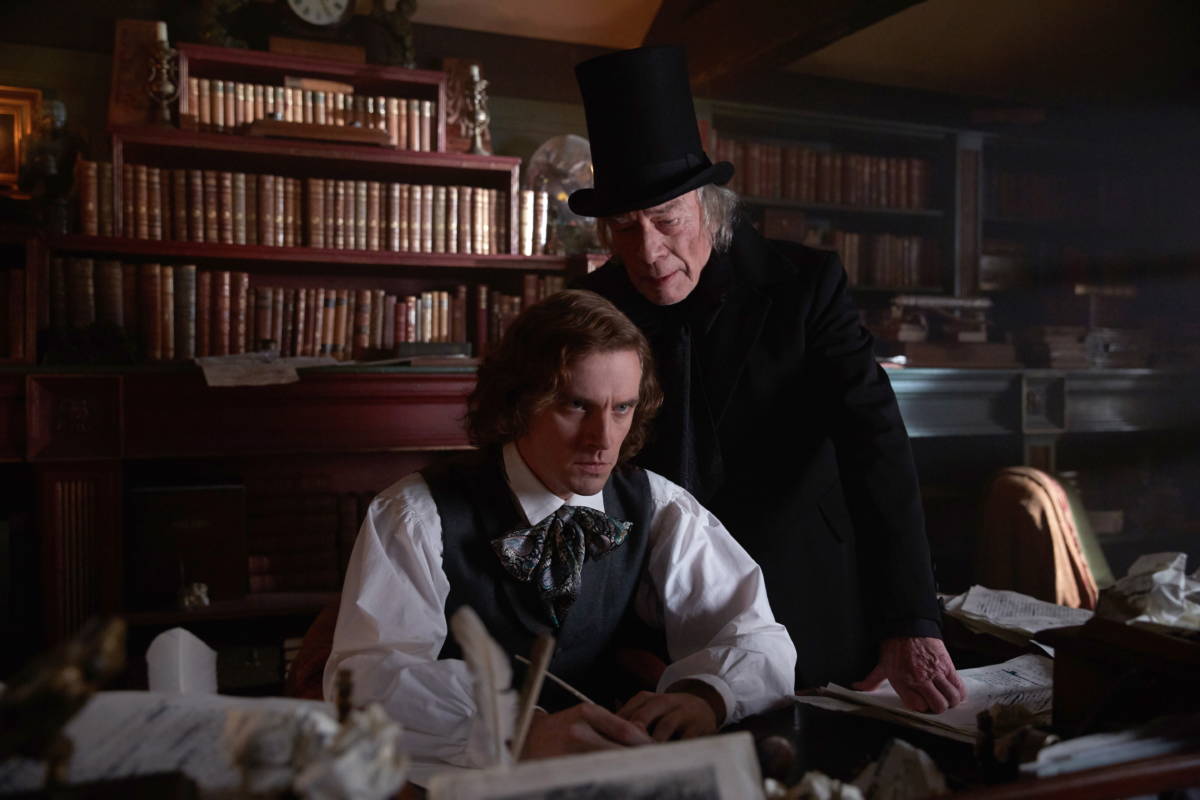 The Man Who Invented Christmas takes everything you know about A Christmas Carol and turns it on its head in the year of the author biopics.

Director Bharat Nalluri goes into Charles Dickens’ (Dan Stevens) head, leading viewers to find out where reality blended in with the literary rock star’s imagination changed the holiday season forever. It was October 1843 and the author desperately needed a hit. Writing a book in a matter of weeks, Dickens gifted the world with the likes of Ebenezer Scrooge (Christopher Plummer), Jacob Marley, Bob Cratchit, Tiny Tim, and many others. Stevens delivers an exciting performance that does the author justice even if he doesn’t break out in song.

It’s not unlike a writer to draw from their own lives but Dickens, depicted in Susan Coyne’s script as a man who is both flawed and funny, was able to do so and turn a profit at a time when he badly needed the money. Though at times, it’s unsure as to what’s real and what’s imagination, but that’s the glory of the pleasantly-enjoyable film. Did Dickens meet someone who inspired Scrooge or was Scrooge an alter-ego hiding deep down in his subconscious? For all we know about the bitter and greedy Scrooge, it’s a surprise to see Plummer play him with so much…charm, even when Dickens is having a conversation with the character.

One of the things that this film does best is seeing Dickens at battle with writer’s block. Dickens locks himself in while trying to put words on paper, all the while dealing with his family at home, including his complicated and distracting father, John Dickens (Jonathan Pryce), as the author goes deep into his past to come up with with the Ghosts of Christmas Past, Present, and Future. The film explores the relationship between the father and son with Dickens coming to terms with their relationship as he works his way through A Christmas Carol.

One could look at Dickens’ struggle with his work and see how it’s reflected through the number of filmmakers struggling to get projects off the ground. All writers struggle at times with their writing–some more than others–but it’s fascinating yet surprising to see a master like Dickens’ struggle with writing and how it plays out on screen. It makes the film feel so contemporary in this regard despite the film being a period dramedy.

Nineteenth century London is a character in its own right, captured so well by production designer Paki Smith and filmmakers were aided by the Penny Dreadful set being available. Interestingly enough, cinematographer Ben Smithard worked on another author biopic, Goodbye Christopher Robin. Smithard, in reflecting Dickens’ exuberant life, has opted to put some color in the film.

While the holiday-themed movie season started way too early with the releases of A Bad Moms Christmas and Daddy’s Home 2, The Man Who Invented Christmas feels appropriately timed even if it infringes on the Thanksgiving holiday, not unlike the Black Friday shopping that moves closer towards Wednesday each year. The film reflects back on a time period when cards, carols, and trees weren’t really a thing.

The Man Who Invented Christmas continues the trend of author biopics and it does so in the best way possible–it’s the best of the three this fall. Mixing comedy and drama, people could take a lesson from the movie as they did from A Christmas Carol when the book was first published in 1843.

Bleecker Street opens The Man Who Invented Christmas in theaters on November 22, 2017