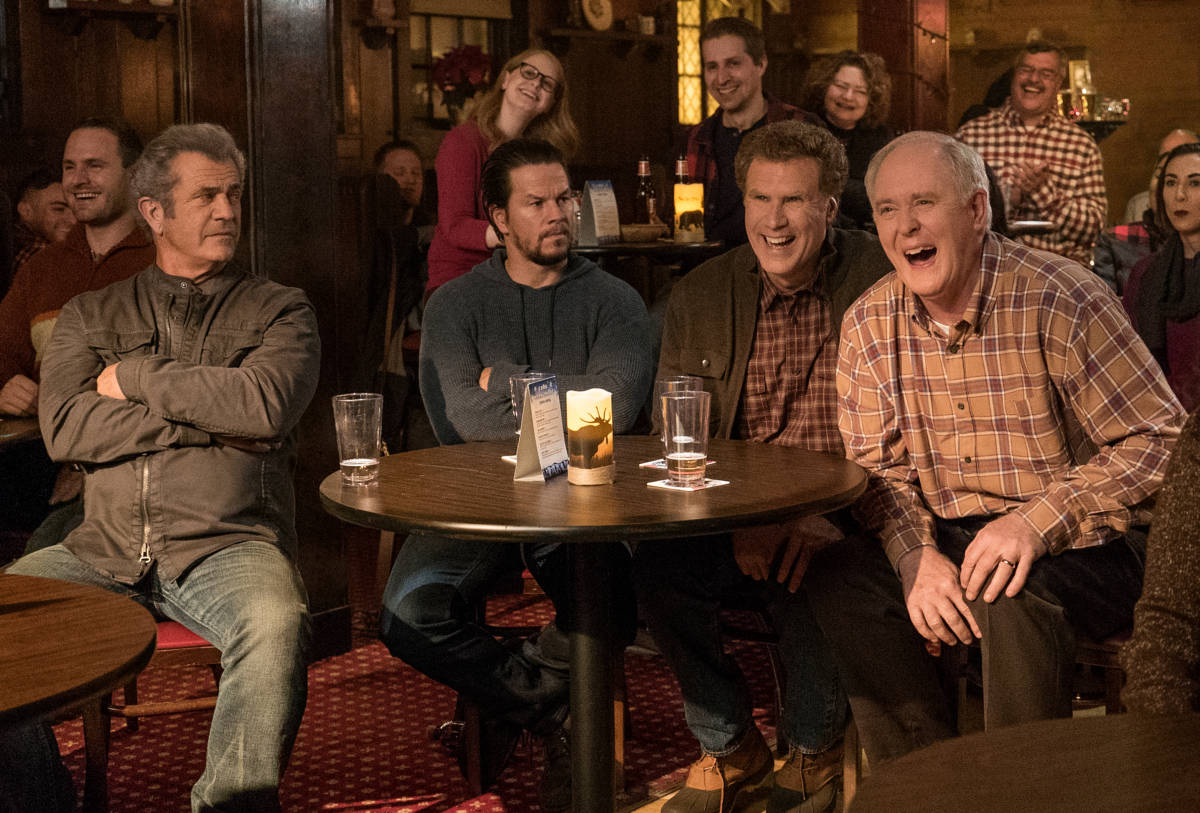 To say that Mel Gibson single-handedly ruins Daddy’s Home 2 would be an understatement – the role could have and should have gone to any other person. The comedic moments in the film, however many there are, would have hit better without Gibson’s casting.

The film re-teams director Sean Anders with actors Will Ferrell and Mark Wahlberg reprising their roles as Brad Whitaker and Dusty Mayron in a family comedy sequel that tries so hard to reach National Lampoon’s Christmas Vacation levels–gags and all–but falls flat in that regard. There are so many typical holiday film cliches in this unnecessary sequel. If Ferrell and Wahlberg wanted to do a sequel so badly, they should have revisited The Other Guys since the potential there is ripe for social commentary but director Adam McKay has been busy prepping the Dick Cheney film.

“He’s ruined Christmas and he’s not even here yet,” Dusty tells Brad at the airport regarding his feelings surrounding his father, Kurt Mayron (Mel Gibson). For Dusty, Kurt has been absent for much of his life and the two aren’t on the best of terms. Kurt gives off the macho vibe and the appearance of Gibson on screen is cringe-worthy as there’s a clear discomfort through Gibson’s own body gestures. It’s as if the filmmakers decided to cast Gibson, who was arrested following a drunken anti-Semitic tirade in 2006, only to make him as uncomfortable as possible. Gibson has no business being in this film, let alone still being allowed to work in the industry. What he did was unforgivable.

Brad and Dusty have gotten the co-parenting thing down since the last time we saw them. Things are tense in this go-around as Sara Whitaker (Linda Cardellini) is still jealous of Dusty’s wife, Karen Mayron (Alessandra Ambrosio), and nobody wants to put the hammer down when it comes to parenting Karen’s daughter, Adrianna (Didi Costine). Roger (John Cena), Adrianna’s father and Karen’s ex-husband, only comes into play when Brad gets the crazy idea to invite him for the Together Christmas, bringing the entire Whitaker/Mayron clan together for the holiday. If there were any feelings being harbored deep down, they’re just bound to come out sooner than later.

Whereas Gibson was cast as Dusty’s dad, it’s John Lithgow pitch-perfectly cast as the emotional Jonah Whitaker. The chemistry between Lithgow and Ferrell couldn’t be better. Jonah is keeping some things to himself and other members of the family see it, even if Brad doesn’t.

Michael Andrews’ score does have an impact on the important on-screen moments but otherwise, there’s not much there. Same goes for Julio Mocat’s cinematography. A vacation home at a ski resort had the potential for a lot of great cinematic visuals but there’s not many of these moments to be found.

What is truly astonishing is that they were able to give Daddy’s Home 2 a very quick turnaround and have it ready in time for the holidays. The film isn’t even heavy on special effects, which speaks to the credit of Brad Wilhite’s ability to edit the film, which was likely heavy on improvisation.

There’s some good comedy gags but so many of them are typical film cliches. The gags that have been done before were done better and the film’s ending is up there with the most cliched endings of all time.