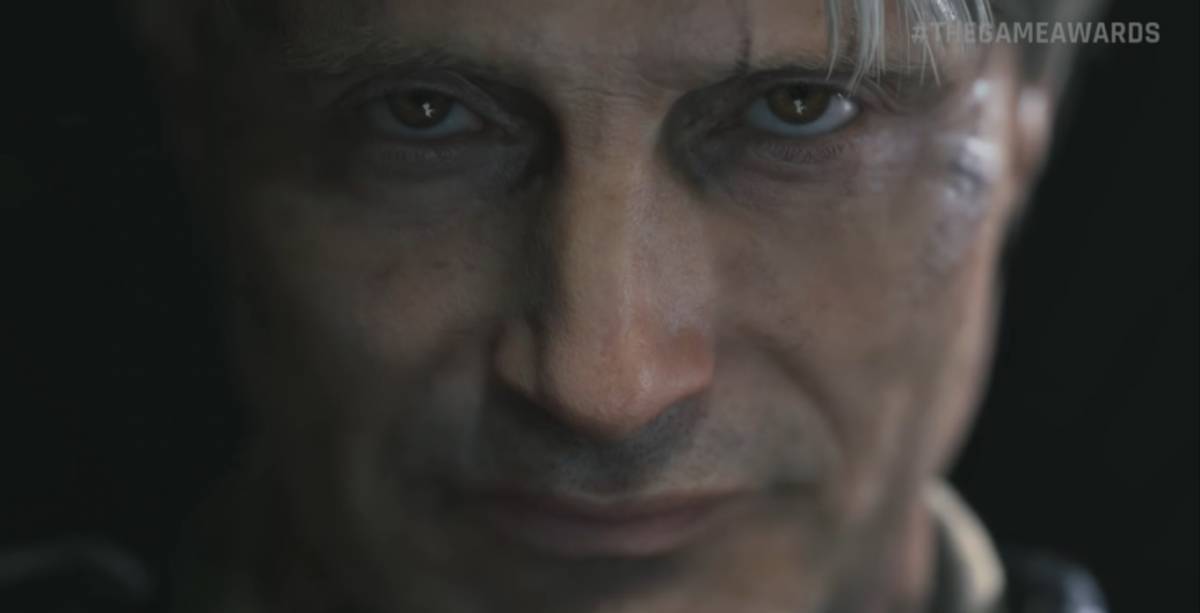 Hideo Kojima gifted us with another Death Stranding trailer at the 2016 Game Awards, and boy was it a doozy.

If the first jaw-dropping trailer wasn’t enough to whet your appetite, check out the latest crazy, what-the-hell-is-going-on-but-I-don’t-need-to-know-just-sit-back-and-relax 4K trailer below.

More creepy-as-hell dolls, more oil, or ink, or whatever it is, and a strange, lumbering guy in a suit. Guillermo’s introduction was a little reminiscent of Wayne Knight’s stumbling Nedry in Jurassic Park, awkwardly traversing a fast current. But then we see his slick suit and tie and cool glasses. Just what is he carrying?

We’re loving the mysterious nature of these trailers. With echoes of Silent Hill, especially with the soundtrack – we have no idea what’s going on and are trusting Kojima to pull all these elements together into a coherent storyline. But following PT, we have faith that it will be something terrifying (and given the penchant for having creepy, just-standing-there-watching-you badasses a la Metal Gear Solid – those enemies just freak me the hell out!).

Oh, and hello there Mads Mikkelsen. Are you planning on eating Guillermo?