5 Reasons Why You Should Listen To Come From Away

If you need a feel good listen, we've got you covered. 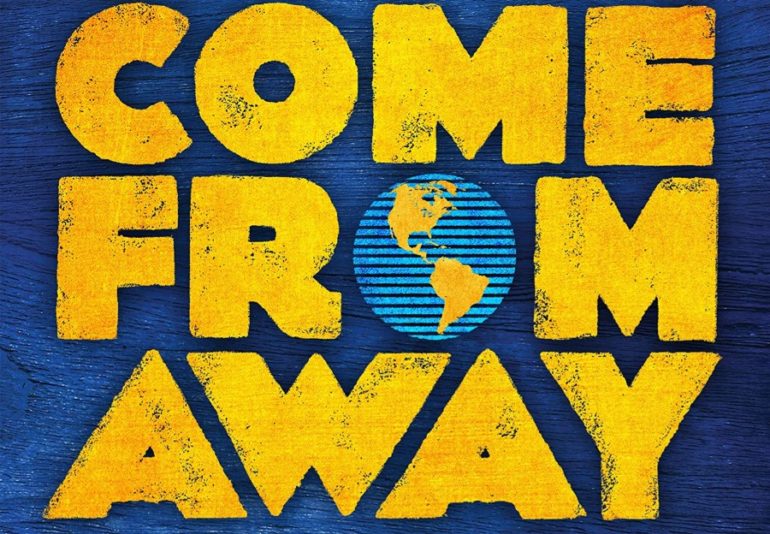 So, everything sucks a bit right now, huh? Understatement of the century, I know. If you are anything like me and literally every other person with an internet connection, you’ve been finding your solace in the arts. (We should all remember that when this is all over and people go back to asking kids why they’ve decided to do a degree in media studies or creative writing.)

Anyway, if you read my previous article on Hadestown then you know that I am kind of into musicals. In a big way. A really, really big way. I’ve been thinking about which musical to talk about next – especially which one would be a great listen right now. It might surprise that the obvious choice was a show about the aftermath of 9/11, but then you don’t know Come From Away. If any musical is going to pep you up right now, it’s this one.

Based on a true story, the musical is set in Gander, a small Canadian town that found itself the custodian of 38 grounded planes when 9/11 closed the US airspace. A small cast play dozens of roles between them, Gander residents and passengers, as they muddle their way through the days following the attack, waiting for the airspace to be reopened. And Come From Away is, quite simply, magnificent. It’s got folky music and a strong ensemble feel, and it will absolutely make your day better just by listening to it.

So what are five reasons to listen to Come From Away?

Based on the subject matter, you’d be forgiven for thinking it might be a bit of a downer, but you’d be wrong. It does have serious moments, of course – don’t think it treats the material lightly either. But for the most part, the album is upbeat and very funny in places. The songs have a strong storytelling element to them, and that makes space for jokes and quips and little asides. The two Kevins have some great moments – ‘We are all freaking the fuck out!’ – and the drunk singalong in the song 28 Hours is a joy.

2. It’s got a breathless pace

When it’s performed on the stage, Come From Away doesn’t have an interval and lasts just over an hour and a half. The album zips by even quicker, as it is missing the inbetween bits. But the pace is not a bad thing; it sucks you in from those very first drum beats in Welcome to the Rock, and doesn’t let you go until the last seconds of the finale. It isn’t an album to listen to out of sequence really; the songs do work on their own, but the real beauty is in just popping it on and listening to the whole thing through.

The mix of upbeat songs and the quieter, more contemplative moments which address the tragedy head on is perfectly pitched, and you’re never allowed to feel dragged down by the darker tones for more than a moment or two. Come From Away will wring you out emotionally.

3. An ensemble cast and some beautiful harmonies

There is no stand out character in Come From Away. Captain Beverley Bass is the only character with a solo, and she’s definitely more prominent, but the actor who plays her – Jenn Colella – still pulls her weight playing other characters too. No one actor stands out above the others, and all of them have their little moment in the spotlight.

In terms of the music, this ensemble approach is reflected in the harmonies that make up many of the songs. I don’t know how a handful of actors are capable of producing the sound that makes up the song 38 Planes Reprise/Somewhere In The Middle Of Nowhere, but it is always a moment I skip back and listen to again and again. The song Costume Party only features four of the cast on main vocals, but the simplicity and quality of their voices together is beautiful. Shout out to Caesar Samayoa who I particularly love in that song.

If you can listen to Come From Away and not adore the pure story of Nick and Diane, I don’t know what to tell you. Their story is true, too. Two older people who met when the planes were grounded, fell in love with each other over the course of the few days, and then ended up getting married. It’s enough to warm even the coldest and deadest of hearts.

The story focuses on them a fair bit, and they’re easy to pick out amongst the ensemble; Nick has an English accent and Diane a Texan one. Their duet, Stop The World, is not the prettiest love song a musical will ever present you with; it has the same raw, story focused narrative of the other songs. But something about that makes it very endearing, and very believable. Falling in love in a few days may seem like the stuff of Shakespeare, but Stop The World is so real that you will find yourself believing it too.

It is hard to pick a stand out song from Come From Away. They are all treated with the same loving attention by the score. But if you twisted my arm, I’d have to pick Prayer. It is actually one of the most contemplative songs, which doesn’t make it the most fun, but I think it captures the message of community and understanding better than any of the others.

It starts out as one of the characters recalling an old hymn from his childhood, the Christian song ‘Make Me A Channel of Your Peace’, and then folds out to include similar songs from Islam, Hinduism and Judaism, sung in their original languages. You don’t need to be religious to find something magical in the music – I’m certainly not. But we have those harmonies again, and I really love a song where people are singing different things over one another. It’s about people finding solace in each other more than it is about faith, and if that isn’t something we all need right now then I don’t know what is.