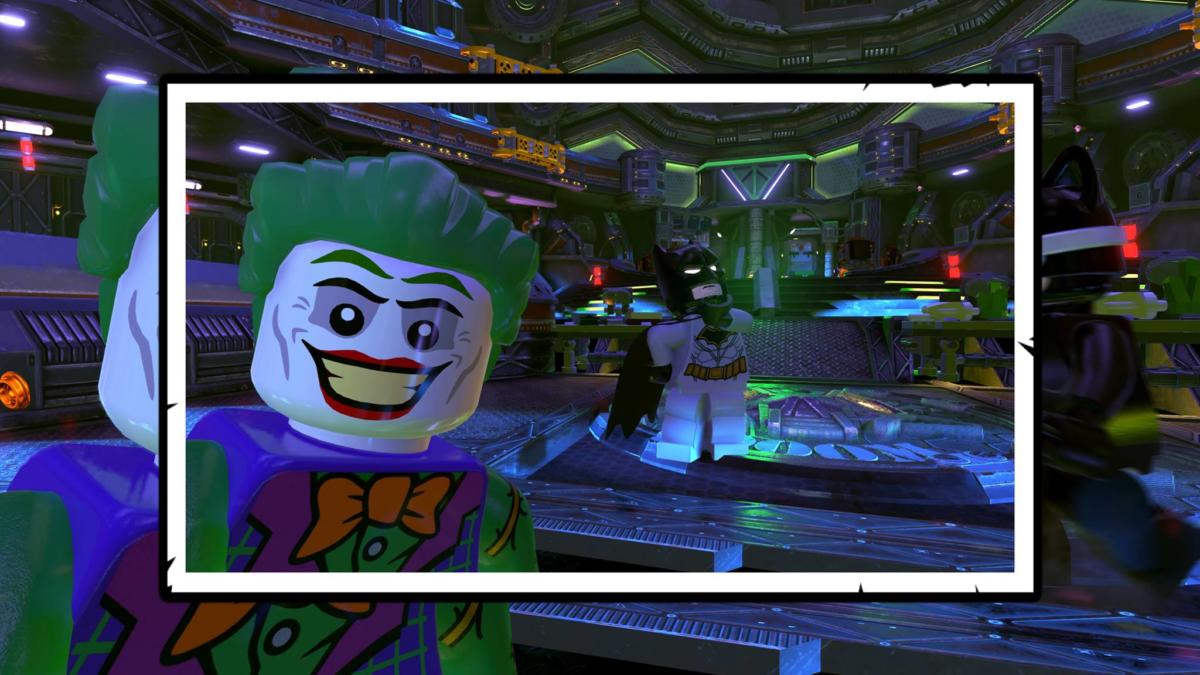 Similarly to the likes of Dynasty Warriors and FIFA, the Lego games developed by Traveller’s Tales have found a hungry and devoted audience despite basically being the same thing with each outing. I’d say I’m more partial than most to the Lego games, partly because they’re always a lot of simple fun; the perfect excuse to unwind and put your brain on ice. Lego DC Super-Villains keeps up that trend.

The most obvious differences between DC Super-Villains and virtually ever Lego game ever released is that you’re this time playing as the bad guys in the DC universe. When a mysterious group of “heroes” from Earth-3 called the Justice Syndicate dispatch of the Justice League and take their place, it’s up to the villains to come to the fore. 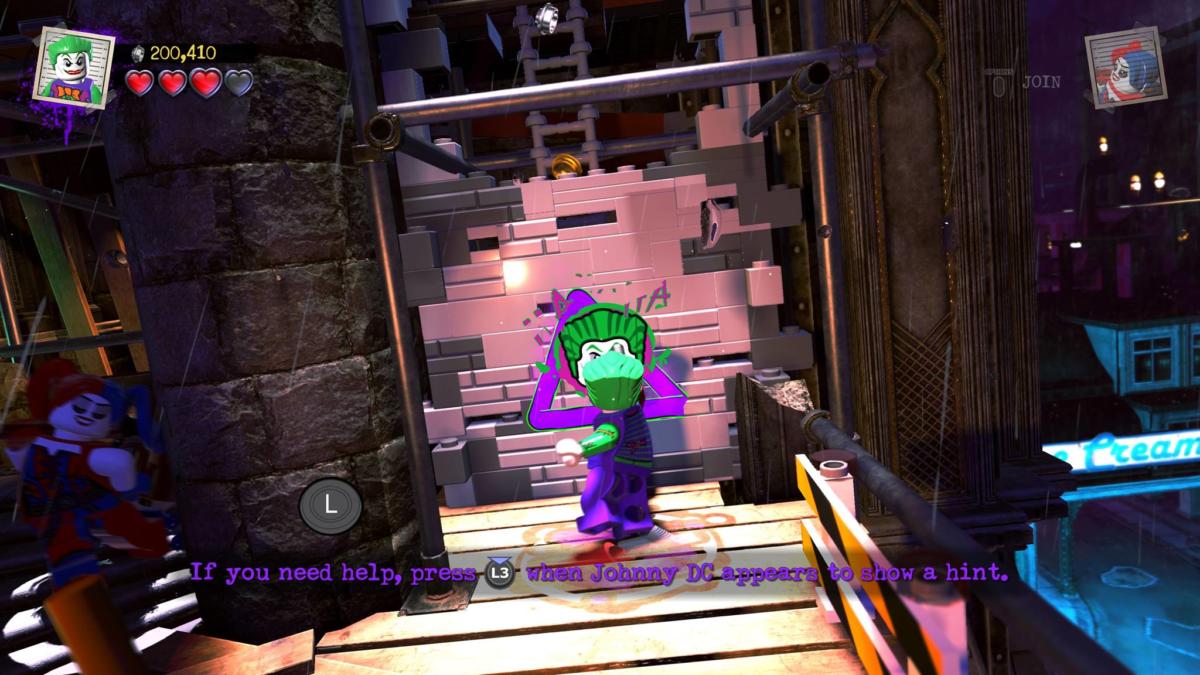 This doesn’t radically alter the gameplay, though it does introduce a couple of interesting quirks. Certain characters, such as The Joker, can now call upon mercenaries to do their bidding, which typically boils down to finding a set amount of them to create a route to a new area. In a similar vein, the player can now rack up a wanted level in the game’s wide and varied hub worlds. Opponents are easy to dispatch and your lives unlimited, so it’s ultimately more of just a slight change than anything that significantly alters the game.

The story, which will last you roughly ten hours, is the main attraction for Lego DC Super-Villains and is great fun, though it must be said that it does squander the opportunity to let you properly be the bad guys. You spend the majority of your time fighting the even more nefarious Justice Syndicate, which basically entails you filling in the shoes left behind by the Justice League but with some added attitude and sass. 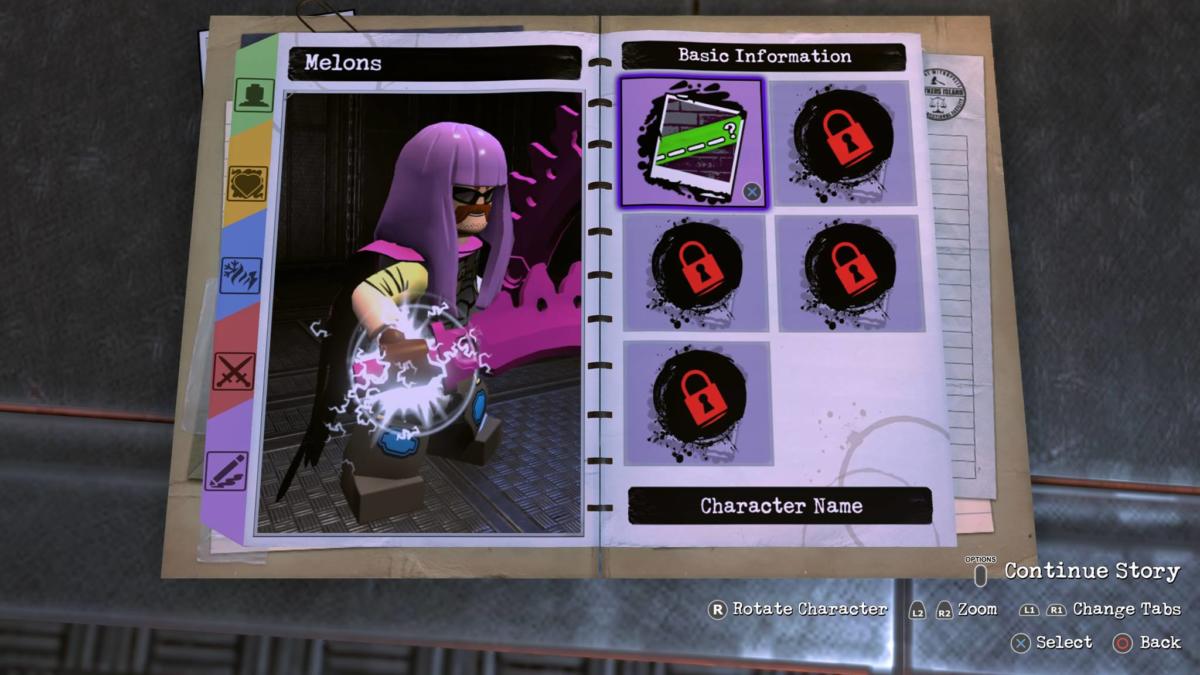 The main gameplay loop will be immediately familiar to anyone who’s ever played a Lego game in the last five years: beat things up, hold down a button to assemble pieces, and proceed. While this might be far too simple for some, it’s important to remember that these games are catered primarily to young children — we shouldn’t be expecting The Witness here. While it would be good to see more innovations rather than renovations to the core gameplay experience soon, it still holds up well here and is as cathartic a time as any.

Once you’re finished with the story, Lego DC Super-Villains’ swathe of other content is yours to pick apart. There’s plenty here, as always — I completed all of the story missions and a few random trophies and I still only had 23% total completion. There’s a great wealth of gameplay to tide you over here, whether that’s replaying the same missions for total mastery or exploring its varied hub worlds to see what you can find. I would suggest choosing a character than can fly around, however, as all cars control like they’ve recently just been pulled from the bottom of the ocean. There are also over one hundred characters to unlock, so completionists may have their hands full. 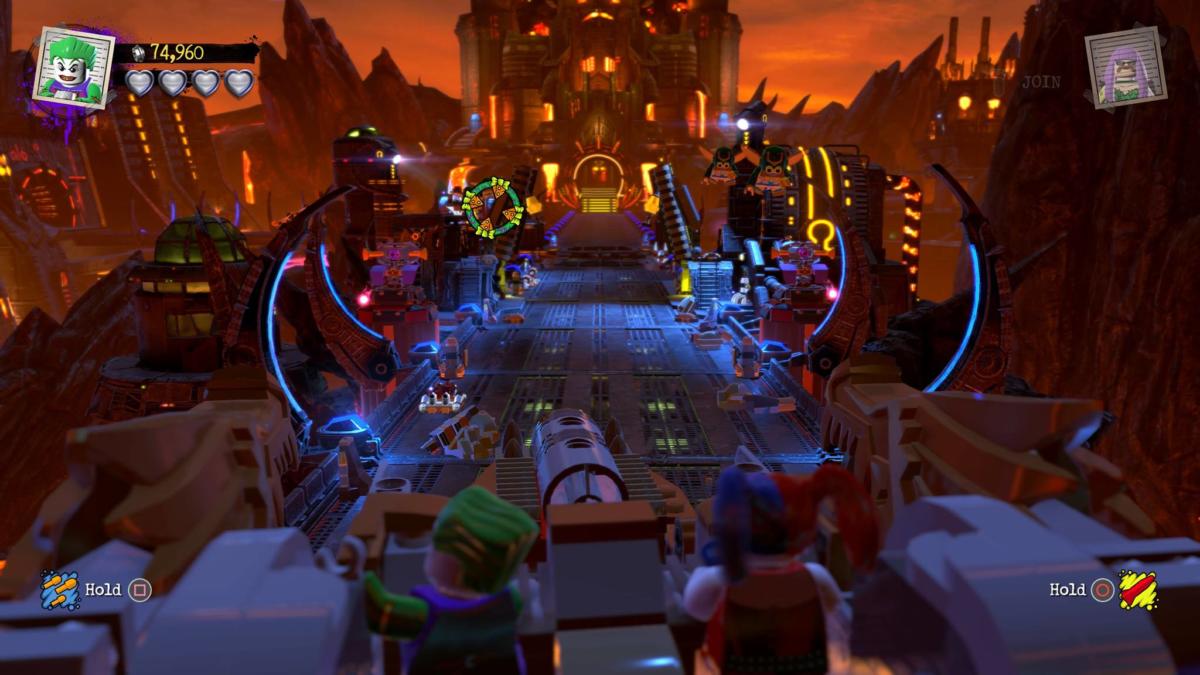 As with plenty of recent Lego games, you have a main character who is almost entirely customisable. They are the centerpiece of the story after being introduced early on and somehow becoming a part of Lex Luthor’s rabble. The level of depth to customisation really shines through here, allowing me to play as a gruff, futuristic fashionista with two purple swords. It was partly down to the randomise feature, but I’d like to think it was mostly down to fate.

Your customisable character accompanies the villains sporadically throughout the story and learns new abilities as they go, ranging from telekinesis to laser beams coming out of their eyes. This is also customisable, meaning that you can choose multiple parts of the body for said beams to come out of. There’s a nice amount of room to breathe in to allow yourself to choose the perfect villain, bolstered further by new customisation options the further you progress. 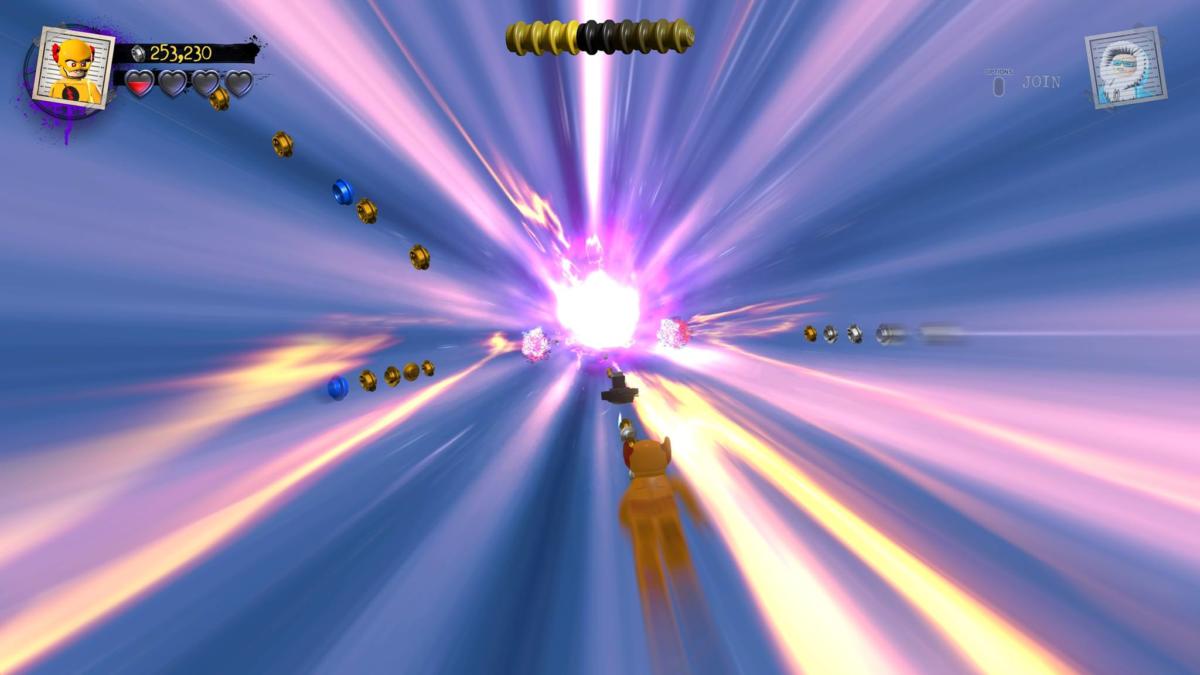 Lego DC Super-Villains also retains the same irresistibly infantile humour of most Lego games, which is delivered excellently by the game’s superb cast. Mark Hamill is on fine form as The Joker as always, so too is Tara Strong as Harley Quinn. Clancy Brown and Michael Ironside lend their bass-filled voices to the roles of Lex Luthor and Darkseid respectively remarkably well also.

Even though Traveller’s Tales have found a formula that they don’t think needs fixing, it’s a little disappointing to see a problem I had with Lego Marvel Super Heroes 2 still persisting here. Circle is used for plenty of things in the game, whether that’s special attacks or interacting with puzzle items. However, it will only work if your character is situated in a very particular way, meaning that they will often end up just doing the wrong thing. While I appreciate the need to keep it as simple as possible, R2 is completely unused and is a button that most youngsters would no doubt be familiar with. It could be used for any prompt that requires you to hold circle, for instance.

While it may not make the most of its gimmick or really move the dial much more than most of the recent Lego games, Lego DC Super-Villains is still a bunch of straightforward fun. It’s also great for couch co-op and may tide you over until something meatier involving cowboys comes along.

Verdict
Not revolutionary by any means, Lego DC Super Villains maintains and very slightly adds to the successful formula of the Lego games for some simple fun. Microtransactions: none
7.5