A supernatural horror, crime thriller crossover that hits all the right notes. 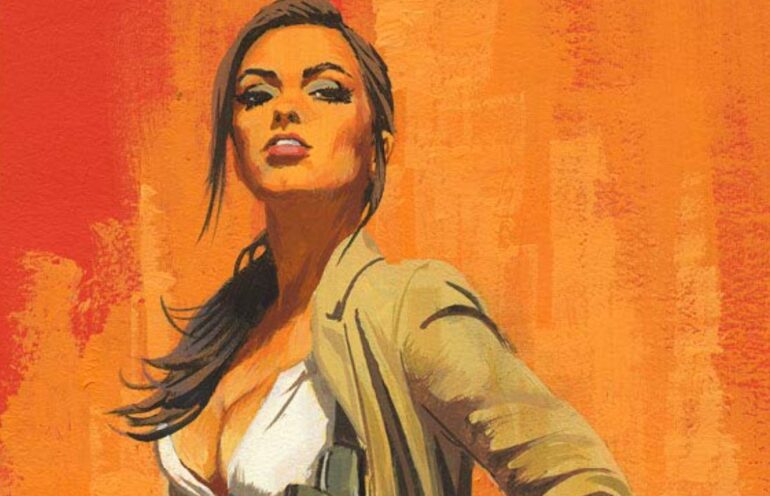 When it comes to talking about notable horror writers of the recent decades, there is one who stands above all others for his contributions (and the irony of his last name is not lost on many people). Stephen King’s writing has not only made its permanent mark on contemporary literature, but popular culture as we know it, spawning legendary movie adaptations such as The Shining and The Mist. The man’s influence of the landscape of writing, especially in the modern context, cannot go understated.

However, there are also many more aspects over the course of history that has affected how we consume novels today. One of these is the hard-boiled fiction genre, which itself is a style of American crime fiction that is characterised as being ‘tough’ and ‘unsentimental.’ The publisher of Later, Hard Case Crime is ‘dedicated to reviving the vigor and excitement, the suspense and thrills—the sheer entertainment—of the golden age of paperback crime novels,’ particularly within this sub-genre. Combine this with the writing style of King, and you get Later, a novel which is equal parts supernatural horror and crime thriller.

The story centres around Jamie Conklin, who uses this novel to reflect on a particular series of events that occurred during his youth. Born with the ability to see and communicate with the dead, he comes to the attention of a disgraced NYPD detective who uses his services to stop a dead terrorist from committing his final posthumous act. And that is only the beginning of Jamie’s problems.

Interestingly, though this book is a very quick read – only about 240 pages long – the beginning, middle and end could easily function as loosely connected short stories. Each event in Jamie’s life is an exploration of his ability to talk with spirits, something which he jokingly refers to as ‘like a Dickens novel, only with swearing,’ when he considers his past.

As previously mentioned, when the name King comes up, there’s already this expectation of high quality that comes before even opening the first page of any of his books. Later lives up to that reputation. Crime fiction of this type can, at times, often feel strictly formulaic; the alcoholic detective or private investigator who doesn’t play by the rules, the femme fatale, the dark and grim setting. This book though feels like a refreshing take. The protagonist isn’t an expert in his field – he’s a kid with a supernatural ability. The femme fatale isn’t some woman who comes strutting into the office with an unlikely proposal – Lizzy Dutton is someone who the main character is intimately related to, and she subverts the traditional reckless detective trope. The setting isn’t some dark version of a city – it’s founded in reality.

The novel itself at times feels like a commentary on American police, explored through the characters’ sometimes tricky interactions with Lizzy:

“They argued about police tactics, too, and this was still a few years before Black Lives Matter. This was a sore point with Liz, as you might guess… Mom said when black people and white people were sentenced for the same type of crime, it was the black people who got hit with the heaviest sentences, and sometimes white people didn’t do time at all. Liz countered by saying, ‘You show me a Martin Luther King Boulevard in any city, and I’ll show you a high crime area.’”

For long-time King fans, there’s a couple of times where it feels like he is tying this to the rest of his stories. At some point in the book, Jamie encounters a demon spirit, which makes Later feel like it could be a very loose sequel to IT. Additionally, the terrorist in this story feels like an alternate universe version of the Trashcan Man from The Stand.

Later is an undeniably fantastic novel that is a blend of unique takes of the crime thriller genre and Stephen King’s famed manner of penmanship. Though it isn’t his magnum opus by any means, it is a beautiful evolution beyond the rigid formalities that are prevalent throughout many detective books.

READ NEXT: 10 Steamy Romance Books To Seek A Dalliance With