Y'all best be slaying that spire. 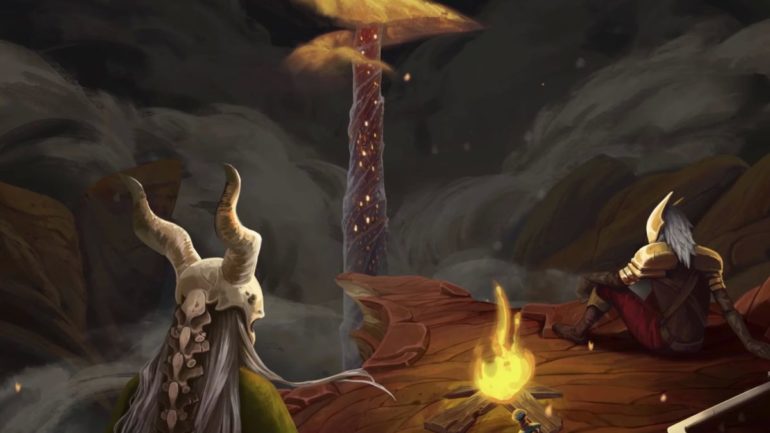 Haven’t added your PlayStation Plus games for April 2022 to your PS4 and PS5 library just yet, for whatever reason? Well, thrillseeker: you better act fast as today is the final day to claim them before May 2022’s offerings are up for grabs.

The headline act by virtue of being the only PS5 (though it was also available on PS4) game up for grabs was Hood: Outlaws & Legends, a unique PVPVE set in the Robin Hood universe that really hasn’t connected with a wide audience, despite its appearance on Plus. That’s a shame, honestly, because Hood has some great ideas — there are probably just too many multiplayer games out there asking for too much of your time these days.

SpongeBob: Battle for Bikini Bottom Rehydrated, a remake of the PS2-era classic, was arguably the second biggest Plus offering of the month, a throwback collectathon that’s likely caused plenty of twentysomethings around the world to pine for simpler days. It’s great fun, if a little rough in spots, so here’s hoping the brand new SpongeBob game from the same devs gets similar attention when it releases.

The best game of the month, however, was one that many had no doubt disregarded because of its deckbuilding nature: Slay the Spire. What an absolute treat of a game, a lean yet still deep roguelike that is a perfect introduction to its genre. I’ve spent dozens of hours on it since adding it to my library, and I can really see it being something that I dip in and out of for months and months. If you’ve not tried it yet, please do. You won’t regret it.

April 2022’s PlayStation Plus games will be replaced by May’s line-up on May 3rd, the first Tuesday of the month. May will actually represent the last “traditional” line-up for Plus with a big reinvention on the way as Sony looks to offer a more competitive alternative (though not an outright competitor) to Game Pass.

READ NEXT: How To Cancel PlayStation Plus