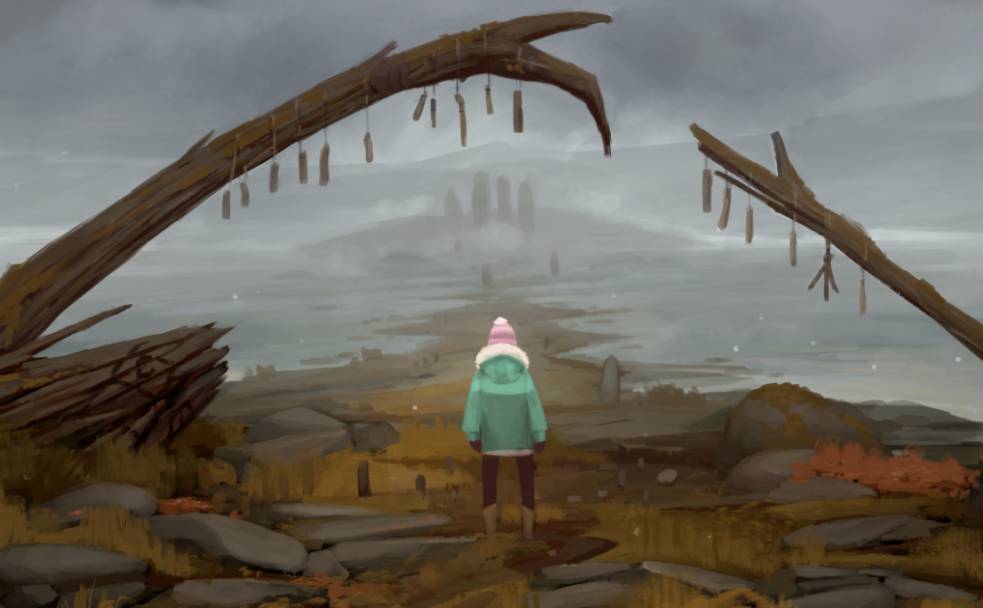 The term ‘walking simulator’ gets used a lot these days, and often erroneously. It first appeared as a derogatory term, to describe a game which has no traditional gameplay mechanics, no clear ways to ‘win’ or ‘lose’ and focuses mostly on quiet exploration and contemplation. It’s a term that was created to deride the genre, gently implying that these games are boring due to their lack of traditional gaming mechanics. The walking sim genre has exploded in the past few years, with Dear Esther arguably pushing it into the mainstream consciousness. Lake Ridden, despite what you might have heard, is not a walking simulator.

Despite following Lake Ridden for around a year, I wasn’t totally aware of what sort of game I was getting. Lake Ridden was, for a long while, intended to be a horror game. Developer Midnight Hub once described Amnesia as a huge influence, and to an extent it is. Amnesia has inspired some of the biggest first person horror games in recent memory and has arguably ushered in a new age of survival horror. P.T, Outlast and Resident Evil 7 all owe their existence, to an extent, to Amnesia. But there is one aspect of Amnesia that people forget: it’s an amazing puzzle game. 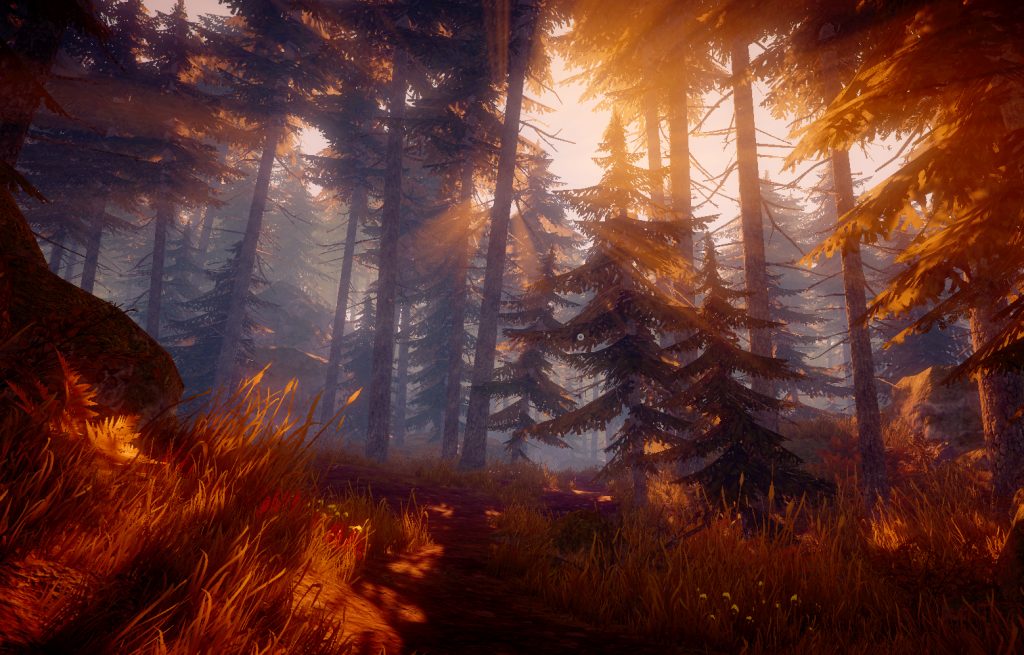 It’s in this respect that you can really see Amnesia’s fingerprints on Lake Ridden; they’re not totally obvious, but they are there. The puzzling elements aren’t the only things that’ll remind you of Amnesia, either. the developer has been very clear that this is a mystery game and not a horror game, but there is a certain creepy tone to Lake Ridden, its woods hiding a dark secret. The use of music and sound effects createsa spooky atmosphere, but it never becomes anywhere near oppressive, allowing you to want to progress as opposed to not wanting to see what might be behind the next corner.

Despite Lake Ridden’s spookiness, it never loses its sense of wonder and mystery. Ridden’s woods are equally dark, weird and utterly beautiful, dark paths leading often into small beautiful gardens and other areas. The woods themselves feel large and endless, although the game is actually rather linear. Clever design decisions lead you down all the right paths meaning you’re rarely headed in the wrong direction, although when you do decide to wander off the beaten path it’s a little disappointing that there isn’t more exploration. That being said, exploration isn’t really what Lake Ridden is trying to do. 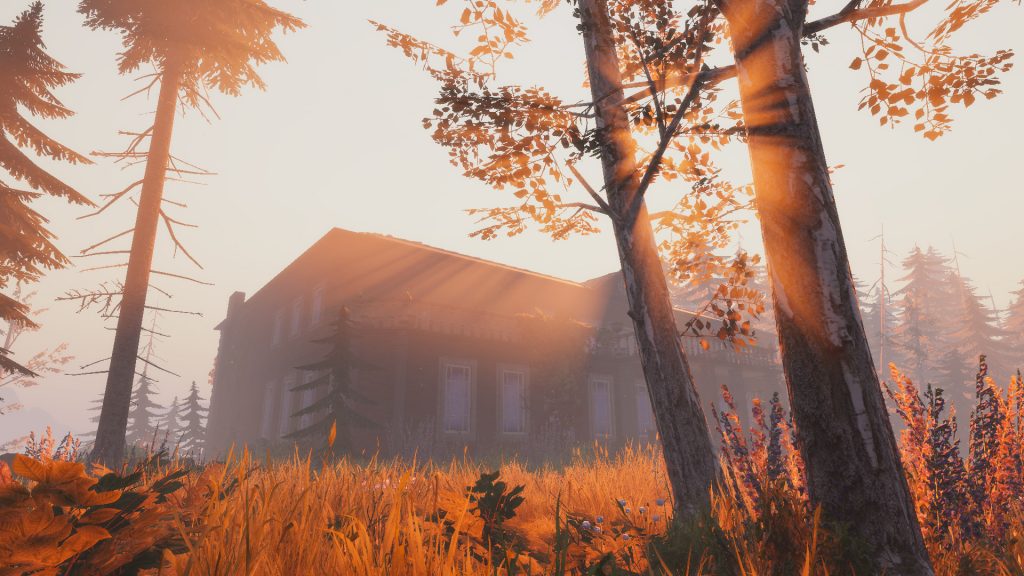 I’ve seen numerous reports comparing Lake Ridden to the likes of Firewatch, where in fact it’s probably closer to the likes of Myst. Okay, so I admit, just like Firewatch, Lake Ridden is a first-person, story driven game, but its heart lies in the puzzles. It’s in the puzzles that Lake Ridden feels particularly old school, but in a good way. They’re what I’d describe as Crystal Maze style puzzles, lining up patterns, trying to get all the buttons switched on and roaming the area looking for clues to how to arrange a special formation of stones. All manage to be challenging, but ultimately doable.

But it’s also in the puzzle aspect of the game where Lake Ridden falls down slightly. While it never holds your hand or explicitly tells you where to do or what to do, it fails to explain some aspects of the game. I encountered a puzzle in which I needed to solve riddles to gain numbers to unlock a combination lock. I worked out the answer to the riddle, but couldn’t work out how to tell the game I’d worked it out. Once I had discovered the location where I was meant to go nothing happened and my solution didn’t work. I had to trek around trying to work out what to do next, which isn’t really the point of the puzzle that you should be solving in a game in 2018. 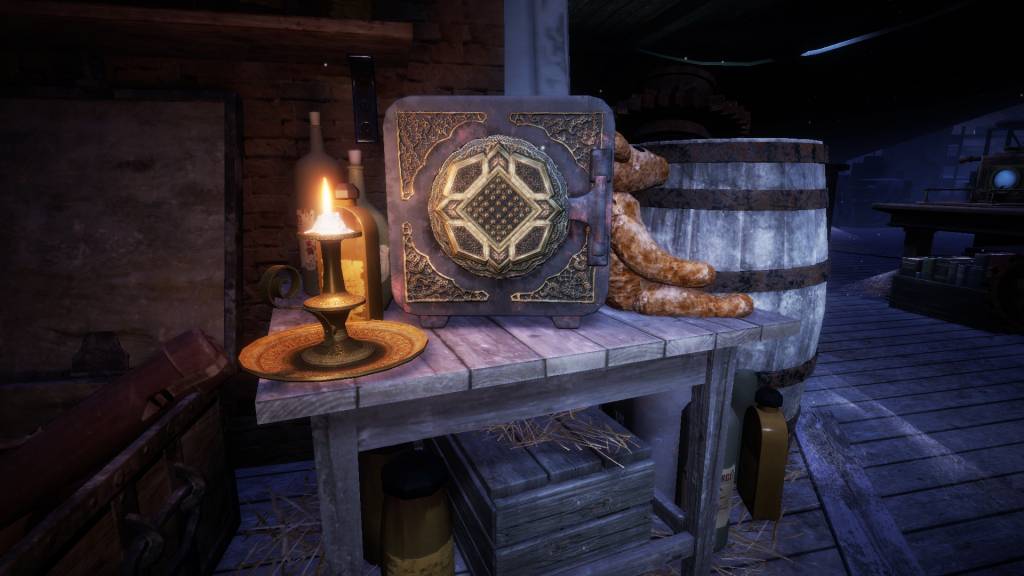 As you’d expect from a first-person adventure, Lake Ridden is a beautiful game. Many first person adventures show their beauty through wide open spaces and distant vistas, Firewatch and The Vanishing of Ethan Carter (as well as others) however Lake Ridden takes a different path. Naturally it’s set in a wood, so the game is made up of corridor like pathways linking larger areas, each one looking hand crafted, quaint and very pretty indeed. Lamps, lanterns and even strings of lights brighten your way into each area, they look lovely but mysteriously abandoned.

Lake Ridden’s music is also key to its atmosphere, even if it isn’t entirely memorable. Its gentle guitar and harp-like sounds add to the mysterious nature of the woods. Meanwhile, the plot feels more like a thingy-ma-bob in order to progress the game. You play as Marie, who is looking for her sister who ran away from their camp late at night. As you go searching for her, you’ll discover a number of books, letters and written works detailing the mysteries of the woods, as well as the dark history behind it and the potential fates of the people have been there previously. 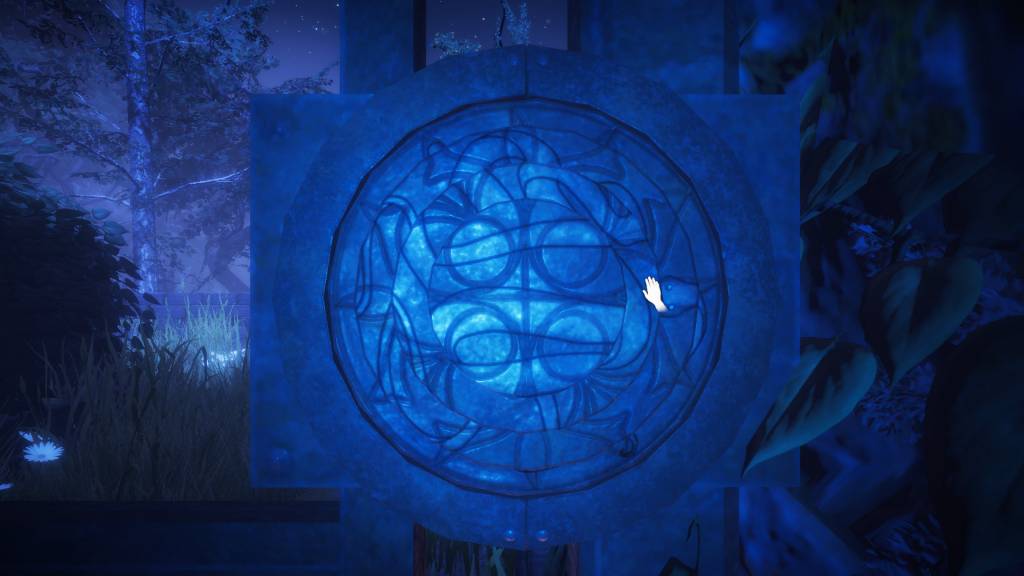 Marie’s story is also progressed through voice acting. There are moments of interactive conversation where you can choose your responses, but it didn’t really go into much depth in terms of characterisation. While I don’t want to compare this game to Firewatch, as it is a very different title, Ridden never matches up to the emotional depth and character building that Firewatch achieved. As I say, that’s not what Lake Ridden is about, Ridden is all about puzzles and mystery and that it does exceptionally well.

As I mentioned before, Lake Ridden reminds me very much of old school puzzle titles such as Myst and while it is a thoroughly modern take on the genre, it can’t help but fall into some of the old pitfalls that the older titles suffered from. Lake Ridden doesn’t hold your hand at all and sees you tackle its challenges unaided and alone, however my main gripe with this game is that often it doesn’t give you any inclination of how to solve puzzles or progress in the game. While it’s wonderful to fully solve a puzzle all on your own, it can become frustrating when you are totally flummoxed by what to do next.

If you are looking for a heavy, story driven first-person adventure, Lake Ridden is a decent choice, but perhaps not the best in its field. However, if you want a puzzle driven game, it’s a great choice to go for.

Verdict
Lake Ridden is a great first person adventure game, which, despite a few hiccups, is a sterling example of puzzle heavy exploration titles. Microtransactions: none
7.5 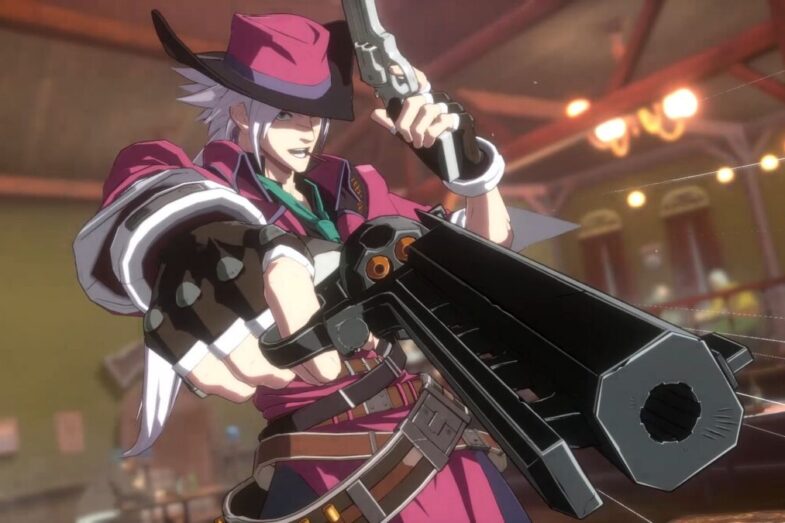