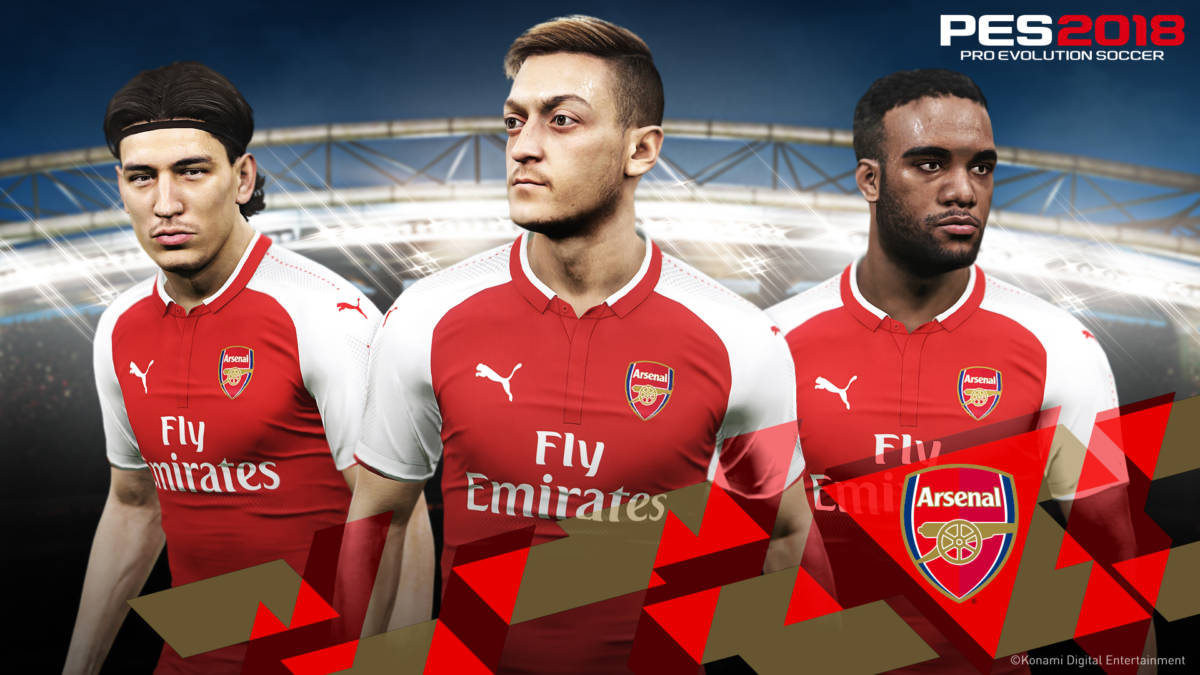 Following the likes of the two Milan clubs, another big-hitter in the world of football is officially coming to PES 2018. Arsenal, who partnered with the franchise for PES 2017, will be licensed in an upcoming update.

As well as featuring digital replications of Arsenal’s super skintight kit, Konami will be bringing the Emirates stadium to life within the game. In addition, more emphasis will be placed on player likenesses in terms of how they move and play, thanks to PES 2018’s Player and Team ID mechanics.

“Our working relationship with KONAMI to date has been extremely successful from a licensing perspective and we are delighted to extend this and welcome them as an official partner. We look forward to getting started in the next phase of our relationship with KONAMI and creating some fun and exciting content that both Arsenal and wider football fans will enjoy.”

PES 2018, which is currently available on every platform in the world, features more of the same as last year, just a little less endearingly. I reviewed it at launch and gave it a positive review, though it certainly needs a fresh lick of paint for next time out:

“Apart from some serious goalkeeper issues, PES 2018’s gameplay is on par with last year’s edition and is still as thrilling, if not even more so. The dated presentation, however, continues to hold it back – it needs to be dragged kicking and screaming into this decade sooner rather than later.”