Kingdom Hearts Beginner’s Guide: Everything You Need To Know 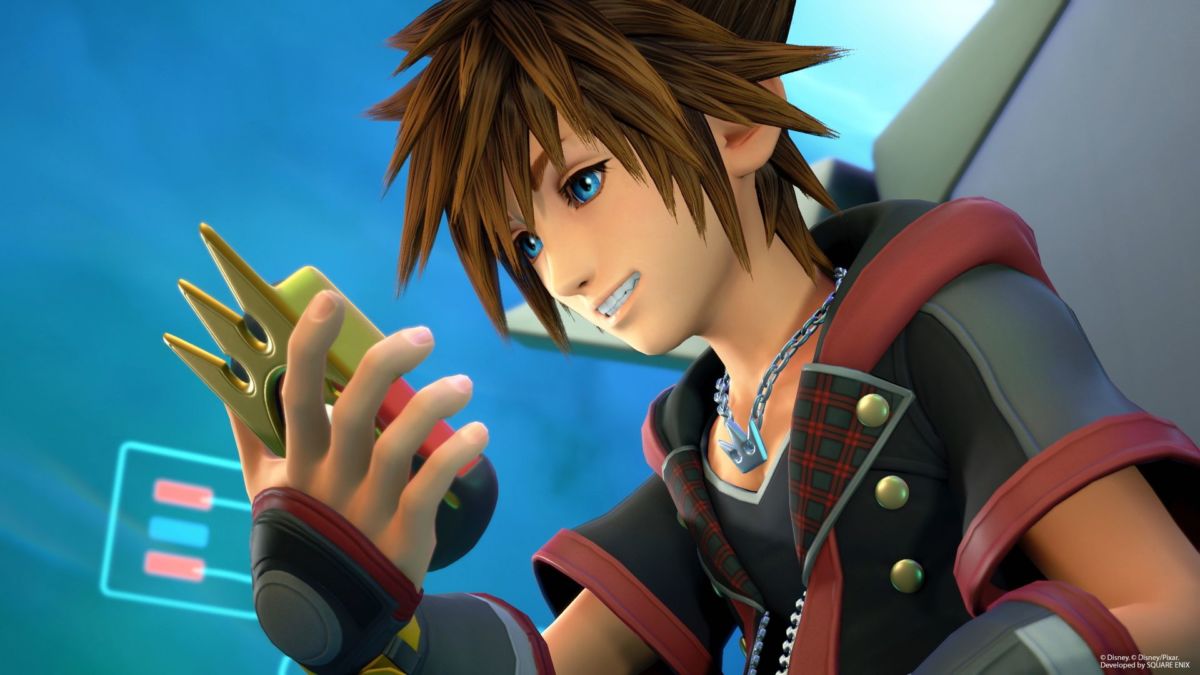 In the early 2000s, few ideas sounded as bizarre as mixing the majesty of Final Fantasy with the worlds of Disney, but that was precisely the pitch behind Kingdom Hearts. The series sees protagonist Sora traveling to different worlds and realities with their own unique rules in hopes of resetting the fractured balance between light and darkness.

With the success of the first entry, the series came to be known as a pillar series for Square, like longtime stalwart Final Fantasy. Unfortunately, this status would lead to increasingly vapid spin-offs, which regularly recycled content in hopes of making a profit. Though the series, with its strangely titled sequels, became indecipherable to outsiders over time, Kingdom Hearts continued to succeed due to its die-hard fanbase.

However, if that’s not you, then worry not. We’re going to do our absolute damnedest to try and explain what this series is about and why it has such a broad appeal with this Kingdom Hearts beginner’s guide right here.

Though the inception of the series began with a conversation between Hironobu Sakaguchi and Shinji Hashimoto, Hashimoto and Tetsuya Nomura are credited with creating Kingdom Hearts. The idea was to create a 3D action RPG with a bevy of recognizable characters akin to those held by Nintendo.

Since the only cast of characters they thought was equal to Nintendo’s in terms of cultural cache were those of Disney, Hashimoto pitched the idea to a Disney executive during a chance elevator meeting. The pitch was successful, and Nomura would take on the directing role for the first game as well as go on to oversee the series as a whole.

This is an especially loaded question as many fans of the series will provide different answers, but we’ll try and give you the basic rundown.

Kingdom Hearts follows three friends from a tropical island whose lives are changed forever when their world is swallowed up by a dark force.

As they become separated, we follow Sora while he learns of the many worlds that make up the universe. He becomes the Keyblade Wielder and sets off on a journey to set things right and push back the onslaught of the shadowy creatures called Heartless. Joining forces with Donald and Goofy, who are seeking their lost king, the three work together to try and rescue Sora’s friends while getting to the heart of the mystery behind their circumstances.

Then a bunch of increasingly confusing events occur that we don’t really have the time or space to get into but just know that there is dimension-hopping, multiple versions of the same characters, interstellar exploration, and even time travel mixed in with Simba, Ariel, Cloud, Squall, and everyone else.

Keyblades are special weapons that can be used to defeat foes from other dimensions as well as close the dimensional rifts that allow them to stream into other worlds and threaten their peoples. They change shape and occasionally reveal new powers to their wielders and can only be bequeathed to those who are deemed worthy by the light.

It’s kind of like The Force from Star Wars. Actually, it’s a lot like The Force, as some wielders use their power for light while others utilize the powers of darkness. Sounds a bit familiar, right?

Who Are the Main Characters of Kingdom Hearts?

The three central characters of Kingdom Hearts are Sora, Riku, and Kairi.

Sora is the main protagonist of the series and has a clear moral compass that helps him to do the right thing no matter how much he’s tempted by outside factors.

Riku is Sora’s rival but also his best friend. Though the two initially clash, Riku goes on to become the secondary protagonist of the series and is playable across a few of the entries in the series.

Finally, Kairi is Sora’s love interest, and though she’s often a damsel in distress for her friends, she eventually becomes a Keyblade Wielder herself.

Next, we have Donald Duck and Goofy. In this series, they take on the classic RPG roles of sorcerer and knight, remaining in Sora’s party for most of the franchise. They retain their classic Disney personalities but are given extended backstories as royal servants to King Mickey, who also wields a Keyblade.

Other key characters include Axel, a villain who becomes an ally over time, Namine, a mysterious young girl with magical powers, and Roxas, a young boy with a distinct resemblance to Sora.

Which Kingdom Hearts Games Do You Need to Play?

There are many games in the Kingdom Hearts series, but some of them are largely superfluous. Luckily three of those have been reduced to their cutscenes in the main collections of the franchise. Either way, the following are the games that are key to the main story of the series.

There is also a fourth game in the works that is due to pick up where Kingdom Hearts III left off.

By far the easiest way to play the essential games in the series is to just buy the Kingdom Hearts: All in One package. It contains all 10 of the above games and regularly goes on sale for as much as half price.