Ranking The Kingdom Hearts Games From Worst To Best

Winning hearts and minds over decades. 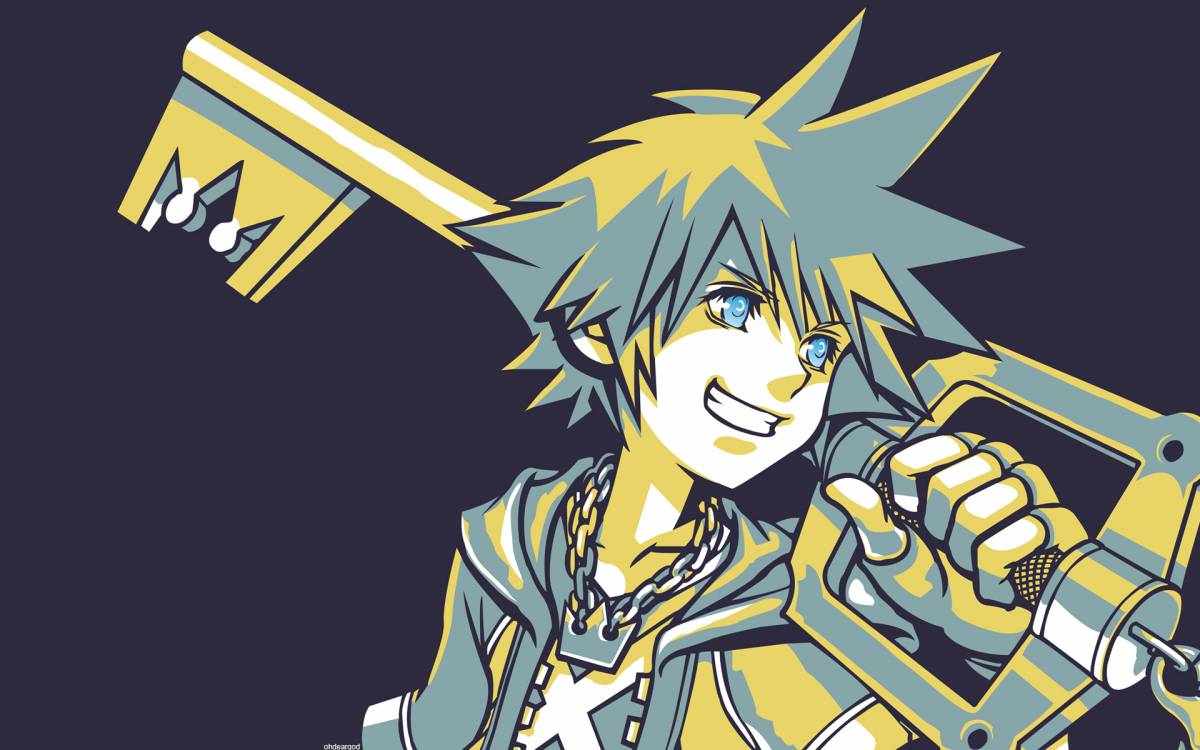 Kingdom Hearts has been going since 2002 and there are now thirteen games in the series, though a couple of these are microtransaction-heavy cash grabs. The franchise is well-known for its mind-boggling and intricate narrative, which has fueled many memes over the years.

It’s a pretty hard series to get into as a newcomer – even some veteran players don’t have a clue what’s going on half the time.

While there are some real masterpieces in Kingdom Hearts’ repertoire, some entries leave a lot to be desired. So, which are the best Kingdom Hearts games?

If you’re starting Sora’s journey for the first time, our Kingdom Hearts ranking list should help you select which games to skip or at least try to blow through as quickly as possible to get to the crown jewels of the series.

Kingdom Hearts Re:coded is a remake of Kingdom Hearts Coded, which strangely was only released in Japan for mobile phones. It’s one of the weakest games in the series and that’s mostly because it forces you to replay through the same worlds in the first Kingdom Hearts, though this time as a data version of Sora.

Plowing through the same levels makes the game inherently repetitive and a bit of a slog to get through. Re:coded’s story is equally as uninteresting and bears little importance in the series, so it can be entirely skipped when playing the Kingdom Hearts games in order.

Despite its uneventful narrative, the gameplay in the DS version is surprisingly fun, making use of the command deck from Birth by Sleep. However, it’s not really worth tracking down on the DS just for the gameplay alone, so you’re better off allocating your time to better entries in the Kingdom Hearts franchise – there are a lot of them, after all.

Story-wise, Kingdom Hearts Re:Chain of Memories is pretty decent and introduces some key characters and lore that helps you understand later games in the series. Its main flaw, however, lies in its tedious gameplay.

Dropping the real-time combat gameplay of its predecessors, Re:Chain of Memories instead features a card-based battle system. It’s unique but not necessarily in a good way, relying on strategy and careful planning – the complete opposite of the gameplay Kingdom Hearts games are known for.

Alongside its unsatisfying and dull battle system, Re:Chain of Memories suffers from the same repetitiveness as Re:coded, requiring you to play through the same worlds featured in the original game.

Unfortunately, Re:Chain of Memories offers crucial story elements and new characters that broaden your knowledge of later games, so if you want to get the full picture of the Kingdom Hearts games, you’ll have to play it in some form.

That said, the game will probably be a more enjoyable experience if you watch a playthrough or the cutscenes of it on YouTube.

Like Re:coded and Re:Chain of Memories, Kingdom Hearts: 358/2 Days’ cutscenes were only present in PlayStation 4, Xbox One, and PC collections of the series.

The game was initially released on Nintendo DS and featured RPG-action gameplay, similar to previous entries. However, the combat felt quite clunky and jagged on the console, which was a letdown considering the fluidity of gameplay in past titles.

358/2 Days has an intriguing story and focuses on Roxas and his relationship with the Organization XIII, but the repetitive missions taint the overall enjoyment of the game.

Oddly, 358/2 Days came out after Kingdom Hearts 2 despite being crucial for understanding almost the entirety of the events that transpired in the second entry.

Kingdom Hearts 3D: Dream Drop Distance is known for its unnecessarily complex and absurd story, which sort of paved the way for the series’ recent confusing narrative and timelines. It first launched in 2012 but was later remastered in 2017.

You play as Sora and Riku as they traverse various worlds in their sleep to enhance their skills as Keyblade Wielders.

The gameplay is similar to most other Kingdom Hearts games, involving quick and fast movements to take out foes, but it does bring in a new mechanic called Flowmotion, which would later reappear in Kingdom Hearts 0.2: Birth by Sleep – A Fragmentary Passage and Kingdom Hearts 3.

Flowmotion allows both Sora and Riku to speed effortlessly through their surroundings after interacting with certain environmental elements.

The game’s plot is significant for the rest of the series, essentially setting up the events that occur in Kingdom Hearts 3. While its narrative is a bit of a mindscrew, Dream Drop Distance’s gameplay is extremely fun and smooth. At least it has one good aspect going for it.

Kingdom Hearts: Melody of Memory takes place after the events of Kingdom Hearts 3 and while it does include some lore and history that’s important for the rest of the series, it doesn’t contain a huge amount of story content.

That said, it’s a good entry point for newcomers to Kingdom Hearts as it briefly summarizes the plot of the series so far.

As its name suggests, Melody of Memory is a rhythm game, focusing more on music than on plot. The gameplay still has RPG elements as you can equip items, summon NPCs, and gain experience points, but it’s still very much a rhythm game at its core.

Kingdom Hearts 0.2: Birth by Sleep – A Fragmentary Passage is a prologue to Kingdom Hearts 3 and epilogue to Birth by Sleep, while also showcasing the graphical capabilities and revamped gameplay that would later be introduced in the third main installment.

A Fragmentary Passage digs into Aqua’s backstory, one of the playable characters in Birth by Sleep. It’s set over several worlds, with the first one being Castle Town, a magical but eerie setting based on Cinderella.

The story takes place after the secret ending in Birth by Sleep, so you’ll need to have seen this to understand the premise of Kingdom Hearts 0.2: Birth by Sleep – A Fragmentary Passage.

Although the game is visually stunning and boasts fast-paced, enjoyable combat, it is incredibly short, with most playthroughs only taking around 3 to 4 hours.

Despite being a short but sweet affair, it sets up Kingdom Hearts 3 nicely and adds a deeper layer of understanding to Aqua’s character.

Birth by Sleep is a prequel to Kingdom Hearts, taking place a decade before the events of the first game. It introduces three new playable characters: Terra, Aqua, and Ventus.

Although Birth by Sleep is set before the first game, it still requires you to have a basic understanding of the series, so you’ll have a less confusing experience if you play through Kingdom Hearts, Kingdom Hearts 2, and 358/2 Days first.

The narrative follows the journey of Terra, Aqua, and Ventus as they try to find the missing Keyblade Master, Xehanort, while also attempting to clear the worlds of mysterious creatures called Unversed.

Alongside fluid and fast-paced combat thanks to an overhauled battle system, Birth by Sleep’s investing and heartbreaking story is one of the best in the series.

The game requires three separate playthroughs (one for each character) to unlock the full story. Despite traversing through the same worlds on each playthrough, Birth by Sleep excels at keeping the experience fresh each time by including new areas, enemies, and character-specific abilities that make each run feel new.

The sheer graphical power of Kingdom Hearts 3 is astonishing, with its rich, detailed worlds and stunning Disney/Pixar character models, many of which are as visually impressive as their movie counterparts.

Visuals and gameplay are what Kingdom Hearts 3 does best, and it’s a cut above all previous entries in the series. Combat is satisfying and incredibly addictive, made even more so with its interactive special attacks all themed after classic rides from Disney Parks.

The worlds in Kingdom Hearts 3 are more open and expansive than prior games. Clearing a single world can take well over an hour if you want to see everything, beat every minigame, and snag all the collectibles.

The main downside of Kingdom Hearts 3 is its story, creating more plot holes and questions that are sadly left unanswered. For now, at least.

Kingdom Hearts was well ahead of its time when it was first released back in 2002, seamlessly blending Disney and Final Fantasy to create a familiar but unique premise simultaneously. It’s one of the best Kingdom Hearts for this reason – without it, the series wouldn’t exist.

Although the combat and gameplay haven’t aged gracefully, the low-poly graphics (especially the remastered editions) still hold up well. The game suffers from some repetitiveness as you’re forced to replay the same worlds twice to progress the story. Fortunately, they’ve small and linear, so they don’t take too long to blow through.

Kingdom Hearts’ story is the least confusing and most straightforward out of all the series but is also one of the most gripping. Bonus points for having one of the most heartbreaking video game endings of all time too.

Kingdom Hearts 2 is widely considered the best game in the series and its critical acclaim is well deserved. While the first game offered a fantastic story and innovative gameplay, the second installment took both these aspects to the next level.

The boss fights feel frantic and exciting, involving a great deal of challenge that is as satisfying as it is frustrating.

Combat feels more fulfilling and hectic than its predecessor, but it can feel clunky these days. The unskippable Gummi Ship missions were also better left on the drawing board.

Plot-wise, Kingdom Hearts 2 hits it out of the park, adding complexity to its relatively concise narrative in the first game. It builds upon the original story to make for a truly unforgettable, gripping experience, setting the bar for later entries in the series and, consequently, becoming one of the most important Kingdom Hearts games.

READ NEXT: Ranking the Matrix Games From Worst To Best