King of Seas (Xbox) REVIEW – Not Quite The King

King of Seas is sunk by the basics. 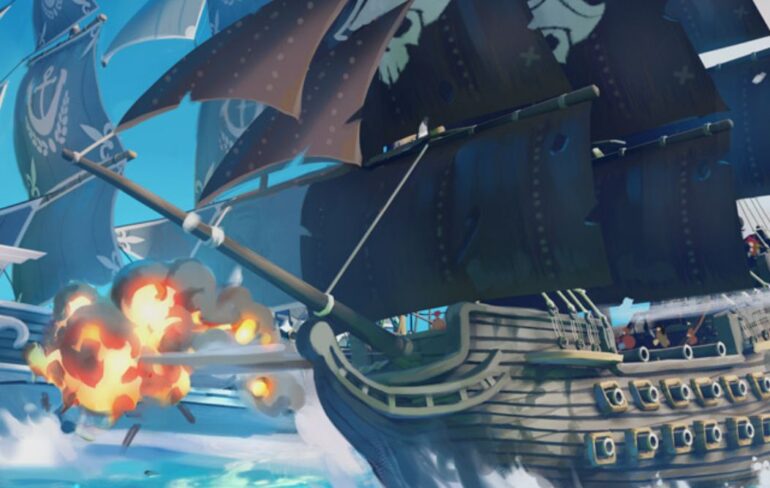 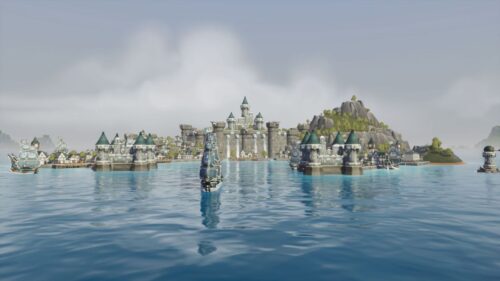 King of Seas has drawn plenty of comparisons to Sea of Thieves. After all, the two games not only share a similar name but also put the player into the shoes of a pirate exploring the open waters. That’s where the similarities end, though, with this new game being an entirely single-player experience. While King of Seas is definitely a unique experience, it’s one that fails to live up to its promise for the most part.

The plot starts with your character, which you can choose to be either male or female, coming of age and being given command of their very own ship. Complete a brief mission and you’ll have proven yourself worthy of being a captain and get to sail the seas full-time. Things quickly go wrong, though, with your monarch father being murdered and the blame put squarely on your shoulders. The young heir is quickly surrounded by Royal Navy ships and sentenced to death. Fortunately, you’re able to survive the ensuing carnage and end up being rescued by the last group of pirates in the world. They take you to their secret base and you begin life as a pirate on the run.

As far as stories go, King of Seas doesn’t exactly stand out from the crowd. A child being blamed for the murder of their parent is hardly an original concept after all and the plot is never particularly thrilling or compelling. Instead, it acts as a sort of backdrop to frame the action as you move across the sea completing a series of tasks and objectives. There’s nothing that grabs your attention and drives you forward to find out what happened.

Sadly, the gameplay is something of a mixed bag. As an open world RPG, King of Seas essentially tasks the player with carrying out jobs and taking on opposition ships to steal their loot. The missions themselves are fairly basic, requiring you to escort a ship or transport certain goods to a port. There’s nothing to get particularly excited about, but these jobs do provide you with plenty of gold and experience to level up quickly.

The main bulk of the action comes from ship-to-ship combat, as you might expect from a game all about pirates. Battles range from simple affairs where you take on just one enemy ship to more complicated encounters with multiple captains trying to sink you. Every ship has a broadside and portside set of canons, which have a short cooldown, and a set of customizable special abilities such as a flamethrower. These add some variety to how you approach each battle, giving you multiple options to choose from. The various types of ship also have strengths and weaknesses, with the smaller models being faster and more maneuverable while larger galleons are able to carry more cannons and items

Those extra options help the combat from becoming stale and boring throughout the 10+ hours of the campaign. Whereas you might stick to just circling the enemy ship and firing off cannons in other games like Sid Meier’s Pirates, that’s not the case here. The addition of a huge array of custom parts and weapons adds even greater variety, allowing you to build a craft that is capable of fighting in the exact style you like. With a constant supply of upgrades and new items to purchase, there’s also room for experimentation so that individual players can see what works best for them.

Although the combat works well in King of Seas, others areas are more of a disappointment. Exploration is one of the major appeals of a game like this, giving players free roam to travel around the open sea and discover new locations, but that’s undermined by a few key design decisions that make the experience feel underwhelming and clunky. For example, the map doesn’t get filled in when you sail to new areas, with locations only revealed after finding a lighthouse and paying the resident cartographer. It makes exploration feel less natural, which is only exacerbated by the lack of a mini-map, forcing players to constantly bring up the main map during gameplay.

Exploration is also affected by the fact that quests are tied to the level that the player was when they first acquired it. With experience given out incredibly frequently, any delay to completing those missions makes the reward almost pointless, so it feels as if you have to head straight to objectives rather than taking your time to scout out each area. It’s a strange decision that really has a negative effect on how you play King of Seas, making your pirate feel more like a glorified taxi than a free spirit adventuring on the ocean.

King of Seas also has a few other things to do at each port, but only if they are friendly towards you. There are essentially three distinct factions in King of Seas, with Royal Navy ports being immediately hostile to you and Pirate bases offering safe harbour. The third group is basically independent merchants who are happy to trade with either side as long as there is money to be made. Once docked, the player is able to trade goods at markets that have unique stock and prices, buy upgrades, or invest in the bank. None of these will provide a good alternative to missions and combat but can give a welcome boost of gold.

King of Seas is a game that has some really good ideas but it’s largely let down by the execution. The biggest disappointment of all is the way it handles exploration, removing the organic nature of discovery in exchange for a system that simply feels as if it was added at the last minute. A rather basic story, with an uninspired conclusion, might also make this a less enticing experience for those gamers who like to become engrossed in the plot. But it does make up for some of these shortcomings with great ship-to-ship combat and a charming visual style.

An Xbox One key was provided by PR for the purposes of this review. 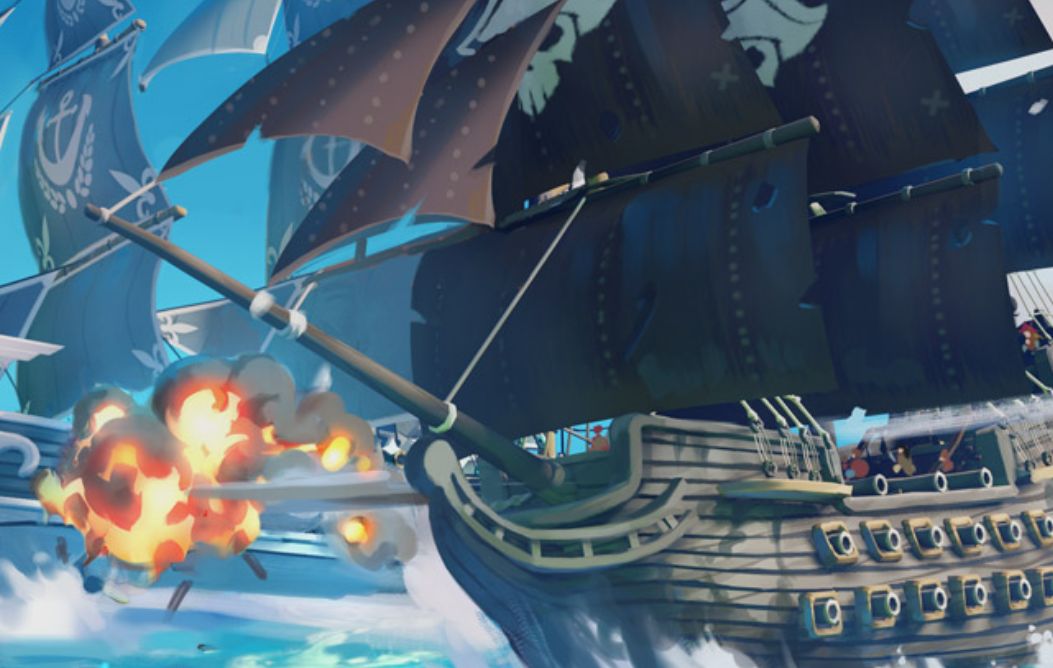 Verdict
King of Seas looks great and has some fun ship-to-ship combat but is let down by its underwhelming exploration and basic story.
6.5
Cultured Vultures is a pop culture website established in 2013 covering all things gaming, movies, and more. We eat your words.
All The News On The Biggest Games