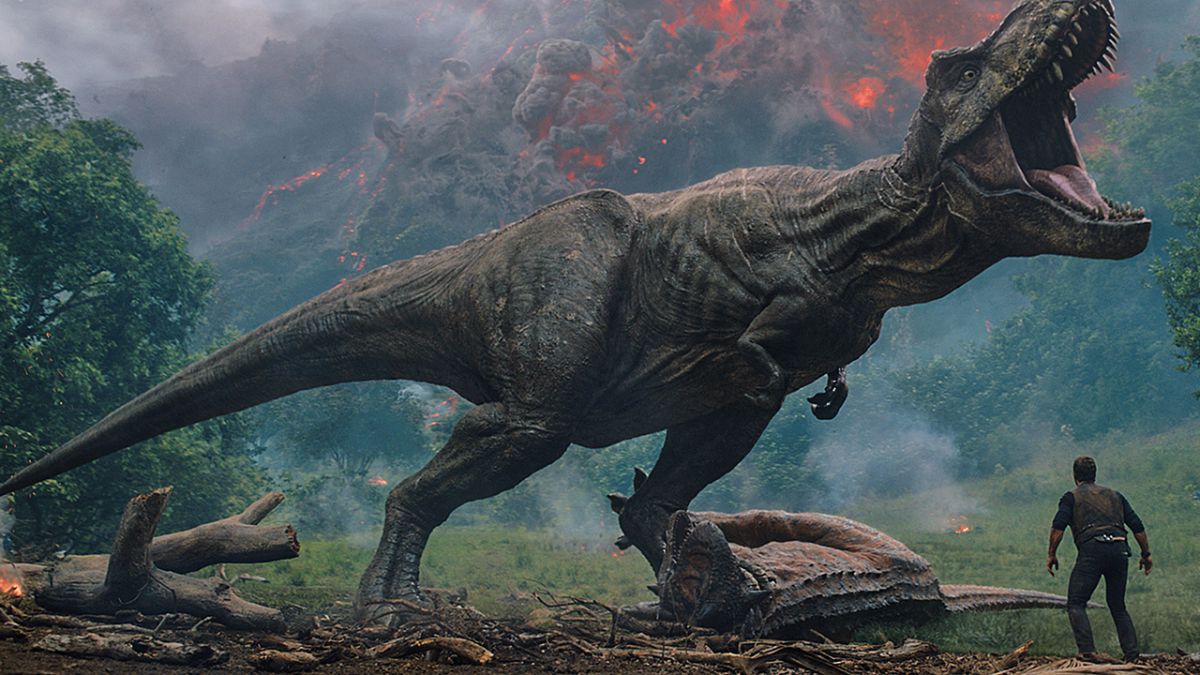 When Jurassic World hit cinemas back in the Summer of 2015, it was an undisputed mega hit. It dominated the box office and, despite being flawed, was well-received by most. While the fourth instalment in Steven Spielberg’s legendary dinosaur franchise was far from perfect, it at least felt complete. Its snarky cynicism may have been jarring, but every character got to where they needed to be, and the finale had real scale and spectacle to it.

The same can’t be said for Jurassic World: Fallen Kingdom, a sequel that is unequivocally devoid of fresh ideas or the conviction to deliver on the old ones that it presents. It’s a muddy, ugly, tiring movie that moves with the grace of a tranquillised triceratops. The Jurassic Park franchise is one of personality, and to deprive it of that is a cardinal sin in the canon of blockbuster filmmaking.

While the first Jurassic World had some likeability and old-fashioned fun factor to it, the follow-up is content with a rinse and repeat cycle of everything apparently being fine before the characters need to run to the next set piece. It’s as if the last film never even happened, as any semblance of consequence from the actions of the main characters has been ignored in favour of unmemorable chase sequences. The repetitive structure of the film is impossible not to notice as it’s separated into neat, 20-minute chunks of the same actions.

It’s also clear that the actors are either aware they’re in a $170 million hamster wheel or just don’t care about what they’re doing in general. The ever-reliable Chris Pratt appears to be sleepwalking through his lines, knowing full well that this is just a pit stop between Avengers: Infinity War and The LEGO Movie 2: The Second Part. As for Owen Grady as a character, if he’s grown since the last movie, I’m certainly not seeing it. It’s as if he’s been left static and is in the same place as our first meeting with him three years ago. How such little character growth can occur when one’s bore witness to a dinosaur outbreak is befuddling.

Which brings me to the most egregious part of this mess, Bryce Dallas Howard and the attempts made to sabotage her at every turn. She has all the makings of a major Hollywood star and has the talent befitting of someone whose father is Tinsel Town royalty. It’s a real shame, then, that her role here is to get into a spot of bother, manage to get herself out of it through her own ingenuity, only to stay behind and send the more marketable Chris Pratt off to do the job.

I counted three separate occasions where the character of Claire Dearing solved her own problems, before opting to stay put while her sort of boyfriend went to save the day. Laura Dern didn’t run solo into a bunker filled with raptors for the female lead of a sequel to take a backseat because the screenwriters can’t write women without the context of a love interest.

There are other characters as well, each as interchangeable and forgettable as the last. We get to spend a few minutes with Jeff Goldblum and B.D. Wong to remember the good old days, so that’s nice. It’s a shame that doctors Ian Malcolm and Henry Wu have no impact on the already threadbare plot and never once interact with the protagonists. Then again, maybe it’s for the best that their roles are more isolated, so that two fondly remembered characters aren’t dragged down with the rest of the cast.

When something big happened in Jurassic Park, you felt it. There was impact and meaning. When yet another dinosaur shows up for a cheap jumpscare in Fallen Kingdom, it rings hollow. In ripping away the awe-inspiring mystique of these creatures, they’ve now gone the way of the xenomorph and become just another inconvenience.

I will, however, give credit to director J.A. Bayona. His past work has demonstrated that he is more than capable behind the camera and he is trying his hardest to steer this sinking ship toward land. Despite an empty script and visibly bored actors, Bayona attempts to create some flourishes of brilliance. Occasionally, a sequence will crop up that seems to push the film in the right direction. The camera will crawl around the sets as if it’s a dinosaur itself, positioning characters in what seems like genuine peril and it is effective. Bayona brings in his horror roots and conjures up fearsome images of these deadly predators in scenes that revel in quietness and tension.

All of that is soon ripped away though, usually by Chris Pratt yelling “RUUUUNNNNN!” as deafening music and visual calamity assault the senses. The director is forced to perform a deft balancing act here and almost succeeds at points. There are flashes of a truly great Jurassic Park sequel in here, so it’s all the more frustrating when you’re left feeling robbed of that movie and instead get a generic tentpole action flick.

To see this franchise on such a downward spiral is depressing, and my desires to see the third entry couldn’t be lower. There is no rhyme or reason in this film, stuff just happens, and story beats hit you over the head with exposition until your brain falls out (which is the only way to convince yourself that what you’re seeing is enjoyable). Don’t go and see Jurassic World: Fallen Kingdom if you have an attachment to the legacy of the series, because it may very well sever that connection.

Verdict
A dull, formless affair that fails to deliver on any promise it may have had. It should be easy to make rogue dinosaurs work. Obviously, this isn't the case here.
4
Cultured Vultures is a pop culture website established in 2013 covering all things gaming, movies, and more. We eat your words.
All The News On The Biggest Games