A flawed descent into a captivatingly twisted world. 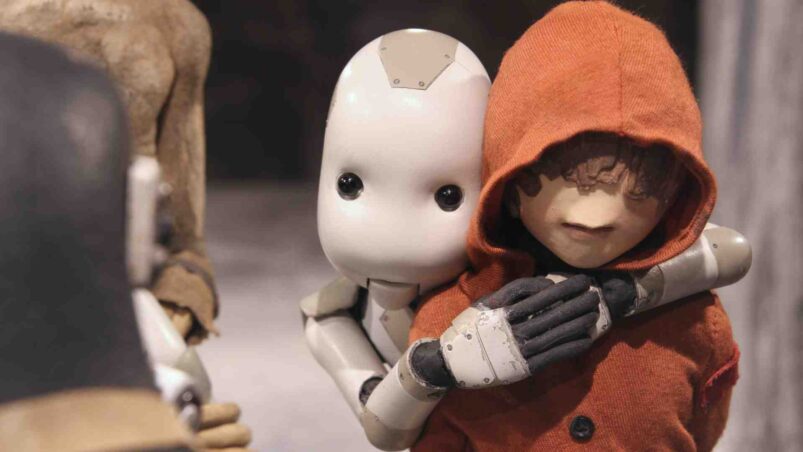 Originally released in 2014 as a 30-minute short titled Junk Head 1, extended to feature-length in 2017, and refined for this new iteration, Junk Head takes place in the far future where technology-dependent humanity has achieved immortality via cybernetics, but sacrificed the ability to reproduce.

A deadly virus ravages the population, leaving humanity’s future in doubt. Our protagonist, known by multiple names throughout the film including “Junkers” and “God” (let’s just call him God), volunteers on a dangerous mission to retrieve a biological sample to save what’s left of humankind. He must enter the domain of the Marigans — a workforce of clones that rebelled 1,200 years ago and created their own, barely functioning society underground. Although some Marigans resemble humanoids, others become hideous monsters of all shapes and sizes.

Upon being launched into the grimy environment within a small capsule, God is shot to smithereens by a band of mummified, rocket-launcher-wielding Marigans — sending his disparate body parts toppling into the unknown. Luckily, the parts are found by a group of pudgy Marigans who wouldn’t seem out of place on Tatooine. They take him to their boss, a big-brained scientist, to be rebuilt in a new body made from scraps of junk. Having lost his memory, God tries to get his bearings, survive, and, after some convenient realizations, complete his mission. He meets numerous entities — both compassionate and menacing — as he ventures further and further into his threatening surroundings.

It’s difficult to convey with words just how freakily wonderful Hori’s film is from technical and world-building standpoints, let alone the dedication behind the scenes. Hori — taking on the roles of screenwriter, score composer, cinematographer, editor, art director, lead animator, and voice actor for nearly every character, in addition to directing — has crafted one of the most enjoyably strange films I’ve watched recently. Plot-related shortcomings only leave a minor stain on Junk Head’s admirable sheen.

Right off the bat, it’s apparent that Hori is more interested in depicting a setting above all else — with looping corridors, never-ending staircases, grungy factories, warm-hearted creatures, and beasts willing to rip your heart out and swallow it whole. Drenched in muck and sepia coloration, Hori guides viewers like a tour guide into increasingly perilous situations, allowing us to soak in the uniquely weird atmosphere. From a sleepy humanoid tasked with forever keeping a flame alive, to spindly monstrosities with bones sticking out of their backs and Groot-like beings birthing the next generation from their branches, there’s always some beautifully obscene, hand-molded creation residing around each corner. The confrontations themselves are thrilling, featuring slow-motion acrobatics and elaborate camera movements that would put some action movies to shame.

Junk Head’s peculiarity extends to its tone, which veers drastically from scene to scene. For all the gory violence and lived-in aesthetics, Junk Head has plenty of comedic moments that often come out of nowhere. The humor is, admittedly, uneven and occasionally crude, but it ultimately enhances the film’s playfulness, showing up when viewers least expect it.

Where Junk Head primarily stumbles is in its storytelling. At times, it seems like it doesn’t know what kind of tale it wants to tell, and it comes across like a collection of vignettes that don’t necessarily form a cohesive whole. Topics of mortality and what it means to truly live are broached but not explored as fully as they could have been, laying threads that are left dangling by the end.

Similarly, God as a character leaves something to be desired. He doesn’t have much agency in the proceedings — stumbling through his environment, being broken apart, and reborn thanks to the kindness of strangers. He’s also frustratingly daft at several points, making oblivious decisions that only wind up creating more problems for those around him, no matter his good intentions. His arc over the course of the film gives him some depth, but the Marigans he encounters are far more attention-grabbing.

As God continues his journey, he recognizes that maybe, just maybe, living forever robs life from some of its meaning. Unfortunately, Hori misses a chance to dig into the idea with more pathos, leaving viewers with little time for reflection. A more intentional approach regarding themes could have made Junk Head just as intellectually stimulating as it is visually striking.

Thankfully, Hori plans to direct future instalments in this boldly irreverent universe, and I can’t wait to see where he takes us next. Junk Head, warts and all, is a triumph of a singular vision being vividly brought to life. Indeed, there’s never been anything quite like it.

READ NEXT: The Best Fantasy Movies On Netflix You Should Watch 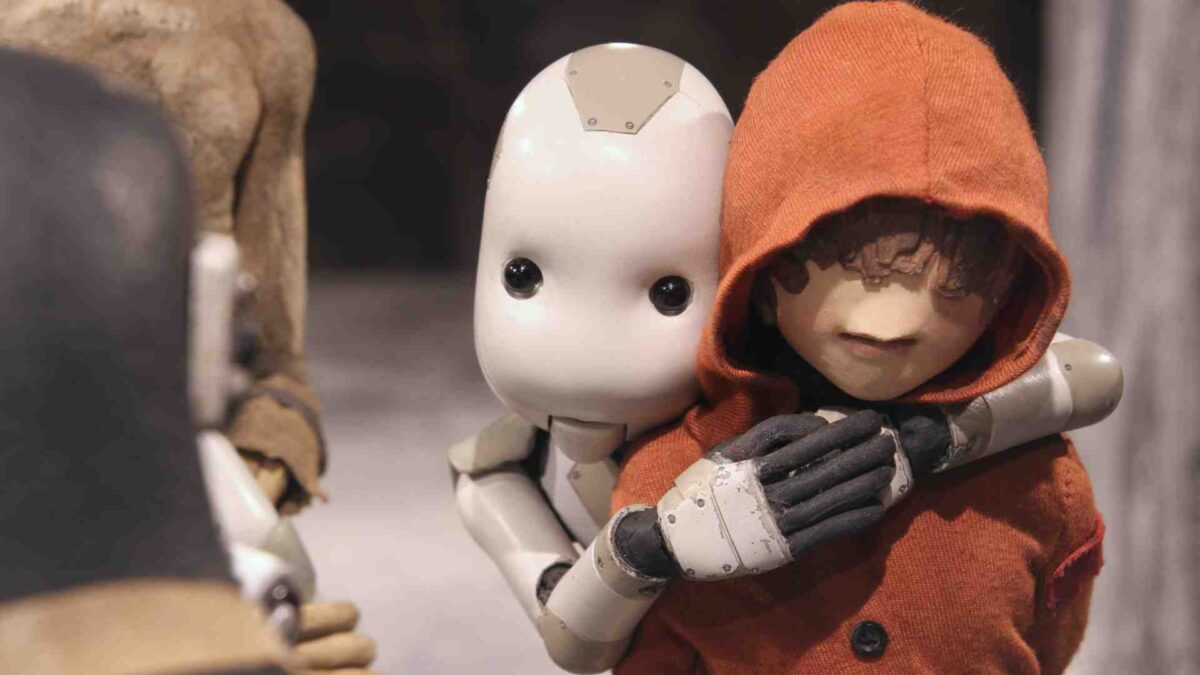 Verdict
Hori and his team have crafted an unsettling, charming, and grotesquely beautiful cinematic experience that lays the groundwork for something truly special down the line.
8
Cultured Vultures is a pop culture website established in 2013 covering all things gaming, movies, and more. We eat your words.
All The News On The Biggest Games