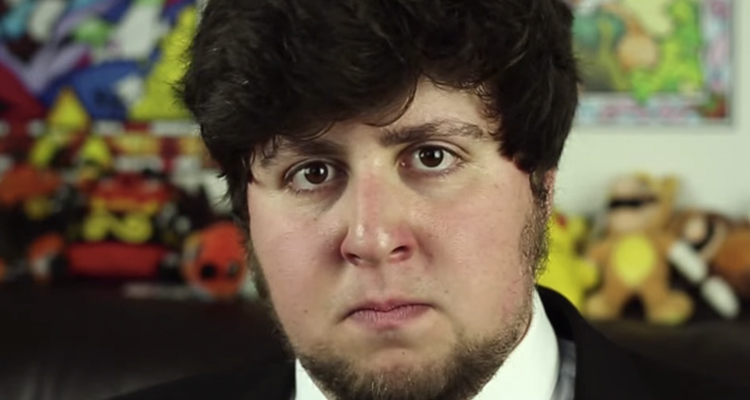 Jon “JonTron” Jafari, who’s about as famous for his personal views as he is the irregularity of his content, recently appeared on a livestream with Steven “Destiny” Bonnell to discuss some puzzling tweets Jafari had made over the weekend.

Without wanting to go into the full conversation, Jafari said some pretty troublesome things throughout the debate. Bonnell, a seasoned debater, picked his points apart and made him look like, well, a fool. It would be a stretch to say that Jafari is a racist (he’s definitely an idiot), but some of the stuff he was quoting was bigoted and misguided to say the least.

Here are a couple of excerpts:

What do you call a large number of people from one specific place, coming in, setting up their ethnic enclaves and then waving their own flag inside of our nation? There are large swathes of them who want to break parts of America back into Mexico.

It’s clear that whites are not allowed to speak up against their demographic, um, oblivion.

Watch the full debate below. I’m a busy guy, but I had to sit through it all out of total confusion.

It’s pretty uncomfortable viewing, not just because of Jafari’s beliefs, but also thanks to how he flails around questions without much conviction, reacting with shouting and laughing at the worst times. Even the Twitch chat was shocked – that’s really saying something.

The backlash from the debate is already being felt by the YouTuber. Although it’s not a dramatic decrease just yet, his subscriber count is dropping. According to SocialBlade, a tool which isn’t 100% but is generally reliable, he has a net loss of 700 subscribers today. Watching the real-time counter, a subscriber goes elsewhere every ten seconds or so.

His typically loyal fans on the /r/jontron subreddit are mostly shocked by his comments with one saying, “GAHHH it’s like watching a fucking train wreck, it’s so horrible and gruesome but I can’t fucking look away.”

This doesn’t seem like the JonTron of old – the man has seen one too many memes and even been interviewed by Breitbart. That being said, if he goes back to Game Grumps, this could all be forgotten about.

UPDATE: Jafari has a net loss of 7000 subscribers in two days.