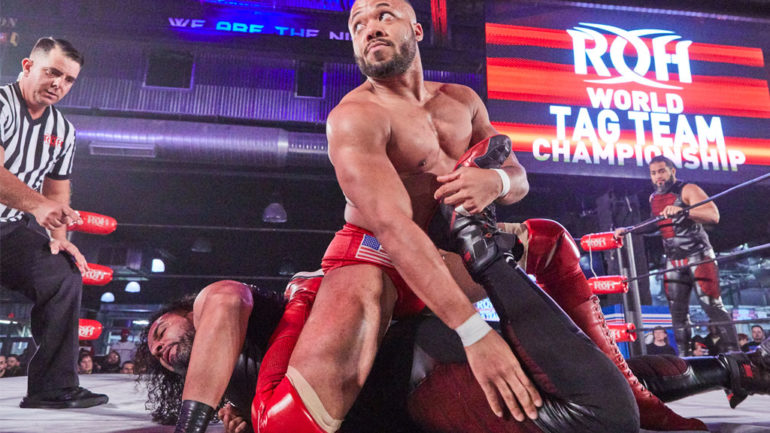 It’s that time once again as PROGRESS begin their announcements for this year’s Super Strong Style 16 Tournament. Continuing the trend of announcing an international talent to begin proceedings, PROGRESS Wrestling revealed on social media that the first entrant into this year’s three-day tournament will be Jonathan Gresham.

A founding member of CCK, and currently one-half of the Ring of Honor Tag Team Champions alongside Jay Lethal, Gresham’s mix of technical and quick offense have seen him become more and more popular in recent years – certainly on par with the likes of Zack Sabre Jr, and making him one to watch out for in this year’s SSS16.

Gresham has also taken on something of a developmental role with the women’s talent of Ring of Honor. It was recently announced by ROH that he will be overseeing a tryout for the company’s Women of Honor division, with one wrestler going on to receive an invite to the ROH Dojo and a WOH Developmental contract.

Jon Gresham is already fairly well known on the international circuit, but it’s fair to say that his star will only rise in 2020.

What are your thoughts on Gresham entering SSS16? Let us know in the comments below.