It Happened One Night & The Roots of the Rom-Com

It Happened One Night won big at the Oscars, but it also paved the way for a new kind of genre to emerge. 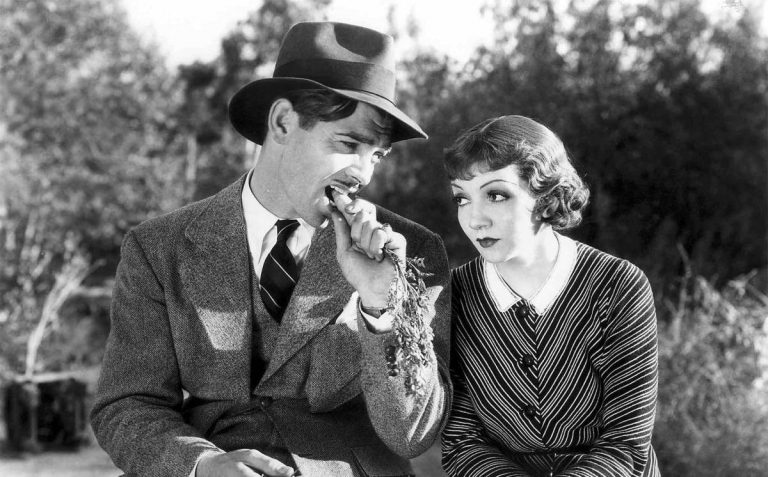 It Happened One Night

The story of cinema cannot be told without the romantic comedy. It is an appealing genre because it doesn’t take itself too seriously and is endearing due to its tender charm. But the rom-com is more than just a date night staple, they also comprise some of the most important films of all time. It Happened One Night is one of those films. Not only is it the original rom-com, it is still one of the best. With a score of 99% from Rotten Tomatoes, It Happened One Night is the quintessential romantic comedy.

It has also shaped the approach and attitudes of cinema for the last 87 years. Starring Clark Gable and Claudette Colbert, the film tells the story of a runaway spoiled heiress and the cynical newspaper reporter who agrees to get her back home in exchange for the exclusive story. It doesn’t take long for the mismatched pair to run into trouble when their plan falls apart. Penniless and hungry, the duo must rely on each other for survival. As the unlikely partnership blossoms into improbable romance, flawless situational comedy ensues amid an avalanche of sexual tension. The veiled friction between the sexes is a formula which seems routine now, but at the time it had yet to be defined.

It Happened One Night was the fifth highest grossing film of 1934. One reason why the picture was both not expected to succeed and outrageously successful was because it was the first of its kind. Being as such, the enormous positive public reaction could never have been anticipated. That, along with the outstanding performances and direction combined to produce the first film to ever sweep the “Big 5” at the Oscars. Not bad for a little movie that no one wanted to be in, adapted from a short story by Samuel Hopkins Adams called “Night Bus”. This is an important movie, not only for the tremendous finished product but because it helped usher in a new era of American cinema.

Made in the heart of the great depression, It Happened One Night was part of the initial cycle of films to be subjected to the infamous Hays Production code. The roaring 1920s were a time of rampant scandal in Hollywood and the bad press was a pressing concern for studio executives. Essentially, this code was intended to reinforce strong values and uphold moral standards within motion pictures. Under the Hays code, movies could only present “correct standards of life”, referring specifically to movies revolving around romantic themes, where “overt portrayals and references to sexual behavior (even between consenting adults) could not be shown”. Films were also no longer allowed to use nudity. To accommodate the new “standards”, filmmakers had to change the way movies would be viewed. It Happened One Night established a new genre of film devised in direct response to the Hays Code, namely the “Screwball Comedy”.

Technically, this film is “pre-code” because it was completed at the end of 1933. The code was not firmly enforced until mid-1934. However, director Frank Capra wisely chose to generally adhere to the new regulations because he knew it would afford his film a better chance to succeed. To compensate for the new restrictions, innuendo and suggestion were incorporated to compensate for a lack of sexual content. Overt affection was no longer permissible on screen, so romantic themes had to be conveyed differently while keeping the original insinuation. These themes were expressed through whimsical characters, eccentric behaviors, and satirical narratives. In addition, witty dialogue and snappy one- liners were implemented to mask romantic affections. These are the classic tenets of the screwball comedy; they are also the core characteristics of It Happened One Night.

The screwball comedy was immensely popular during Hollywood’s Golden Age, beginning in the late 1920s and continuing through the 1940s and into the 60s. Towards the end of the 1950s, the regulations put in place by the Hays code had begun to weaken. This was due to several contributing factors including the impact of television, influence from progressive directors, the emergence of provocative foreign films and Supreme Court intervention. In November of 1968, the Hays Production code was replaced by the Motion Picture Association’s film rating system that we’re all familiar with today. The new rating system allowed filmmakers to be more candid when telling love stories; sexual overtones were replaced by sex scenes, and screwball comedies became romantic comedies.

It Happened One Night also influenced the form and operation of the motion picture industry. It set standards, created trends, and shaped new perceptions. For example, in one historic scene, a bare chest Clark Gable is shown alone with his female co-star, almost unthinkable for 1934. Within the year, it was purported that undershirt sales in the United States declined 40 to 50 percent; it is even rumored that Gable’s character served as inspiration for Bugs Bunny. However, the film’s true legacy is as a forerunner; the lineage of the rom-com is drawn directly from the screwball comedy and there is no better example of the screwball comedy than It Happened One Night.

In 2018, Rotten Tomatoes compiled its list of the 200 Best Romantic Comedies of All Time, and It Happened One Night was ranked number one. But the film was also an archetype, setting the template that movie goers now recognize as the romantic comedy. Or, as movie critic Mike D’Angelo put it, “It’s every damn romantic comedy you’ve ever seen. They can all be traced back here, virtually without exception, for eight straight decades now”. By today’s standards, this film may not seem like a romantic comedy, but the genre wouldn’t exist without it, and the standard that it set has yet to be surpassed.

READ NEXT: The Best Feel Good Movies on Netflix