An Interview with Gabe Durham of Boss Fight Books

There is a culture that is bubbling. Initially one that was hooked up to the television, born in parent’s basements and studio apartments. As the technology progressed, so did they, forums, streaming, strategy guides and careers born out of it. The biggest word on everyone’s lips about video games, dare I say it, is ‘art’.

Gabe Durham dares say it, wears it on his sleeve, too. So much so that he started his own press, Boss Fight Books. As well as being an author of Fun Camp, Gabe is proving a formidable NPC in the small press scene. He creates an idea, funds it on Kickstarter and makes it a runaway success, causing many fans and authors alike to level up.
He was also kind enough to join us to share some words about Boss Fight, his writing and of course, video games. 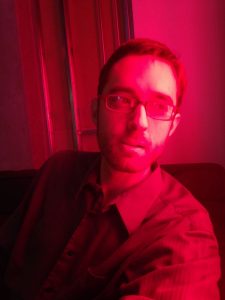 You’ve cited the 33 1/3 series as an inspiration for Boss Fight Books, for those that are unfamiliar with this, how would you describe it and the transition that led to Boss Fight Books?
33 1/3 is a book series where each book is about a single album by a band or artist. Reading those books, I really appreciated that they didn’t try to do a similar thing each time, but that the author of each book chose the lens through which they would examine the album. I was also aware that there had been a similar book series about individual movies. So when I had the idea for a series about video games, I was surprised to see that such a thing did not yet exist. As a writer and editor who has spent a lot of time playing games, I got really excited wondering what might happen if I created a new space where we could talk about games at that kind of length, treating games with the level or respect and scrutiny we offer these other, older forms.

Boss Fight Books is a Kickstarter success story. What about Kickstarter helped Boss Fight Books, particularly past its initial funding, and how do you foresee the process being helpful in the future?
Our first Kickstarter was really important because it made me articulate a vision for the series right at the beginning (including the aesthetic vision that comes from Ken Baumann’s great covers), and it was a perfect test balloon to see whether other people were as interested as I am in a series like Boss Fight. Kickstarter itself made a lot of sense for us because Kickstarter has been (mostly for better, occasionally for worse) much of the lifeblood of the indie gaming community for years. The fact that the campaign went well was hugely motivating to me and the authors because we knew these books were actually going to happen. 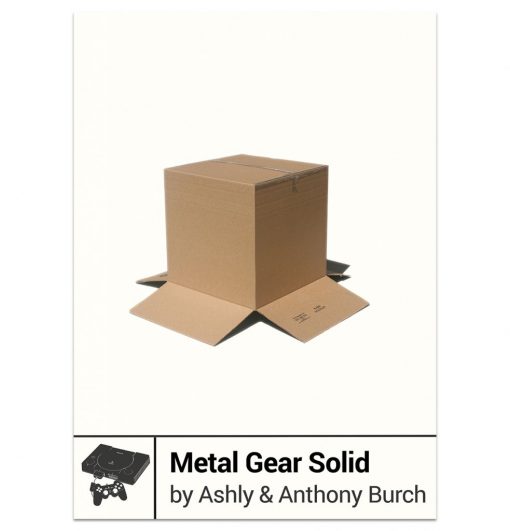 You guys have published books on classic video games, yet your submission guidelines state that you are open to modern video games. Do you think that the nostalgia of many of the writers growing up playing the older titles leads to better pitches and submissions?
That’s a good question. It’s rare that there is not an element of nostalgia in one of our pitches, which to me makes a lot of sense. Writing a book is hard and takes a lot of time, so as a writer it really helps to have something other than pure academic interest to give you the juice to keep going. A writer’s sense of curiosity (or obsession) doesn’t have to be rooted in nostalgia, but it has to rooted in something or I think you’d burn out before the finish line.

Bible Adventures, your entry in the series, comes out in the Spring of this year. How did you feel about writing for the press you started and what made you choose this game?

I’d played a little of Bible Adventures as a kid, and initially began researching it on a whim. The story of Wisdom Tree, the studio that made, was so fascinating to me for it’s seeming contradictions: a Christian company making games in defiance of Nintendo, a team of agnostic and atheist developers making games to be sold in a Christian bookstore, the fact that the games themselves are often violent or nonsensical. As a guy who grew up in the Christian culture that Wisdom Tree was pandering to, I felt like I was the one to tell the story of this weird game. I also get to explore some topics that I just haven’t read or heard a lot about, so it feels to me like fresh territory.

I mostly like that Boss Fight is publishing this book. It appeals to my desire for absolute control over the creative process. I’ve had to outsource the role of “editor” to a few friends who have given me really valuable feedback–Michael P. Williams has already read a couple drafts and talks through a lot of decisions with me. Ken Baumann challenged me to get more vulnerable. Aaron Burch, who runs a journal called Hobart, really challenged me to move a bunch of stuff around and see the book in a new way pretty late in the game. 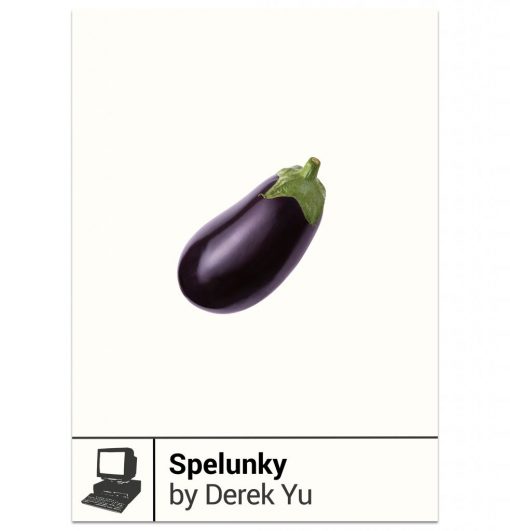 Boss Fight Books has been covered extensively in the media. How does it feel to be blurring the lines between literature and video games?
Good! I mean it’s all art. Games, books, movies, music, sculpture, dance, comedy, whatever. It took awhile to get to the point where people were comfortable talking about games and books in the same breath, and there are some corners where people in either the “games are dumb” or “books are boring” camp would rather keep the two apart. But I think most of us prefer a wide-eyed cultural conversation that takes it all in. The big tent is the one having the best time.

You have a book already published, Fun Camp. Did you learn anything from the process of either Boss Fights Books or having your book published that was helpful to the other process?
Absolutely. Fun Camp taught me a lot about how a book is put together, how rigorous you have to get with edits. Trivia: When I was working on what size to make the Boss Fight paperbacks, it seemed to me that Fun Camp’s was the perfect size for these books. So we went with 5×7 because it was what I knew.

Another thing that was helpful to me as an editor was the fiction workshops I took when I was getting my MFA. I had to write a letter to my peers about every short story or novel chunk they turned, and that  helped me identify what a writer was going for and articulate how I thought they could do it better. And then I fine-tuned that when I took the helm as editor of a couple of literary magazines, and worked closely with authors on their stories and poems.

Boss Fight Books has had two successful Kickstarters. What would you do differently or add for the funding of the third series?
It may eventually make more sense to break out of the “seasons” model we’ve been working under and just  publish books continuously. These books wind up having very different timelines from one another, so it might give us greater flexibility to contract books and then put them out in whatever order they are ready. It’s also my hope that we will eventually be as reliant on brick-and-mortar stores as we are on the web to get these books out. That said, I love the excitement of unveiling a new season through Kickstarter AND I think a lot of people enjoy getting each new book in their mailbox or inbox, so it’s very likely that we’ll announce new books in a similar way.

The press features some amazing cover art. Simplistic and beautiful, if you had to pitch the iconic item that would go on the cover for your three favorite games, what would they be?
The Binding of Isaac – A scythe.
Goldeneye 007 – A proximity mine.
Chrono Trigger – A Lavos-like hedgehog. (CHECK.)

Boss Fight Books has just released Continue? The Boss Fight Books Anthology, were there any surprising challenges to doing a multi-contributor anthology as compared to an individual book?
It took a lot more time than I thought! An anthology, by nature, involves corresponding with a lot more authors than a single-author book, and you have to make a lot of decisions about how cohesive the book should be vs. letting authors make their own stylistic/syntactical decisions. But I got to publish some great writing, and find a new audience for some pieces I’ve liked for years.

This particular book stressed a diversity of forms and subjects, so I think next time I’d like to focus on a single theme and see what people do with that.

You have an exciting 2015 line-up coming up, after exceeding your Kickstarter goal, what is the plan for 2015 and beyond?
In the short term, we’re going to be announcing the author of our Shadow of the Colossus book really soon, and I think a lot of people will be happy with our choice. And as I wrap up work on my book, I’m diving deeper into Ashly and Anthony Burch’s book on Metal Gear Solid.

Mostly, I just think there’s so much more to explore in this series, and I expect that authors will continue to surprise me with their pitches. I’d love to hear even more from women and writers of color, and to help ensure that when it comes to talking and writing about games, everyone has a voice. We could definitely do better on this front.