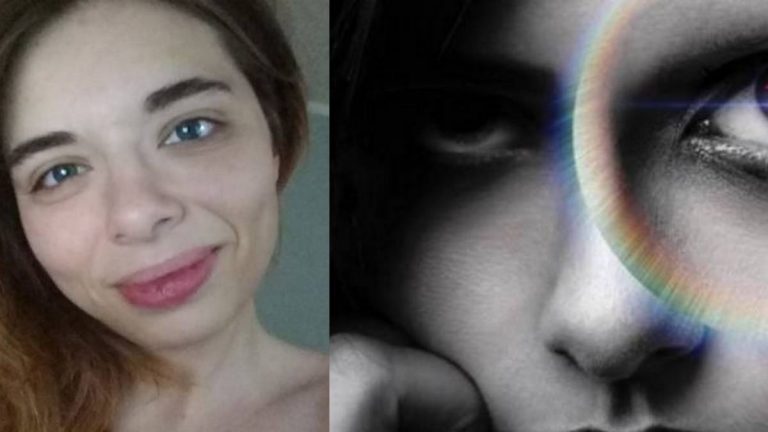 We’ve recently reviewed Autumn Christian’s fantastic Ecstatic Inferno, and today Autumn has been kind enough to answer a few burning questions about her work, influences, and what truly entails being a writer. Do check out her other novels like The Crooked God Machine and We are Wormwood if you are interested in more of her haunting writing.

At what time in your life did you decide to be a horror author, was this something you always wanted to do?
I think horror writers get asked this question more than anyone else. I know Stephen King has a story that as a child he saw a friend killed by a train and came stumbling home, pale-faced and catatonic. (And even he says he doesn’t remember it, and doesn’t know the affect it had on him later in life), but I don’t think the natural reaction to horror is to become a -horror- writer.

I know that when I read, I felt comforted in a way that I thought reality couldn’t comfort me. I wanted to give other people that same feeling, of a hand reaching out to them through aeons of space. And when you need that love most, is when you are in the darkest places. I wanted to live in that feeling. And years later, I realized that books WERE reality, and that everything I wanted was possible.

I don’t consider myself a horror writer anymore, (I called myself a faux-gothic surrealistic dupstep-horror fiction writer once, but that’s not generally accurate either.) but fear and isolation are themes that I deal with constantly. There is something interminable and deeply spiritual about horror. And as a result of my upbringing, I think life is in general horrifying. Horror wasn’t something I decided to write, so much as when I want to write, I see horror. Not that there can’t be beautiful moments, and tender moments, and feelings of compassion and warmth – but discomfort is the baseline.

Katie Jane Garside, vocalist for the riot grrl band Queenadreena, once said in an interview she was “Most comfortable in terror, because it’s familiar” and that really resonated with me. A lot of people think horror is fun. I think it’s therapeutic. Sometimes I try to articulate my feelings in real life and instead of words all I can see is a camel being swallowed by quicksand. Writing is sort of the process of being able to see more than a drowning camel.

What do you think were the greatest influences in your writing?
Hitting that tree with the motorbike, getting lost in the Arkansas woods, leaving everything behind and starting over, running from a cow stampede, seeing the horned god in the trees while I was naked with the sticky burrs in my shoes, drinking beer by the creek in my underwear, getting arrested in my sweatpants and sitting in jail on New Year’s Day when I was 18, recognizing that I’m a valuable person, quiet nights with angry ghosts, drinking three different whiskeys on the floor while an artist tells me he wants his head to be chopped off by a Camaro, falling asleep in the trees, doing things against my better judgement just because I think they’re interesting, a person that I love giving me a quiet place to stay to clear my head, bracing my head against that painful barrier between my isolation and the outside world.

In Ecstatic Inferno we have a lot of variety in your stories (a sci-fi setting, a more abstract horror, monsters, gods, Siamese twins and demons), was there any specific situation you much preferred to write in? More so than the others, I mean.
People are products of their biology and their environment, the setting affects how they’ll react, and who they’ll be. In a sci-fi world, people will behave differently than in rural Louisiana. There’s not a particular setting that I enjoy writing more, but what I feel most serves the story that I’m writing.

“Nobody gets to be Lord Byron, alone in a storm, eating vinegar and potatoes, anymore. And that’s beautiful.”

Was there anything left out of Ecstatic Inferno you wished you could’ve squeezed in?
No. It’s the best of what I’d written up until that point. Ecstatic Inferno was cultivated by John Skipp and I from short stories that I’d written over the last 7 years or so – Skipp is a great curator and there were several stories that were similar in theme, but some best exemplified those ideas, and others were weaker.

Although, I do wish that Ecstatic Inferno also came with an LSD dispenser, but I don’t have the budget for that.

What do you think are the major struggles an author faces in our modern age?
Obvious answers: social media, capitalism, glut of writers, “writers”, the ennui that comes from reading too many Twitter posts about cats and coffee, the day job, the Bukowski wannabes.

Not so obvious answers: The incredibly destructive idea that depression and tragedy help a writer’s creativity, the people who claim that writing is such a mystical, personal process that the mechanics of writing can never be examined or dissected, misogyny and “helpful male writers”.

Something always feels off about the world when I haven't written in a while.

I’d also like to say, this is one of the absolute best times in the universe to be a writer. More people are literate than ever. If you have access to a computer, you can write. With the Internet, we have a vast level of knowledge available to anyone. If I have a question about something at 4 in the morning, I can message someone from the other side of the world and they’ll respond, sometimes immediately. I’m connected to a light-pulse network of stars. Nobody gets to be Lord Byron, alone in a storm, eating vinegar and potatoes, anymore. And that’s beautiful.

This is something I always ask an author. What is your usual routine before you start writing, what gets your fingers ready to dive into the horror madness?
Lately I’ve been eating healthy and exercising to maintain sanity and quiet my brain so I have room to think about writing. I try to take days off when I need them, instead of mentally berating myself for being a failure until I’m bloody. I’ve come to realize these are about as important as working days. For someone like myself who can never fucking relax, this is invaluable and difficult information to acquire.

When I’m ready to write, I try to ingest as much caffeine as humanly possible, be somewhat emotionally stable, have on like three layers of sweaters, and be listening to some kind of electronic music. Also, the room should be dark preferably. And then I’m ready to go.

What do you hope people will take from Ecstatic Inferno?
I’m trying to break the habit of telling other people how to think.

What kind of advice would you give to someone who would want to start writing in the horror genre?
1. Read everything, not just the horror genre. But this is standard operating procedure, but I don’t think it’s often really explained why: The reason for this is that in genre we’ve come to expect certain tropes and conventions. When you only read in that genre, you’re narrowing your field of vision.

4. Edit your work. Cut out all the parts that aren’t true.