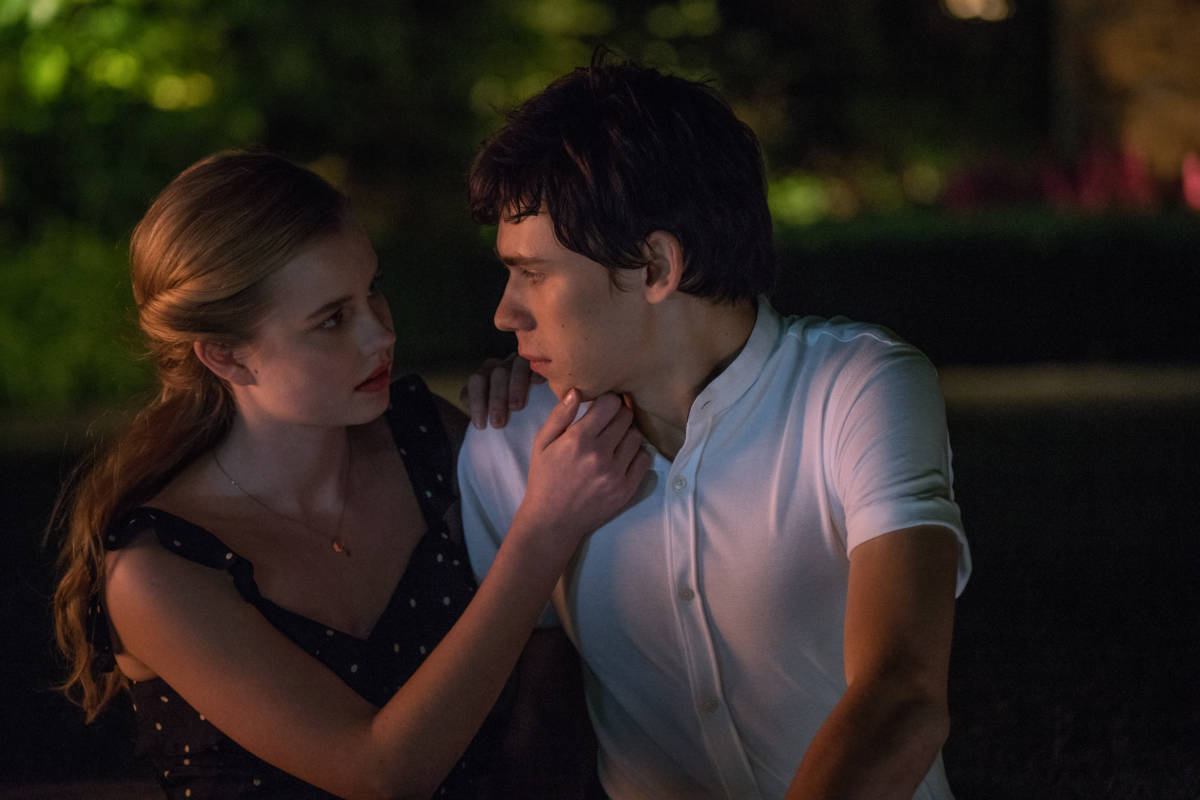 Thanks for joining Cultured Vultures today. How are things treating you?
Pretty good. It’s cold here in Chicago but I’m adjusting.

Every Day comes out on February 23rd. How excited are you to see the characters you created in a feature film on screen?
On a scale of 1-10, I’m about 11 right now, which is pretty good.

As a novelist, whenever your books get adapted as a feature film, do you ever have fears that it could be adapted in the wrong way?
Of course. I think any novelist is worried because we know that there’s no way to cram 320 pages into two hours. Something will have to change—some cuts will be made so you become very nervous about what those cuts and changes will be. I’m now 3-for-3 in that all adaptations of my books have been really wonderful. I actually have totally have been on board with the cuts they’ve made and the changes they’ve made. The fears are always there but no matter how many times it goes well, the fears will still be there. I’ve been really lucky that the results have been faithful to the books.

Where did the idea for the story come from?
It really was the premise that started. I was walking to work one day and just thought: what would it be like to wake up every day in a different body. I can’t remember what spawned this question. I guess it was early and I hadn’t had my coffee and my mind wandered to that. But then once I had that idea, I really was very interested in the premise of who you would be if you weren’t defined by your body and could you love somebody that changed every day? I basically sat down and started writing just to really answer those questions.

How long did it take to write the novel?
Probably about a year.

When the book was first published, it was on the bestselling charts for months. Why do you think that it resonated with so many people?
From touring around and talking to people, I think a view of this notion of getting to define who you are besides what you look like that really resonated. I think people were very curious about that. I think the fact that it is a paranormal conceit that is very easy to grasp—the whole notion of, Oh, I wake up as a different person every morning. That premise is so simple that it led very easily to the questions that result from it. I think people were very engaged by that question of talking about who you’d be if you didn’t have a set gender, a set race, or set DNA or parents—it’s just basically if you were just the inner you as we like to call it or a soul. I think that certainly had resonance with people just from talking to people about it.

What advice do you have for someone looking to write their first novel?
What I always say is don’t put pressure on yourself to write something that is publishable. Try to write something that you’re happy with—that is the first area to start. I, as a writer, started writing for my friends, not for publication. Eventually, I was good enough for publication after many failed attempts. I think also, speaking of failure—I also always tell writers to allow your self to fail. I think there’s so much pressure to succeed that like a musical instrument, writing is something that you have to practice, practice, and practice. Part of the practice is hitting lots of bad notes to get to the good ones.

If you could go back in time to offer your younger self any advice, what would it be?
Similarly to that, it certainly would be don’t get so thrown off when you mess up or when you fail. You’re still learning something even if you don’t realize you’re still learning something at the time. I think also to really just embrace the weird thoughts or feelings of imagination that you have because sometimes those actually will eventually turn into books. Sometimes you have a weird thought, and go, Oh, that’s weird, but sometimes they’re worth holding onto because they lead to something.

Do you have any other projects that you’re working on right now?
The next book I have coming out is in April and it’s with Rachel Cohn, who I wrote Nick and Norah’s Infinite Playlist with. We’ve written our fifth book together called Sam and Elsa’s Last Hurrah. It’s basically about a brother and sister who are about to graduate high school and throw a dinner party that’s gone horribly awry.

That sounds like it could make a fun movie.
Let’s hope. I’ve been lucky three times before. This could be the fourth.

Thanks again for your time.

David Levithan: Thank you so much. It was great talking to you.

Orion Pictures releases Every Day in theaters on February 23, 2018.