Despite a promising first act, In The Tall Grass quickly devolves into mediocrity. 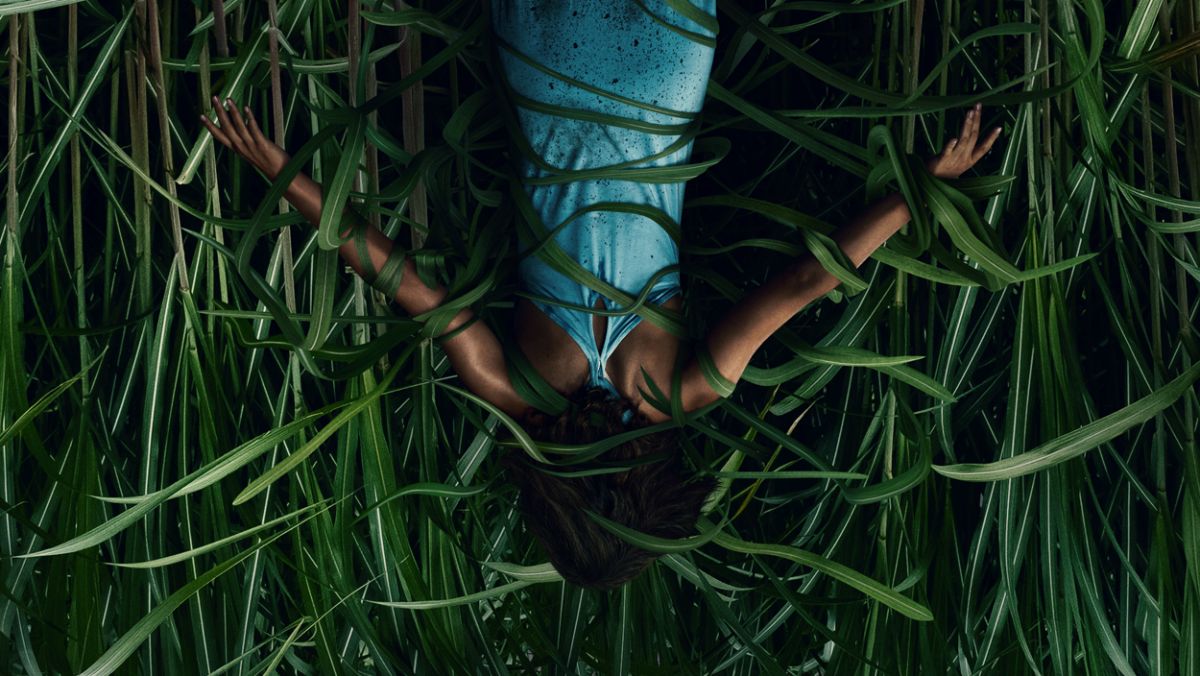 Once, when I was a kid, I became lost in the cornfield behind my grandparent’s house. What was initially a laughable inconvenience quickly filled my adolescent belly with fear. The punishing Maryland summer sun was beating down on me. Firm husks of corn irritated my skin as they brushed against my unprotected arms. Too short to look over the stalks. Too little to produce a booming call for help. I’ll always remember the feeling of being suffocated by the stalks. As if they were closing in around me. Trapping me.

And then it was over. What felt like an hour was, in reality, thirty-seconds of a kid’s aimless wandering. But what if I had never found my way out? What if the stalks were actively preventing me from leaving?

Herein lies writer and director Vincenzo Natali’s commendable feat with In The Tall Grass, as he makes palpable his character’s fear and despair. This being Netflix’s third adaptation of Stephen King’s work, preceded by the enjoyable 1922 and Gerald’s Game. Adapted from the novella co-written by Joe Hill, In The Tall Grass begins with a road trip from Hell.

Becky DeMuth and her brother Cal are driving cross-country to deliver Becky’s unplanned baby to an adoptive family in California. After pulling over due to a bout of Becky’s morning sickness, the pair suddenly hears a cry for help coming from the towering, and seemingly endless, grass meadow running parallel to the road. Their best intentions quickly betray them, as walking into the grass is simpler than walking out.

We are quickly shown, rather than told, that the grass defies nature. The pair become separated despite only moments ago being right next to one another. One moment they can hear the other’s voice and the next, it’s nothing but grass in front of them. As they become further lost in a seemingly never-ending maze, we learn that they aren’t the first ones to have ventured into the grass.

This is where Natali stylishly captures the essence of King’s source material. From its opening shot to the moment our protagonists step foot into the grass, the audience feels that they, too, are lost. The seemingly never-ending maze consumes the audience as much as it does our protagonists. Close-ups and continually changing lens perspectives replicate the fear and panic of becoming lost with no exit in sight.

As time goes on, we further delve into the defining traits of the grass and the mystery behind its vastness. Given the film revolves around a single location, the ways that Natali repurposes the environment staves off the repetition that slowly begins to grow.

This is done through set-pieces that become more engaging and ominous as their deeper meaning is revealed. For instance, what was initially perceived as a simple church parking lot across from the grass evolves into a metaphorical graveyard as we learn each abandoned vehicle represents a victim of the grass.

An evident and glaring hurdle to clear is the prospect of adapting a 62-page novella into a 101-minute movie. Inevitably, the longer it goes on, it will begin to lose its stamina. And this is most certainly the case with In the Tall Grass.

Quickly devolving from intriguing to repetitive, a lack of a personable cast further exposes the absence of an engaging narrative. An investment in their predicament would have helped retain interest and create actual stakes. Between sleazy sibling bickering, and a too little, too late boyfriend (Harrison Gilbertson), its dialogue is a flat affair.

You’re never given much reason to care for anyone, in particular, resulting in an uninteresting second and third act. There is also the seriously miscast Patrick Wilson. While no stranger to horror, given his lengthy tenor in The Conjuring universe, his demeanor is far too reserved to conjure up the manic energy his role is meant to produce. For lack of a better word, his character simply comes off as goofy.

I stopped caring about the characters and their plight, coupled with the dwindling source material so much so that my engagement all but dissipated. Making a rough second half rougher is the decision to have it unfold during nighttime. Abandoning the prior strong, sun-scorching terror undoes the genuinely chilling first half that Natali crafted. And while the finale features the most brutal moment of the film, In The Tall Grass ends on a whimper. A clean-cut ending that deflates the harsh and unforgiving tonal premise introduced early on.

Considering the uninspired slog of literary adaptations we receive every month, Netflix deserves some credit for selecting Natali to helm their latest King adaptation. Given the limited nature of the source material, he establishes a unique and engaging opening act that delivers beautifully on its premise. So it’s even more disappointing that after the legwork, it all devolves into mediocrity. And while In The Tall Grass never reaches the rung of unwatchable, its early chilling and atmospheric success becomes lost in the grass, giving few reasons not to look for an exit.

Verdict
Despite a promising first act, In The Tall Grass quickly devolves into mediocrity. A lack of personable characters and a baffling antagonist performance lacks the nuance and style of its first act.
5.5
Cultured Vultures is a pop culture website established in 2013 covering all things gaming, movies, and more. We eat your words.
All The News On The Biggest Games