IN DEFENSE OF: Thor: The Dark World 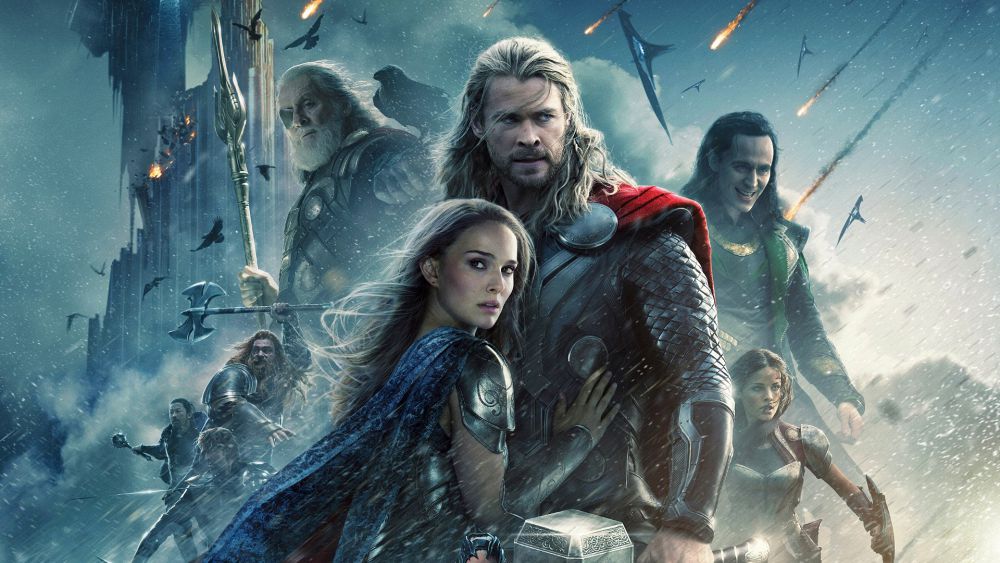 Like a lot of Marvel fans, I’m really excited about Thor: Ragnarok coming out in November. The trailers have all been fun, filled with great visual effects and fight scenes which have made me excited for the film. I’ve been really enjoying all the speculation from fans about which characters might make an appearance, and from seeing all the references to the original Planet Hulk comics that have made their way into the latest Thor movie adaptation. But there’s one thing I haven’t enjoyed, and that’s everyone crapping all over Thor: The Dark World, which came out back in 2013.

This isn’t just an isolated incident of one or two people voicing their thoughts, there seems to be a kind of general consensus from Marvel fans that Ragnarok will somehow be the only “good” Thor movie, and that its predecessors, particularly The Dark World, don’t bear thinking about. And honestly? I don’t get any of it. I’m here today to try to convince you that The Dark World was far from the trainwreck that everyone seems to remember it as.

If you haven’t seen The Dark World yet (and you don’t want to be spoiled!) come back here after viewing it, as I’ll be revealing a few plot points and key moments from the movie.

The narrative of The Dark World is, to be fair, nothing amazing or groundbreaking in its own right, but it’s a solid premise for a superhero movie. The Dark Elf Malekith (Christopher Eccleston) escapes a battle with Odin (Anthony Hopkins) and awakens to attack Asgard with a mysterious substance known as the Aether. It’s a standard Marvel plotline; replace “Aether” with “tesseract” or “Ultron technology” and you form the basis of Marvel’s other titles, but The Dark World has enough going on within its narrative to be able to have a unique take on the standard superhero fare.

Thor: The Dark World varies its narrative, however, with different scenarios including an escape scene, a tragic funeral, quiet, eery portal scenes and–of course, being a Marvel movie–plenty of fights. The Dark World has an incredible amount of emotional depth to it, and it’s one of few Marvel movies that actually made me tear up in the cinema, ultimately being a movie about sacrifice and love, above all else.

Another thing that I don’t understand is how everything is citing Ragnarok as being “the first funny Thor movie”. Thor as a franchise is at its best when it’s humorous, and we’ve seen its humour shine throughout the movies, whether that humour comes from Thor trying to figure out human customs and social cues, or through the quips and one-liners that hallmark a Marvel movie. The Dark World in particular is peppered with funny moments, from Loki’s trickster shape-shifting between his own form and that of Captain America’s, to Darcy’s cry of “Mew mew!” in the final battle. The inclusion of The Warriors Three also attests to the film’s purposeful lightheartedness, with the larger-than-life characters adding something of a farcical twist to the otherwise serious fight scenes. And, in the words of my friend Andrew: “Thor hangs Mjolnir up on a coat hook, what more do you want?!”

A lot of the humour also comes from the comic mismatching of Loki and Thor as teammates, something which people are excited about seeing in Ragnarok. Loki has always been a huge draw for audiences, and the fact that Thor has to put up with him for a decent chunk of the movie makes for some hilarious scenes. They quarrel and snap at one another as brothers do, and their “odd couple” team-up makes Loki’s apparent sacrifice towards the end of the movie even more impactful.

People also say that The Dark World is too far removed from the rest of the MCU, that it doesn’t feel as important because it exists, quite literally, in its own world. Apart from being untrue (a lot of The Dark World is set on Earth, after all), the same could be said for all of the standalone Marvel movies, the events of which usually don’t serve to affect the rest of the MCU’s stories. Iron Man and Cap have their own things to deal with outside of the big, multi-character crossover events, and it’s perfectly fine for these stories to not have direct consequences to one another. It makes the films more realistic–not everything is connected in real life, sorry Dirk Gently–and also presents a perfect opportunity for the filmmakers to focus more closely on character development so that the big crossover movies can focus on narrative and plot progression.

If you really don’t like The Dark World, that’s okay. It’s not a big event story, you won’t have to sit through it to understand the events of Infinity War, or to understand the plots of the next seven Guardians of the Galaxy movies. But I’m just asking you to rewatch it, if it’s been a while since you last saw it, and to just enjoy it for its own sake. It’s currently on Netflix in a lot of countries, and will take up less than two hours of your time. Just give it another go, and take it as what it is: a fun story about love and family and sacrifice, which serves to give some time to the Asgardian Gods which Marvel’s main storyline seems happy to ignore.