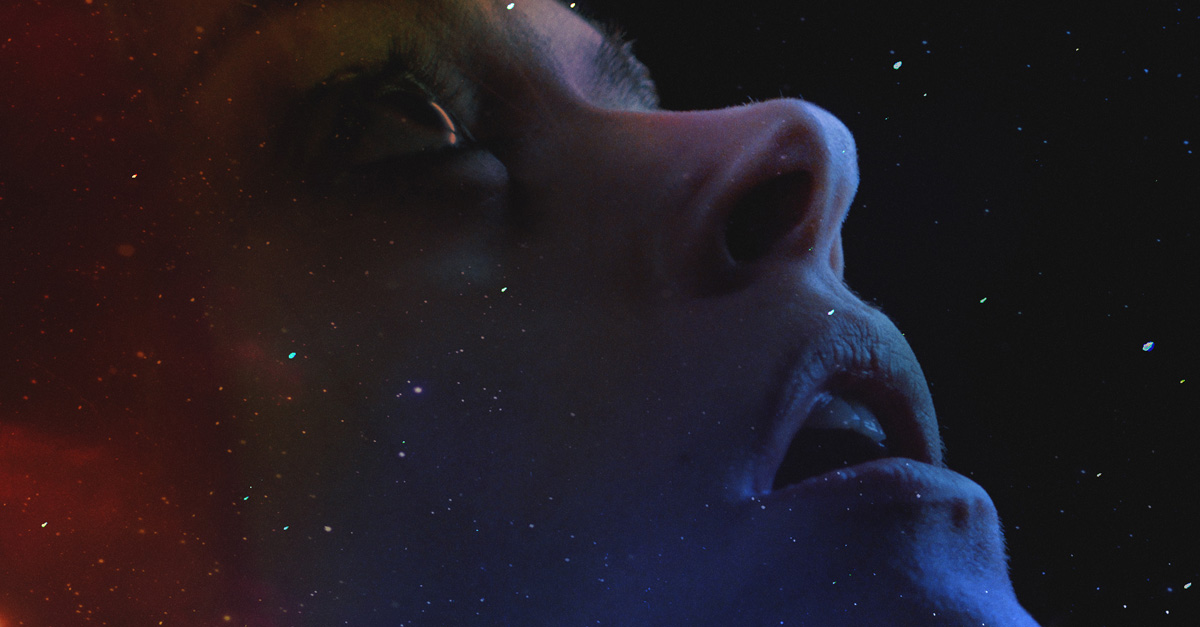 Epic Pictures’ Dread Central Presents label is really putting out some neat stuff. When I reviewed Terrifier, I was quite impressed with the hardcore violence of the thing. Now we have Imitation Girl, a wonderfully meditative arthouse science fiction film. This is not what I expected from them, and I am quite pleasantly surprised.

The clash of the imitation’s innocence and Julianna’s world-weariness forms the basis of the film’s metaphysical dialectic. But, of course, the alien and the woman aren’t total opposites. In fact, they’re both alike in that they are outsiders. Julianna because her profession and her life in the drug scene make her a permanent outlaw, and the imitation, well, she’s an alien, so there’s that, but she’s also imbued with the the romanticism of new discovery that one is supposed to have grown out of by adulthood.

That the imitation takes up with Saghi (Neimah Djourabchi) and Khahar (Sanam Erfani), Iranian siblings living in the U.S. is also significant in this regard. Writer / director Natasha Kermani is an Iranian-American herself, so there might be some element of autobiography here, at least on an emotional level. But the main thing is that the imitation takes up with a family who are also, in their own way, trapped between worlds and ultimately exiles.

As for Julianna, it’s strange how mundane her life is. No wonder she’s bored with it. She’s pretty much seen everything by this point, or she feels like she has, at least. Her one attempt to leave her old life behind and join the mainstream ends in total, humiliating failure, and so she starts to accept her fate, with all the apathy she can muster. Sex, drugs, love, are all the same, all just as boring. Is it so strange that these two alienated look alikes need to find each other?

Huge props should go to Lauren Ashley Carter for playing both of these characters to perfection. With one or the other of the main characters in nearly every frame of the movie, she has a lot of creative weight to carry. She’s so good that you really believe in these characters as distinct personalities. It’s an amazing thing to watch.

Hell, the entire movie is near perfection. Kermani is an absolute master of shot composition, staging every scene to perfection. If there’s a closeup, which is rather rare, there’s a well-thought out reason behind it. Indeed, it’s hard to imagine there being any better combination of shots and cinematography than what appears on screen.

The story is a bit vague and abstract, which might turn some people off. I certainly love this kind of ambiguity, so Imitation Girl hit a sweet spot for me. Still, even if you’re not into the story, it’s hard not to appreciate the stunning visuals. Every color, every prop, every landscape shot is packed with meaning.

Imitation Girl is available now on VOD. It will be released in selected theaters on 4/20. The author was given a digital screener for review purposes.