Home
Wrestling
What Is A WWE ‘I Quit’ Match?
Wrestling
·1 min read

Don't quit, you got this! 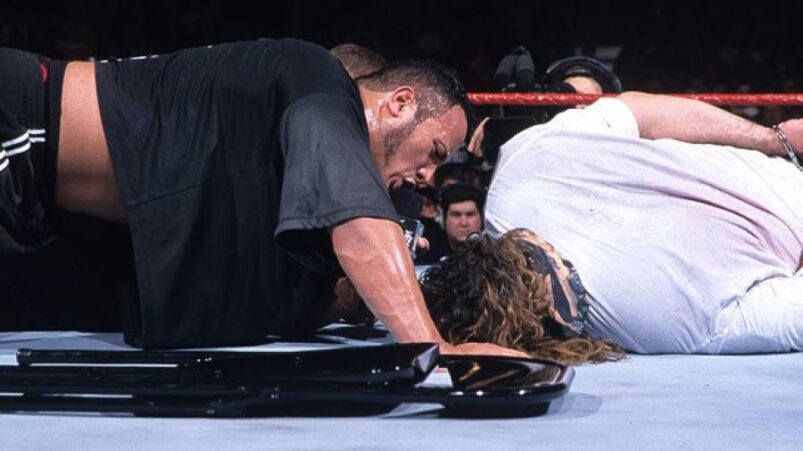 What an embarrassment it must be for one of the biggest and strongest wrestlers in the world to have to announce that they give up in the middle of a fight. Well, that’s the premise of WWE’s ‘I Quit’ stipulation.

When a rivalry has been prolonged by several rematches and false finishes, the big guns are rolled out in the form of one of wrestling’s most iconic gimmick matches. These could include the Hell in a Cell, an Extreme Rules match or potentially the ‘I Quit’ match.

The name of the game is to force your opponent to scream out the words “I Quit” into a live microphone, by any means necessary. This means that the two superstars involved have to beat each other so mercilessly that their opponent sees no other option than to verbally throw in the towel.

There are no disqualifications or count-outs to restrict the wrestlers’ brutality. All sorts of weapons and crazy set-ups can be used to inflict more damage to their rival and leave them in dire situations where they are forced to quit. The ‘I Quit’ match stipulation is rarely featured in current WWE television, but when it is, you can be guaranteed a fun encounter.

Probably one of the most notable ‘I Quit’ matches from wrestling’s history would be the Royal Rumble championship match between Dwayne ‘The Rock’ Johnson and Mankind, the match which became a focal point in the acclaimed documentary Beyond the Mat. Foley took all sorts of bumps and headshots that would be shunned in this day and age, but it was that sort of ferocity that helped make this gimmick match a solid fan favourite.

Over the years, some of WWE’s most famous superstars have found themselves forcing a microphone into their opponent’s face, hoping they’d utter those two fateful words. For fans of the likes of John Cena, Kane, Triple H and Rey Mysterio, you should make it your mission to track down their spectacular ‘I Quit’ showcases.

READ NEXT: What Is A WWE Hell In A Cell Match?