Put on some headphones, prepare for death. 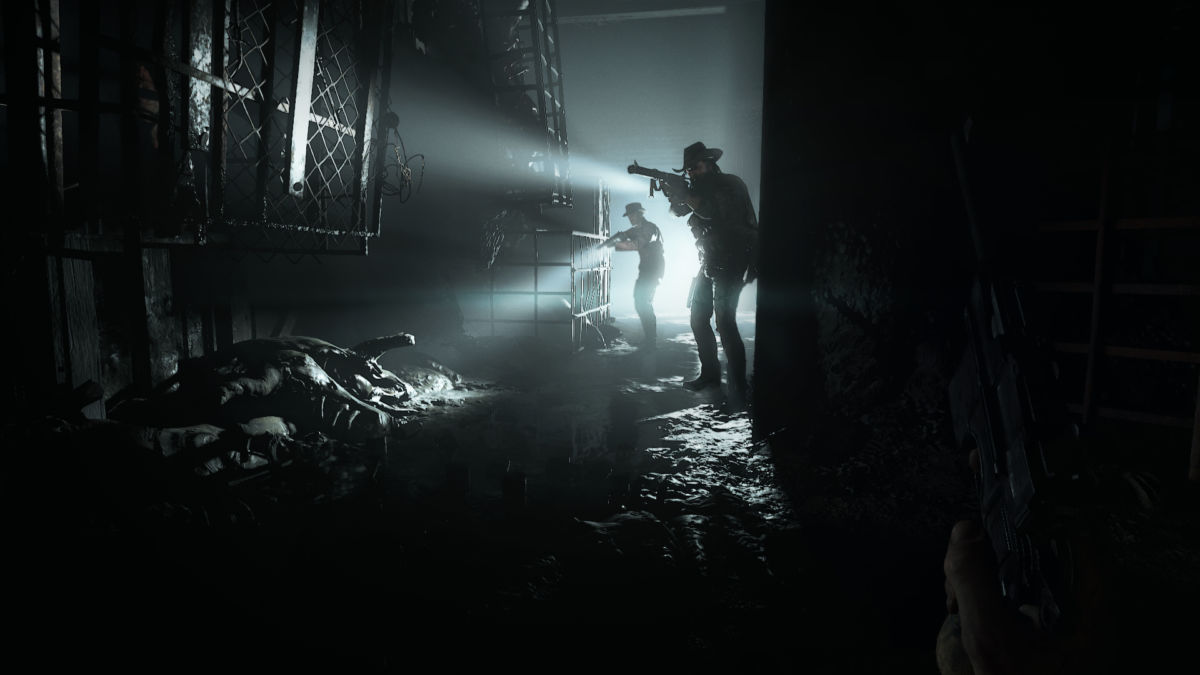 No horror game can properly provide the frights unless it has the sound design to back up the viscera. Can you imagine Nemesis without his iconic “S.T.A.R.S.” drawl? Or the underwater section in Amnesia without that damned splashing all around you? Or, in the case of Five Nights At Freddy’s, a jumpscare without the screech of several oboes fighting a gang of cats?

Some may argue that Hunt: Showdown shouldn’t be classed as a horror game, that it’s more in keeping with a battle royale than Capcom’s classics. I couldn’t disagree more, and that’s down to how immaculately nightmarish Crytek’s audio design is.

The visuals of Hunt are what may strike you at first, Crytek showing off once again with what their engine can do by lavishing dank bayous with vivid lighting and unforgettable character models. Even the zombies, which have been done to death and then undeath in gaming over the last ten years, are fairly unsettling in their appearance with faces twisted beyond recognition. Their gurgles and screams are all spine-chilling, though not particularly threatening. Setting them alight is almost weirdly tragic, their panicked screams reminding you that they were once human.

It’s when you get to the big guys, though, that Hunt: Showdown’s impeccable audio design starts to really grab your attention, particularly with regards to the spider boss, who emits noise that seems to originate from a level below hell. Arachnophobes need not apply, yet you will probably discover some new phobias during your time with Hunt: Showdown anyway.

The way Hunt uses audio almost like a compass is also rather inspired. Its big, daunting map can be rather disorientating at times, meaning that it’s easy to get lost — or dawdle into the unwelcoming path of another player. The 3D audio helps you to find your way with chickens clucking to let you know that a farm is nearby, or gunshots ringing out to warn you of nearby players. Gunfire echoes around the map, yet you always feel like you have a good idea of where it comes from.

The game’s audio can betray you just as easily as it can help you, though. Dying horses will whinny and give away your position unless put down, and even something as simple as stepping on a stick can act as a dinner bell. Rabid dogs are probably the loudest sound lures, them barking until you either take them out individually or lob an explosive into their enclosure. Yeah, if you couldn’t tell already, PETA would not be happy with Crytek.

If you’re thinking of playing with a friend via Discord for comms, don’t. Instead, use the in-game chat and don’t forget to whisper while near each other. This is because the closer you are to each other, the clearer the chat is, it dwindling away if your teammate goes too far. There’s a caveat to this neat system: enemy players can hear you too if they are in the vicinity. I vividly remember getting the jump on two strangers because they were nattering away like it was VR Chat. They still killed me, mind you, but at least I gave them a spook.

For me, audio design is one of the most undervalued aspects of video games as a whole. I won’t ever forget the soaring auditory beauty of Journey’s final trek, and I don’t I will forget Hunt’s the Satan-speak coming out of Hunt’s spider, either — as much as I may want to.

From our Hunt: Showdown review:

Hunt: Showdown is an incredibly intense and sometimes nerve-racking game that will require a lot from you. In return, it delivers an experience and a world you will have a hard time finding anywhere else.